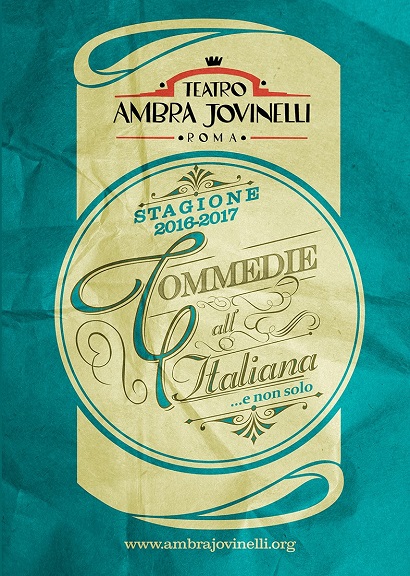 On 2016, 1 July at 11.30 A.M. at the theater Ambra Jovinelli the Artistic Director Fabrizia Pompilio presented to the press on the program of the next season. The slogan that was chosen for the 2016/2017 season of the Teatro Ambra Jovinelli is “Comedy Italian style. … AND MORE.” Building on the success of the previous season that has seen many sold-out, it leaves to the large, bearing in mind that over the years has characterized the programming of this theater, or the comic and popular. Where the term “popular” as stated the artistic director, he has to have a meaning totally positive. “Popular for me is something to appeal to everyone, which can run into various sectors of the public and is open to different interpretations. For us, often the choice of a popular artist becomes fly to bring representations that otherwise would find an audience more restricted “. In fact last season an artistic operation as that of Richard III starring Massimo Ranieri had indeed intended to lead to a wider audience a challenging text through the interpretation of a popular artist.
And in line with these assumptions, the new season will be opened by a musical show, “Largo al factotum” (from 20 to 30 October 2016), a fascinating and entertaining journey through the history of classical music, which will guide the viewer a popular and ironic artist as Elio, accompanied by renowned pianist Roberto Prosseda. 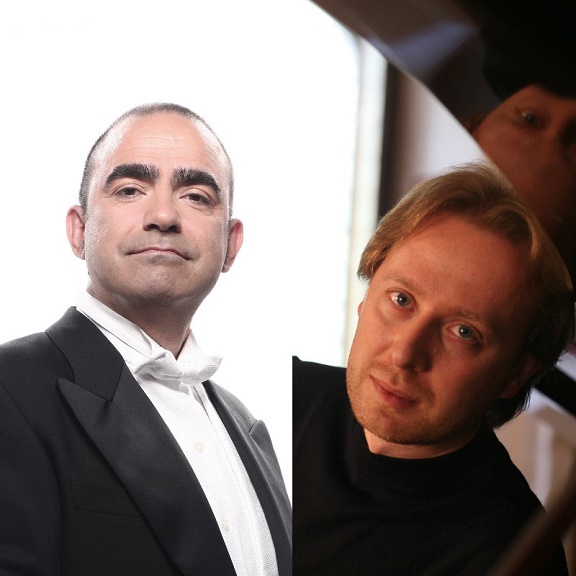 Consequently always a musical show will close the billboard: “Freewheeling” (from March 30 to April 9, 2017), a show directed by Giovanni Veronesi; the clash between 4 friends (Alessandro Haber, Rocco Papaleo, Sergio Rubini and the same Veronesi) creates a real show of Lyric Theatre, a musical conversation between memories, anecdotes, art and friendship shared experiences. 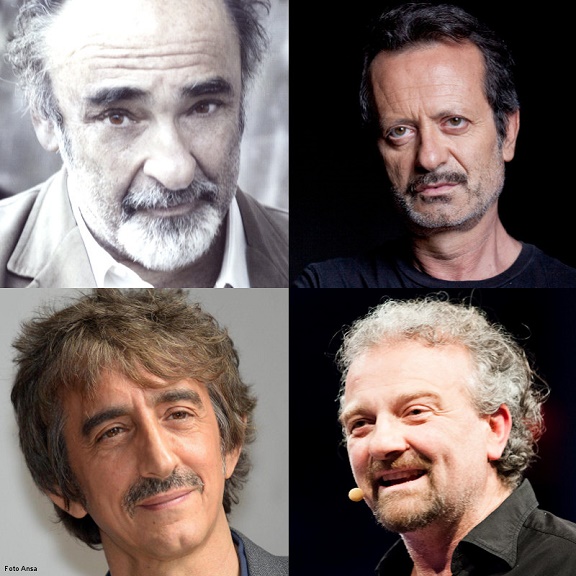 For the rest of the new season Ambra Jovinelli based mainly on prose, especially on contemporary Italian comedy, although the bill there are also two contemporary American comedies like “Hollywood” written by Ron Hutchison (from 17 to 27 November 2016) and ” Venus in Furs ” written by David Ives (from January 26 to February 5, 2017).
“Hollywood” adapted and directed by Virginia Acqua with Gigio Alberti, Antonio Catania, Gianluca Ramazzotti (which with his Ginevra International Media also produces the show) and the participation of Paola Giannetti is the story among other true of producer David O. Selznick and the most colossal cinematic works of all time: Gone with the wind. The incredible vicissitudes of the “behind the scenes” that few know they create a hilarious comedy and offer a glimpse of Hollywood, very embodiment of the movie and his extraordinary ability to create parallel universes and travel through time, where anyone can escape from everyday life. “Hollywood”, from his debut in 2004 had more than 10 million viewers around the world between America, England, France, Australia, Canada, Mexico, to name just a few countries and that for the first time will now be staged also in Italy. 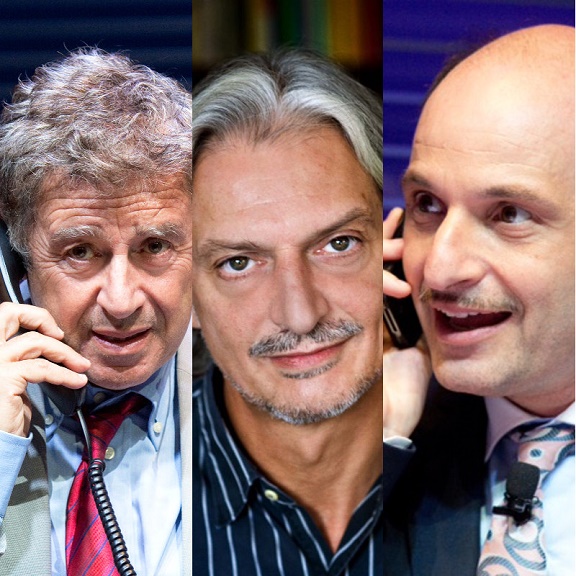 Also on the entertainment world it is the scenery of the second foreign comedy that will be staged in this season, “Venus in Furs”. It is the story of a director, Thomas Novachek who is looking for an actress to the role of the protagonist in his adaptation of the novel Venus in Fur (Venus im Pelz, 1870) Austrian Leopold von Sacher-Masoch. At the end of a day of hearings are unnecessary Novachek That You are on the phone complaining about the inadequacy of the actresses, when suddenly bursts into the scene disturbing Wanda Jordan. At first glance it is completely out of the role, but the woman, with a great seductive power, is willing to do anything to be hired to interpret her almost namesake (Wanda von Dunajew) in the piece of Sacher-Masoch / Novachek. It will stop at nothing to get what he wants. Between director and actress is triggered an ambiguous role play. The two characters engage in a dramatic duel in cui the line between reality and fiction is getting thinner. This sexy dark comedy award-winning Ives (won several Tony Award on Broadway in 2013 and Polanski has directed a film version) will be staged in Italy for the first time ever, the interpretation of Sabrina Impacciatore and Valter Malosti, which also he will direct .

For the rest of the season is in the name of contemporary Italian comedy that, while making you smile, probe deeply human relationships and social customs in today. It starts in fact in November (from 3-to 13) with a Salemme comedy, “Good Daddy” (2006), played by Biagio Izzo, an artist, who returns to Ambra Jovinelli after the success two years ago with another Salemme famous script, “the Friend of the heart”. The show is a production of the Teatro Cilea of Naples of which the Izzo himself is the artistic director. 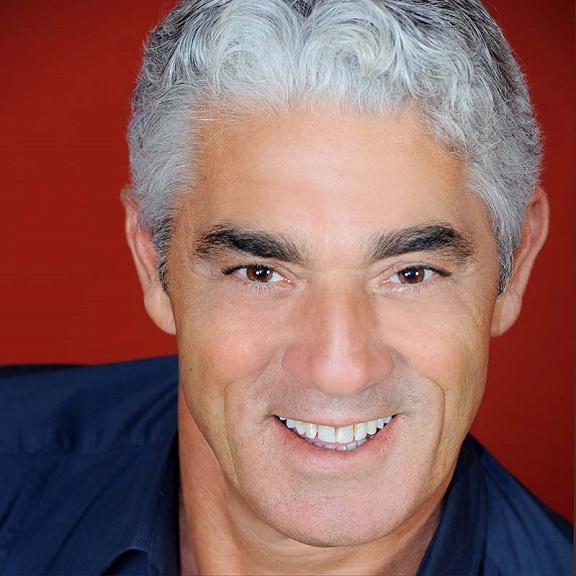 It continues in the wake of good Italian drama in January (from 5-to 22) with a now “cult spectacle”, a monologue that since 2005 was a great success in many Roman theaters, or “The best,” written and directed by Mattia Torre and starring Valerio Mastandrea. This play tells the grotesque story of Alfredo Beaumont, a normal man who as a result of an accident (for which it is responsible, even if acquitted) enters into a deep crisis and become a bad man. Suddenly, the company opens all doors: a merciless picture of the current human relations more and more marked on mechanisms of oppression and arrogance, where, as in the jungle, he won the most ferocious.

From February 23 to March 5, 2017 Laura Morante will play a contemporary Mirandolina in the comedy “Locandiera B & amp; B” written by Edoardo Erba and directed by Roberto Andò. The author Edoardo Erba revealed that the idea came from the discovery of a small Italian social phenomenon of our time: increasingly women over forty in possession of a property, to be able to keep expenses turn it into a Bed & amp; Breakfast, thus opening a new phase of their lives, usually following a loss (divorce, widowhood, dismissal), with an enthusiasm and vitality which, as pointed out by Erba, only women can have. Therefore we will see Laura Morante in an unusual way, performing a woman capable of reinventing herself, despite the loss of her husband and capital issues, with humor and sensuality. And just like the character of Goldoni able to extricate himself in different situations, thanks to a cunning and seductive power that not even know you had.

From 9 to 26 March 2017 is to stage the romantic comedy “Two” by Luca Minieri and Astutillo Smeriglia, directed by Miniero with Raul Bova and Chiara Francini performing a young couple struggling with the beginning of a co-existence, a moment delicate in love life. More so when you realize that in fact is believed to be in two, but it is in many more, as the couple’s life is strongly influenced by the many characters who move around: parents, friends, lovers and so on. Attendance interpreted by the same two protagonists who will accompany physically scene of cardboard with various persons evoked by their dialogue. At the end of the stage it will be populated by all these shapes and the two actors: the stylized image of a real-life couple, tiring and sometimes senseless. 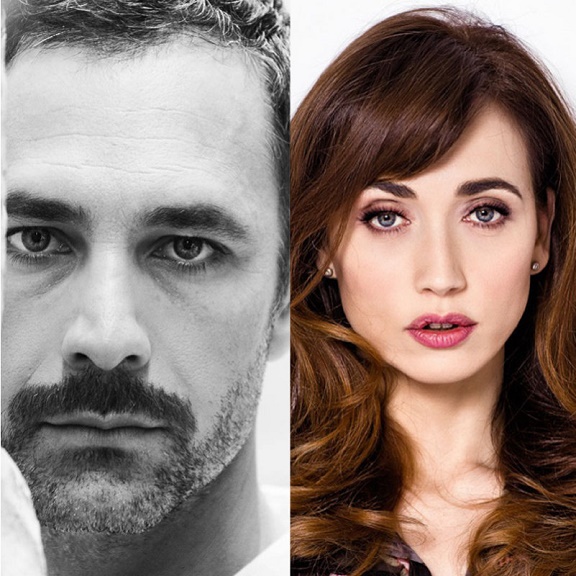 It ends happily with the sparkling one woman show of Paola Minaccioni in “You are here” by Paola Minaccioni and Michele Santeramo, directed Paola Rota. The brilliant Roman actress gives life to a group of strange characters who live in a tiny apartment and folk who are facing an unexpected event: the old Mario disappeared. No one knows anything for days. Kidnapped? He went away for free will? Dead? A tenant of the same building decided to alert the only institution that recognizes, and entrusted with the search: television. That’s why a journalist breaks into the lives of these characters, and forces them to show up, dig into their lives in search of a particular, a sign, a little guilty, and if he is lucky: a scoop. “The story runs through the testimonies of all present and the mishaps that happen to Wanda, his wife, the only one that tries to look on the streets of the city.
The actress repeats his comic characters born in the theater and made known from television and with the playwright Michele Santeramo places them in a structure highly theatrical dramaturgy. 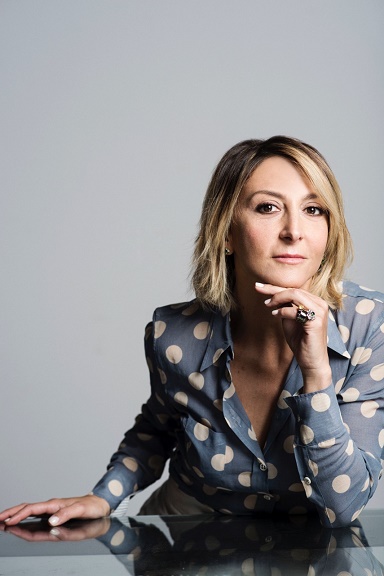 This year the Teatro Ambra Jovinelli will arise as a place for meeting and sharing for the artists and the cultural revival of the neighborhood.

As stated by the artistic director, “The Ambra Jovinelli is a private theater and a theater that does only hospitality. We do not make production, but we have worked to be traveling companions, companions of artistic projects, often supporting the work of others, in fact collaborating with the Teatro della Pergola in Florence which is a very different reality from ours. ” In addition to this the Amber Jovinelli can also boast other important collaborations with prominent Theatrical Productions as Nuovo Teatro. Finally, we note in particular the partnership with the playwright and screenwriter of TV and cinema Mattia Torre. During the next theater season he will be dedicated to the author and director Roman a special showcase, to tell his artistic career in recent years. The shows “Here and Now”, “456”, “Best” will lead the way to the production of a new script that will be staged in the 2017- 2018 season. 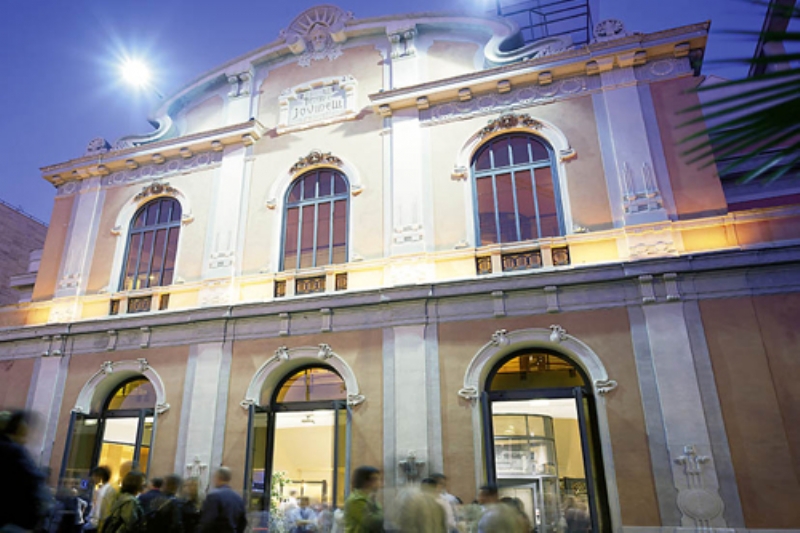 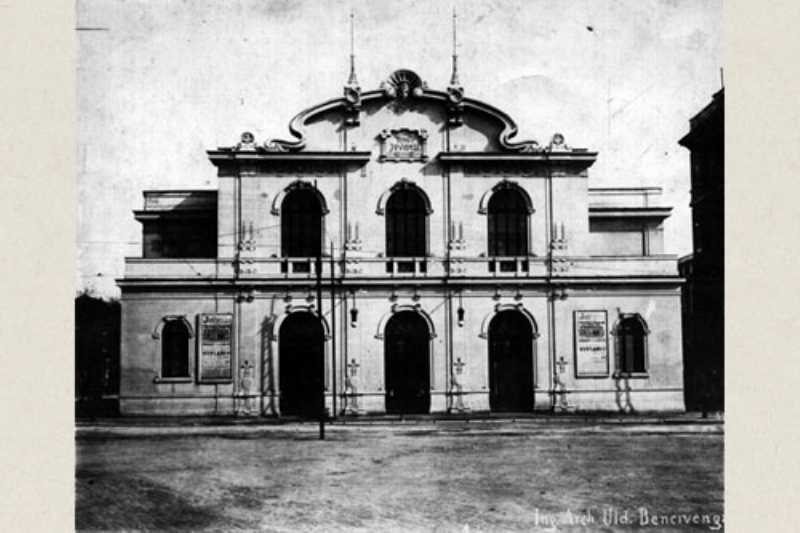