The title of the play directed by Max Caprara and on stage at Teatro dell’Orologio from 8 th December to 20 th, commemorates the play by Yasmina Reza, consecrated by Polansky eponymous film of 2011. Here too on the stage there are two couples, a hamster, children’s spoken only, but who are not present, and finally … a fake friendliness that turns into conflict, in a climax of violence and exasperation. Yet compared to the masterpiece of Reza, Carnage Caprara stages actually something different, or rather shifts the focus of the conflict over the social environment, by staging a corrosive split of “class struggle” in the midst of economic and values crisis running through our country.

In fact, the two couples on stage, as warriors in a shad, defending two diametrically opposed visions of society and nurturing the outset hostile prejudices towards each other. This suspicious perception of the other as stranger comes to a comic climax that one of the two pairs is so determined to consider the source “foreign” the other couple merely beacuse the latter has lived for some time abroad.

Clara and Gianni, a couple belonging to the upper class (both spouses work in the financial sector with management positions) invite to dinner the new neighbors, Alberto and Marta, perhaps the only ones living in their own stable, once prestigious and now uninhabited: it is however a couple of more modest social background (he is a taxi driver and she is a housewife with her artistic ambitions) that with them has nothing in common, except that both pairs have a lively child. In fact the pretext invitation to dinner by Clara and Gianni is a hamster who want to give to the son of their new neighbors.

But from the beginning, beyond appearances and hypocritical ceremonies, the atmosphere is not the most welcoming. Meanwhile the dinner, originally submitted as very fine, was not prepared by the lady of the house, but was ordered to come to the restaurant and late in coming; the son of John and Clara is locked in his room and it is given to know the reasons of such imprisonment; Gianni insinuates that water leakage in the bathroom of their apartment to be caused by a failure that is in the new neighbors’s bathroom ; the hamster cage, “gift” for Marta and Alberto’s son seems to be empty. 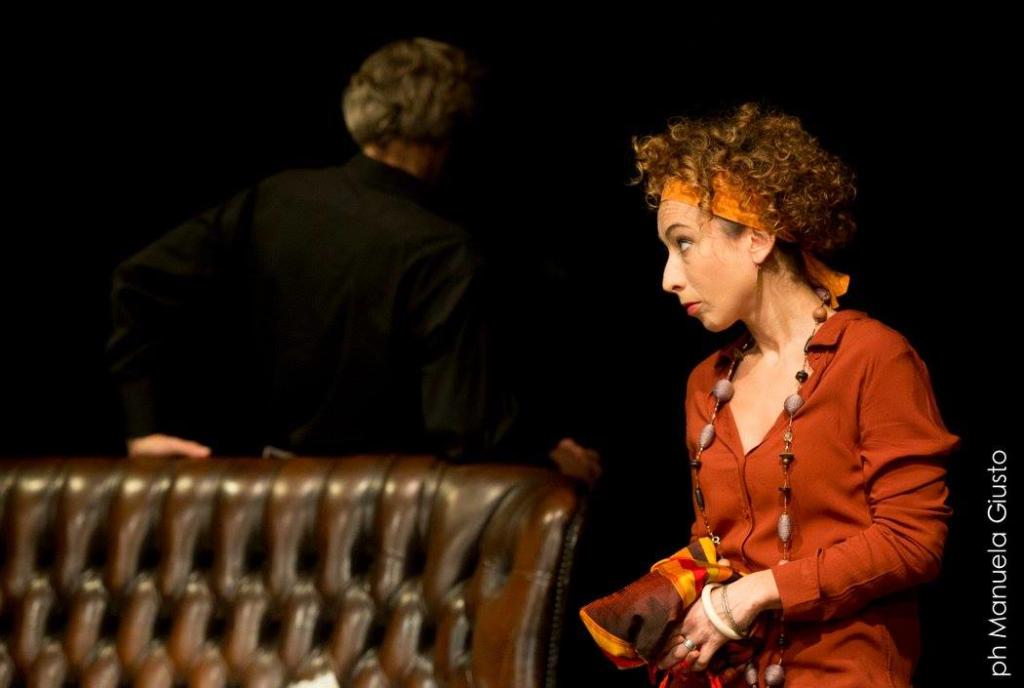 From these first smudging the idyllic picture that the two pairs are scrambling to create, slowly conflict mounts and involves all aspects of the lives of two couples from the education of children to work, politics and culture. It takes place as a real game in the massacre, precisely the “Carnage” of the title, which comes to an excess of violence that leaves shocked and at the same time devoid of ideas and forces the protagonists themselves. Finally comes the dinner ordered, the four, laid down their arms, they bring to the table, but have nothing to say. The emptiness reigns sovereign in the final, that same lack of values ​​and ideas the characters of the play are personified. 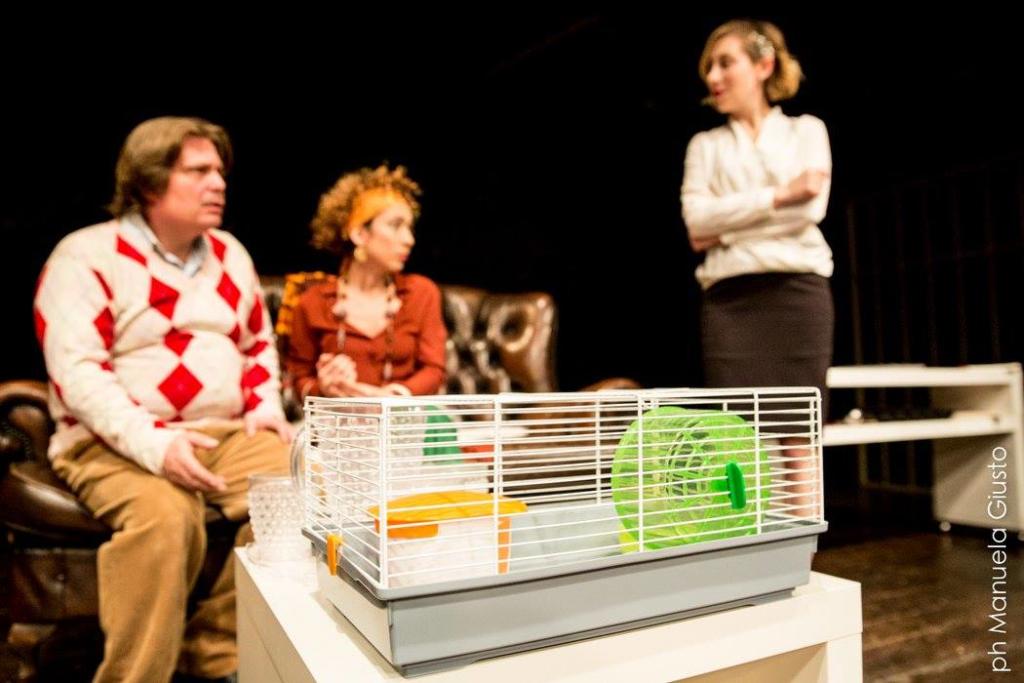 The script drafted by Caprara, inspired by the masterpiece of Reza, is a black and corrosive comedy, with a lashing rhythm, supported perfectly by the four performers (Michele Bevilacqua, Max Caprara, Veronica Milaneschi and Giada Prandi) who were able to perform in a really credible way characters are not easy to interpret, digging deep into their obsessions and neuroses and managing to make grotesque masks that you can laugh, although bitterly. 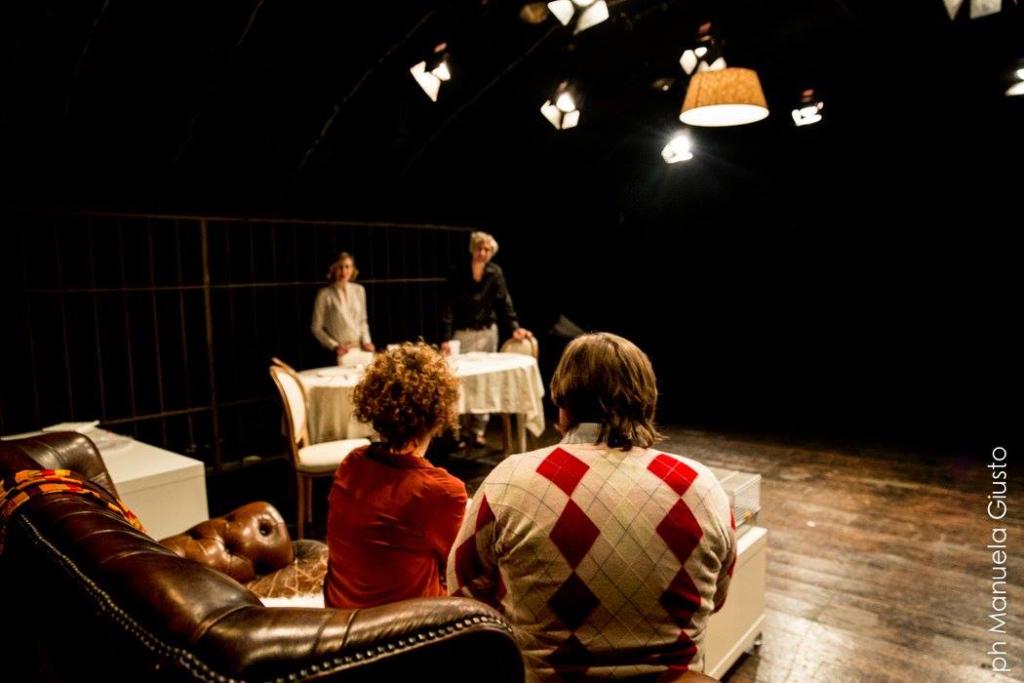 Contribute greatly to the atmosphere of fear and oppression also the excellent soundtrack, composed by original music by Stephen Switala, author of soundtracks for film, theater and television, and the stage design by Tiziana Liberotti. In particular musical overture thrilling and reminding Hitchcock films’ atmosphere, which opens the show, while the clever play of light created by Luca Carnevale reveal gradually the empty scene again when the story takes place, it plays a diegetic function and transmits now the audience a sense of unease. Besides the minimally scene, a bourgeois living room delimited by gates, makes the apartment feel rather an arena from which will come out cages wild beasts ready to get slaughtered: and this makes the set symbolically and effectively functional to the story. 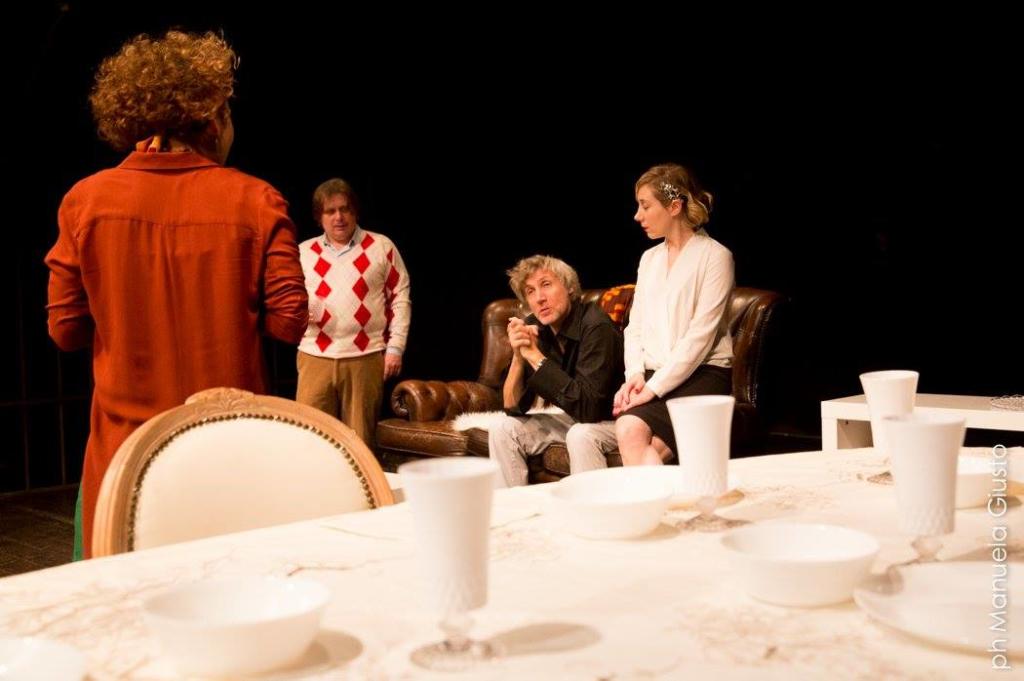 “The Carnage” was born of the artistic proposal of the Cultural Aut-Out in collaboration with OTNI. These are two independent cultural realities that have however in common the search of new theatrical languages ​​appropriate to represent our society in its current most pressing problems. And in this we can say that this show is a successful experiment.