FINDING CAMILLE, a film by Bindu De Stoppani
Camille (Anna Ferzetti) decides to set off on a long journey with her father Edoardo (Luigi Diberti), a former war correspondent hit by Alzheimer’s, looking for his past memories and eventually finding her own way to move on with her life. She will meet Leo (Nicola Mastroberardino) along the way, a wanderer musician by which she will rediscover the simple joy and the beauty of the unexpected.

Daughter and father leave secretly on Edoardo’s ramshackle van towards Bosnia, on the way of his latest work as a journalist. The unlikely quest for another unidentified Camille, repeatedly referred to by Edoardo, marks even further distances between the characters, eventually leading Camille to exasperation. However their relationship gets stronger and more intense through the dramatic moments of the disease as well as passages of absolute simplicity and kindness like in a classic coming-of-age story, emphasizing the tones of either drama and comedy in a constant shifting, which is also well highlighted by a musical selection rather inclined to romance. The final revelation, the epiphany at the end of the journey that comes unexpectedly, moving and beautifully written, worth the whole story.

Actress and Director Bindu De Stoppani, who was born in India into a Swiss Italian family and specialized in acting in London, crafts Finding Camille as a second feature (after 2011’s Jump) shaped like a limping road movie that runs at the pace of the freakish van from the 80’s, on the strenuous path of memory, identity and the desperate need for communication.

Although the plot is somehow abused, although some deepened intimacy with the characters is missing, the film holds his strength on the performance of his actors, above which Luigi Diberti shines with his rendition – indeed intimate and yet not illustrative – of a dogged family man bereft of his own self-awareness, in search of a meaning that could put together the pieces of his life.

DoP Marco Barberi’s cinemascope is also worth to be mentioned, confidentially depicting former Yugoslavia’s sceneries in which our characters move and relate to each other. 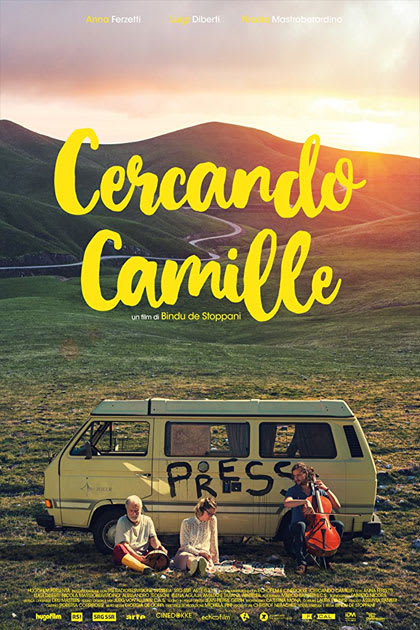 Natural born photographer, I work as a documentary filmmaker.
I used to shoot pictures for arts and sometimes I still do.
I write tales occasionally.
Music is in my veins.