A smart text, “magic“, bracing, ironic, sometimes dramatic, that of dEVERSIVO, written and performed by a talented Eleonora Danco, which will remain at the Teatro India di Roma from 19 to 29 October 2017.

At first, in a room packed with a qualified audience, composed also by celebrities, actors and television writers-by Maria Rosaria Omaggio a Lucrezia Lante della Rovere to Valentina Amurri-lo show made sense from the very first beats, we witnessed a very enjoyable piece.
Warns the brochure “Are logbooks, scattered fragments, almost suspended, tracing a route scenic inhabited by a dual reality” and they did.

The fast pace but light that Danco, for 70 minutes, it manages to give his character, stubbornly committed to resist to pursue her dream of bi-Director-performer who tries to complete the production of his show, while moving among the many difficulties of a shabby and lost Rome, is one of the reasons why it would be a shame to miss this opportunity of seeing. High and warm appreciation: the audience, at the end of the show, the artist greeted with thunderous applause. 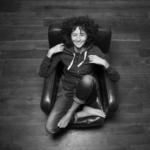 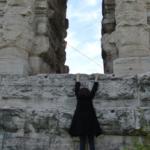 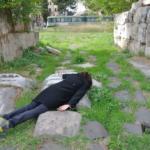 A single act on the theater and on Rome. A world, that of the theater, seen in the eyes of an independent artist. His struggle for the conquest of the stage, a rebellious and contrived conflict in a brutal and unstable reality. People and places cross the head of the protagonist, throwing it up and down the scene, as well as in life. deVERSIVO is also Rome, between the Bernini and the enormous Plasmon cookie that is Porta Maggiore. Enter the tram, the electric caterpillar, and look in the air at Sant’Andrea della Valle. From the suburbs to the historic center, the character bows, picks up and fights for his urgent desire to stage his visions, bouncing from sheet to road, and from street to stage. A rough maze of an arrogant and labyrinthic reality from which you can not leave, if not perhaps on a stage. In the Theatre.