A retrospective of the maestro Francesco Del Drago at the Carlo Bilotti Museum on the great Roman artist, who study all his life the color phenomenology.

To those who knew him in the past he told me about a strong personality without many words, outspoken, demanding, always working with his pencils, you finely portrayed in a very short time become one with an abstract language, and an ongoing study on color that accompanied him throughout his life.

The teacher said: “Until the time of Matisse and Picasso, painters created paintings that were used to be seen by the eye. Today we try to act directly on the transmission from the retina to the brain, and I personally rewarding area of hedonic synapses. ” As there was said Jean-Pierre Changeux studying the stimulus-pleasure nexus to reach true happiness, also called synapses of pleasure or hedonic. So the art must take possession of the viewer as becoming, in a climax, a unique thing, what better way to dive into color creating us pleasure. 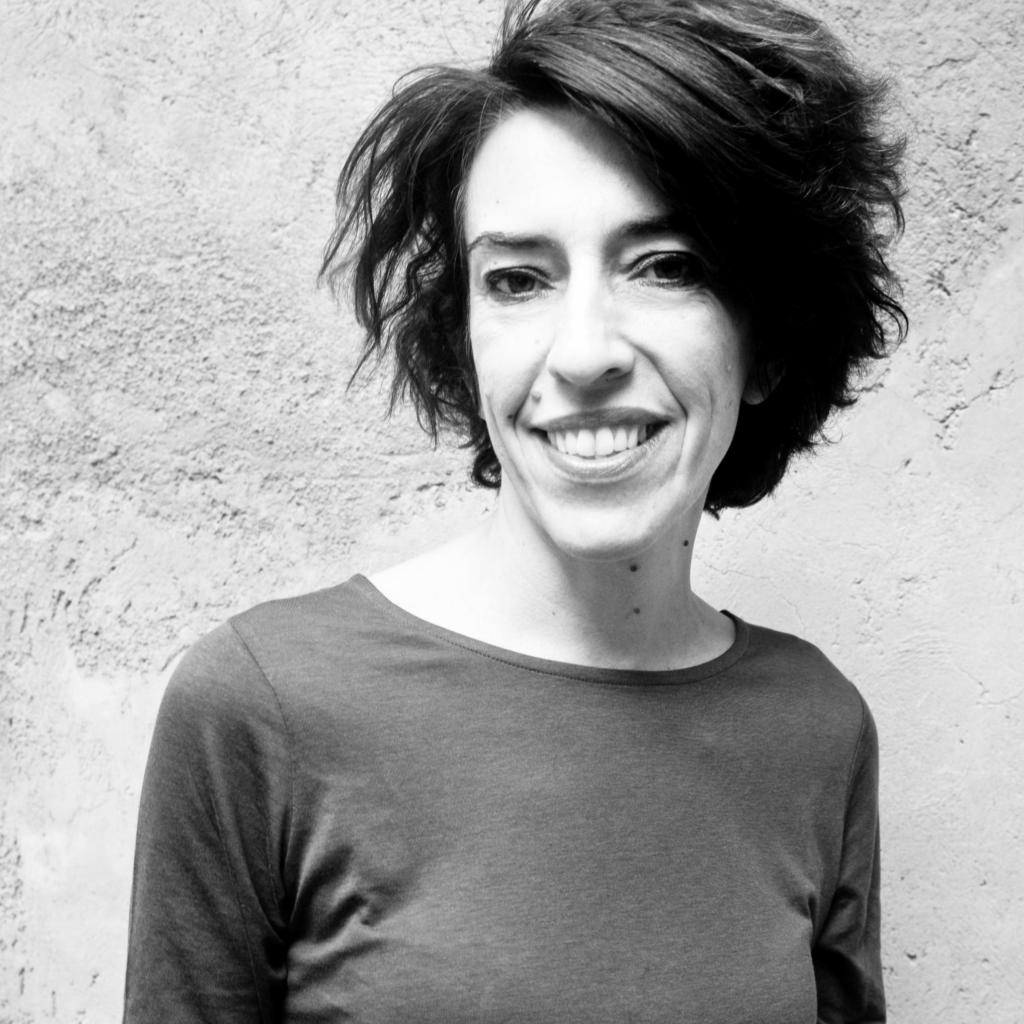 1) About Francesco del Drago, a man and artist …

In Francesco Del Drago man and coincided artist, painting was indeed the center of his life. He was a passionate and methodical man, curious about every aspect and at the same time capable of great concentration. Followed a work schedule clerk: the artist otherwise ‘genius and recklessness’ that the tradition has given us! The morning was devoted principally to the diary writing and study, the afternoon to the actual painting. He had three studies, one in Paris and two others in Italy, in Filacciano, in just the countryside outside Rome and Fiumicino. Sunday was, however, for family and friends, who came for lunch. I remember many discussions on the political situation and the cultural one, on the art scene and etc …

His artistic career has led him to develop a personal style, its aesthetic?

I think the most important thing to consider in order to understand his style, is his search for beauty in art. At a time, his own, in which the term “beauty” was banned by most critics and artists, he was looking for a beauty that is accepted universally. All he has achieved, by the realists paintings from the 50’s, to large abstract polyptychs on display at the Museo Carlo Bilotti are a consequence. 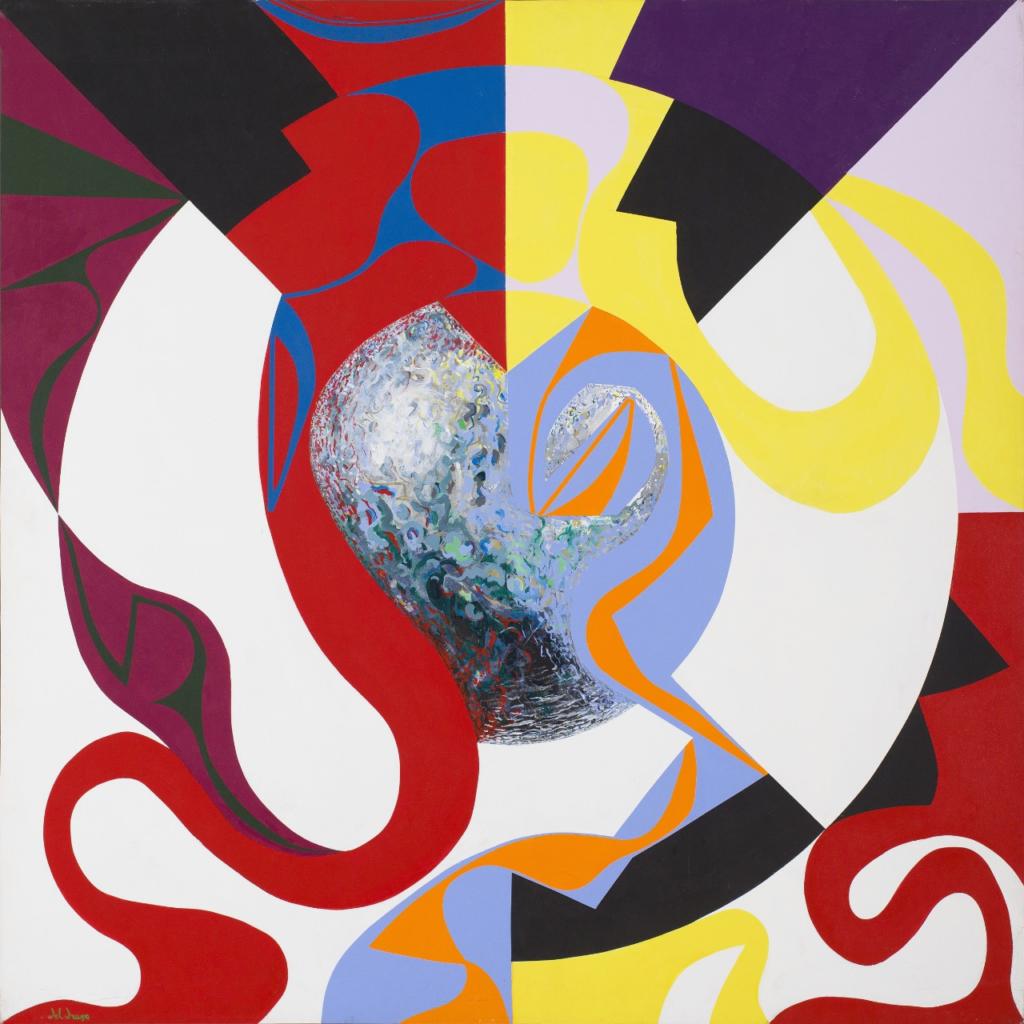 2) Dialogue with the color? How and why?

From early childhood color has always attracted a great deal, to become the focus of his research. His father, an amateur painter, who taught him the rudiments of painting technique, noticed this attraction made him share, in the palette, warm colors cold colors. And then his choices were always oriented to the development of a color theory and its application: although he has always tried to find a balance between form and color, there is no doubt that his paintings are structured around the agreements color.

Mathematics and color have a big relationship, as studied them, looking for something in particular?

He was very interested in the latest achievements of mathematical thinking in order to develop some aspects of his theory. Morphogenesis in the form, for example, inspired by the theory of the “disasters” of the French mathematician René Thom, a form a “masculine”, tough, evolves into a more sinuous and “feminine.” And of course for the elaboration of the “Chromatic Circle.” The new color wheel: it is based on the reality of the pigments and not on the abstract colors of physical physics. To get the right pair of complementary colors, like tone, just find the opposite color equidistant from the center. Dragon has expanded the color range used by Newton on, because he discovered that in addition to the three primary colors, yellow, red and blue, there is a fourth primary color, red cold. 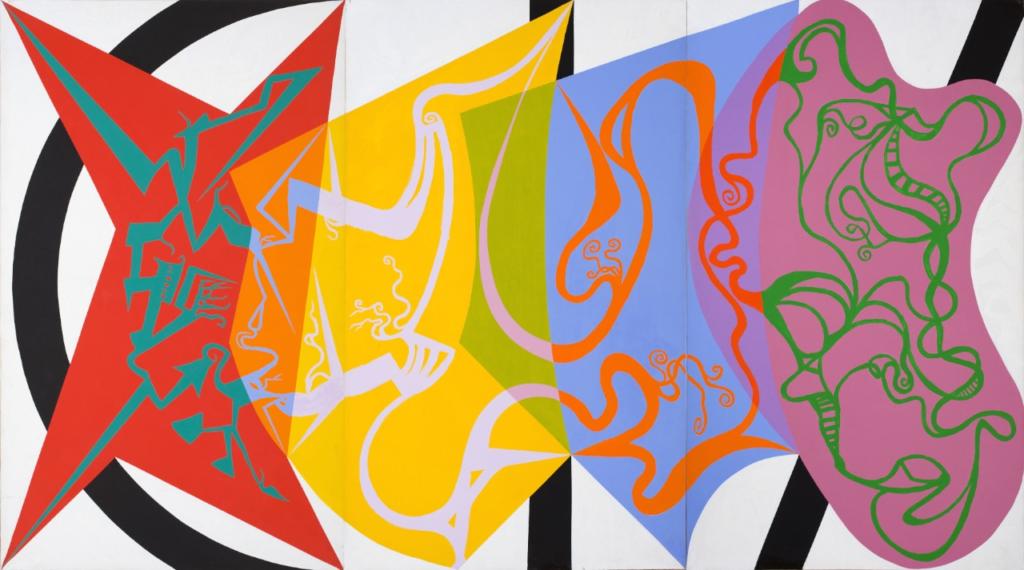 In the 50s when riprense to paint after the break compulsory imposed by the war and the Resistance, the debate in Italy was between figurative and abstract artists. And although his interests at that time were dictated by the urgency to portray social scenes, the work of the farmers or washerwomen, also felt a strong need to update its work on the latest art trends. He chose Paris as a destination, driven by the conviction that in the French capital there was more interest on the part of the artists he loved, for the color.

4) An artist in particular which was inspired?

Matisse was definitely a great source of inspiration for their masterful use of color and modern. As well as he appreciated especially Fernand Leger, Pierre Bonnard, Dufy: the great masters of French tradition.

5) How technically he realized his works?

On his large canvases he drew first a previously elaborate design. Marked then the individual colors from uitlizzare and after applying the tape to never go out of bounds, the color applied with rollers. the fact of being odorless, washable etc. ’60s always used acrylic colors which very appreciated in convenience.

6) What wished to convey to his pubblic during exhibitions?

He firmly believed that art should be un’sperienza joyful, that he should convey happiness. Peer this in his work trying combinations of colors and shapes that could stimulate hedonic synapses, ie the areas of the brain appointed to the pleasure transmission.

7) The Maestro was happy when he worked and achieved?

It was definitely satisfied from their work to which he devoted himself without giving other distractions. And he did it with great seriousness and concentration.

8) An example for young people even today, believe that his search of color continue through the new generations?

Certainly his study of color has been the subject of great attention by universities in many countries: lectured in many departments from China to Russia to the United States. And today his studies are used in fields other than outright painting as cinema or advertising.

The exhibition conceived by the young artist Pietro Ruffo for the Bilotti Museum will present a selection of basic abstract works, which will allow to enter the thought and artistic practice of Francesco del Drago.

Following a backward path, the exhibition will begin the Orangery with the latest works created by the artist, moving in an effort to further expand the color range, and then focus on imposing abstract polyptychs, summa entire search for Dragon. Of the Dragon, it will also be highlighted theoretical stature, his color studies closely related to the most recent discoveries

mathematics through a rich selection of papers, films and experiments.

Particularly interesting is the possibility to switch from esthetics to the theoretical premises in a process that allows you to investigate the issues of twentieth-century abstract art and, in particular, those concerning the color. Not surprisingly, the research of Francesco del Drago has influenced

deeply the chromatic use of successive generations, but also in the world of graphic design, advertising and film.

Exhibition Project for the Museum Carlo Bilotti by Pietro Ruffo

2 comments to “Dialogue with the color by Francesco Del Drago”