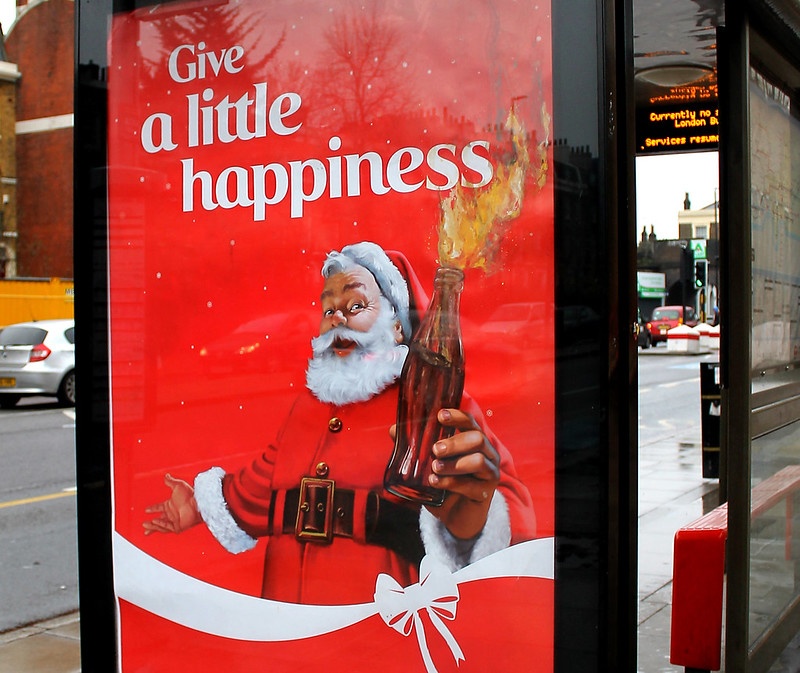 The event dedicated to urban subvertising, StelThisPoster, an artistic project curated by Nero Gallery and presented by the Roman street artist Hogre and Special Patrol Group, arrives at the Macro Asilo in Rome.

From 7 to 12 December, the external walls of the Macro Asilo (on via Nizza and via Reggio Emilia) will host the artistic installations based on the project stealthisposter.org, founded and conceived by Hogre in collaboration with a group of activists called subvertising, a group active in analyzing and criticizing large multinationals and their ways of managing advertising, conveying information to the masses.

“Subverting advertising” through hacking and piracy of advertising and institutional spaces, such as billboards and shelters in metropolitan areas, is StelThisPoster’s stated intention.

The opening day will start with a video projection on the central screen of the Main Hall, during which you can watch a series of videos on the theme of subvertising.

At the same time, the Cinema Room will host the Steathisposter.org conference from 7 p.m., in which various members of the movement and critics of Situationism will be present (the names of the participants will be hidden until the day of the event).

Subvertising plays on the ability to translate signs into meanings: exploiting the associations that cause certain combinations of shapes and colors imprinted in the collective imagination, the subvertisers divert the meaning of these associations by modifying the sign, to bring the audience to opposite conclusions from the habitual.

The term itself derives from the crasis of the Anglo-Saxon words subvert (to subvert) and advertising (to advertise) to indicate the practice of “creative vandalisation” of advertising posters, a form of cultural sabotage typical of culturajamming, used by different collectives and artistic movements against the consumerist system of society and the monopoly of advertising in the urban visual space.

Hogre, known for his subvertising and radical propaganda interventions on advertising posters, affiliated with Special Patrol Group, an organization of militants, artists and individuals acting in subversion, in his work ridicules and unmasks this type of strategies and in general the mechanisms of promotion of our consumerist economic system, researching the short circuit within the logic of copyright and creating installations in public space that disguise themselves as commercial communications, to distort its semantics from the inside and thus challenge the visual dictatorship imposed by the main brands.

This archival project is a collection of subvertising graphics free of copyright, usable and downloadable by users of the site stealthisposter.org.

An archive explicitly founded with the aim of encouraging theft of images in order to deprive them of property and make them accessible to all free of charge.

Each drawing on the platform is a high-resolution file, registered as a work of art in the public domain. This means that any use and reworking of the contents of stelthisposter.org is free of charge and available to anyone with an internet connection.

StelThisPoster at Macro Asilo continues and concludes a journey that began with Hogre’s solo exhibition Product Placement, which opened at Nero Gallery on 23 November and will run until 11 January 2020, offering a comprehensive retrospective on the work of the famous streetartist.

Nero Gallery is confirmed as a cultural center active in the area, which for years has been implementing and supporting Italian and international projects of artists and creative especially related to the world of Pop Surrealism or related to Street Art, with the aim of bringing a cultural enrichment and with the need to pay attention to figurative culture, renewing it continuously.