“The only thing that matters It is to continue to ask questions, so many questions “ 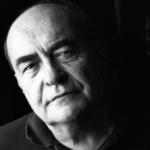 Giuseppe Bertolucci (1947-2012) is a Director in the broadest and free sense of the term, for cinema, theater, narrative films, documentaries, and theatre videos, Screenplay Writer.
Brother of well-known to the wider audience of international films, Bernardo Bertolucci.

The Festival in Rome dedicated to the Filmmaker Master May 18th – 24th pays homage to a duty, as Giuseppe Bertolucci never placet himself on stage, perhaps for his gift, the ability to look at each scenario from one distant location, always a little distant, certainly eccentric and solo. 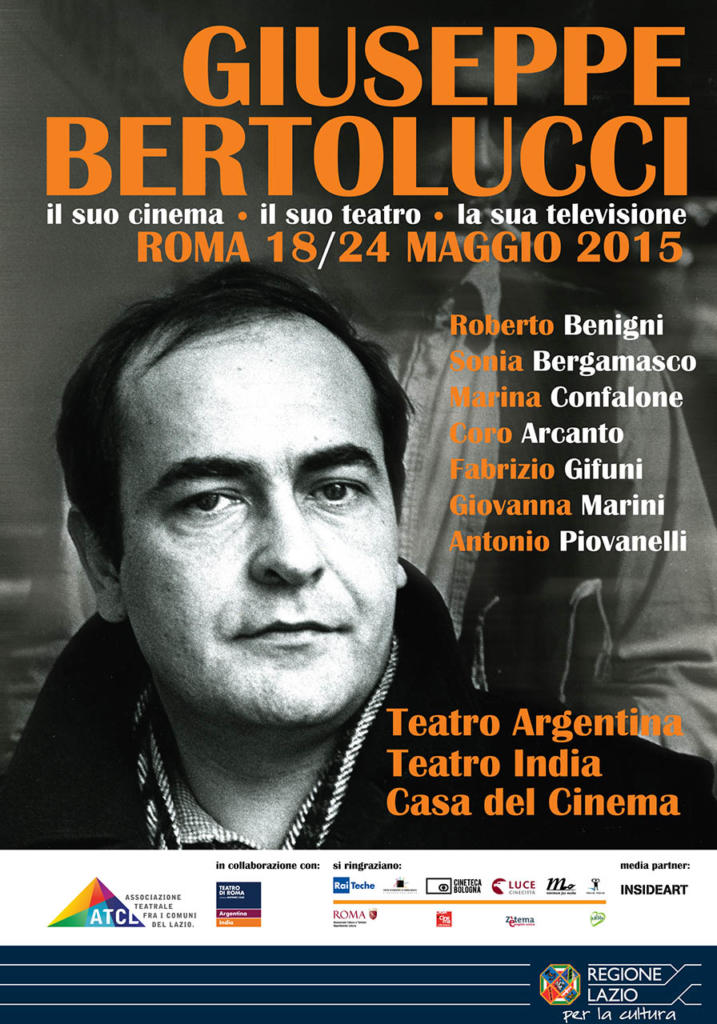 The Festival offers his film, his long shots, his theater, his television, his many titles, making a parallel tribute to the unpublished, damaged and almost not well preserved films.
A draft of a program certainly complex given the vastness and complexity of the production, a draft which resulted sometimes painful in discovering that this heritage is at risk of loss: films not found, his materials and, of so many films, almost never the better material.
A paradox for a President of the Cineteca di Bologna for fifteen years from 1997 to 2011, whom did so much for his care for our filmmakers, the ‘900 Italian authors.

He, in this role, though as institutional, has always placet himself at service, as a living organism, not bureaucratic but with a seeking spirit, a scientific approach, at service to the viewers.

The common thread of the Festival is the central figure of one of our cultural heritage, which has gone through half a century of Italian history and steps as discreet as sure through his path. Even his theatrical productions are never intrusive, always at the text, actor, and once again the public, service.

So do not try to trace him in any systematic, thematic, methodological. Only a backstage, a wanderer, creative, aesthetic and on intellectual issues of his time, whose traces and clues are continually counterpointed by ? (question mark) “that elegant curly graphic sign that opens the doors of the unknown and wonder ? “.

His work on directors, authors, filmmakers and poets of the twentieth Italian century, his drama passion, his dialogue with the authors that he himself returns, and his own players, whom he cares for, discovers, reveals and offers to the viewer whom longs to be a spectator, in the ultimate goal of receiving amazement and understanding.
And it does so with great thoroughness with Pier Paolo Pasolini, above all. 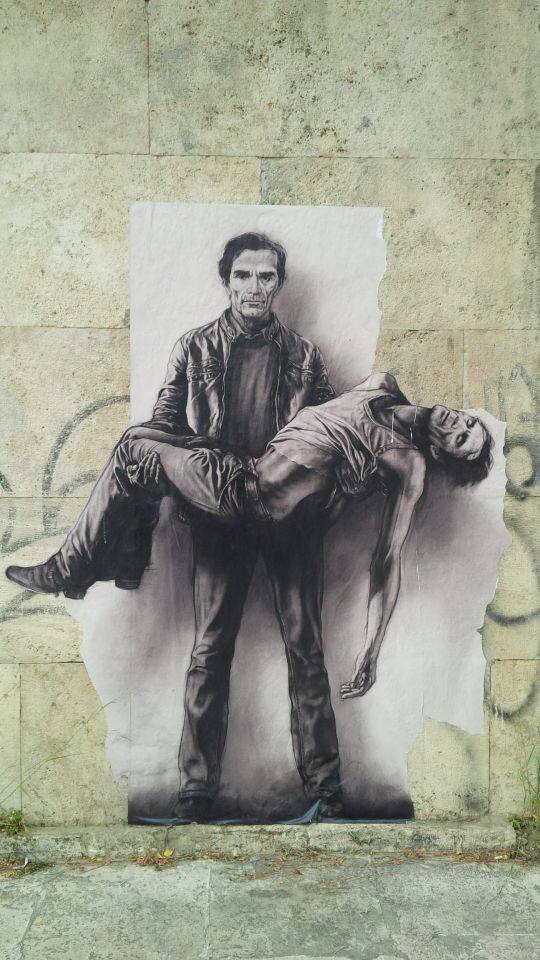 The Festival opens at 20:00 on Monday, May 18 at Teatro Argentina with the institutional opening night, jointed all together by the presence of Roberto Benigni who will talk about the debut of the Director’s live audio recording, and the vis comica he identified in the very young Benigni ‘Berlinguer, ti voglio bene’ (1997), to be followed by the film screening.

An Italian film story, the history of Italy, a masterpiece that tells, by revealing, in addition to the genius of Benigni “filming Roberto I had the distinct feeling of being in front of something unrepeatable and unique”, a smart timelapse of the Italian post economic boom, decodifying its fragility, disintegration, unsettling modernity which corrodes. Albeit acute he remains mild, always and neverthless.

From Tuesday May 19th, the afternoons and evenings, with screenings starting from 15.30, will unravel between Teatro India e La Casa del Cinema –the latter always with free admission ticket, with more than 30 titles in three different movie theatres: Kodak, Deluxe and Volonté.

The Festival Programme is counterpointed by four titles of his works on monologue, a specific production rythm he held to each decade:
The first two titles in chronological order of making: Mario Cioni (1975) and Raccionepeccui, then Il Pratone Casilino and ‘Na Specie de cadavere lunghissimo (the shadow of a cat crossing a street in Rome on the day of Pasolini’s murder) …
Before 1975 in Italy there were Carmelo Bene and Dario Fo to give shape to the monologue practice -although the theatrical form existed yes by the fine orators and cabaret comedians-, while abroad Cocteau with The Human Voice.

A form that does not intend to deliver actors’ style exercises, his talent or technical virtuosity, but something else, something to be preferred by Giuseppe Bertolucci, whom is putting the viewer in the position of a favorite voyeur who accidentally comes across to someone whom is talking about, alone, and gradually may begin to spy on him, to get to understand, himself.

Particular attention should be paid to the date of 24 May / Pasolini Day Programme / Sala Kodak from 16.00hrs films and documentaries dedicated by our Author to Pasolini, whose sociological analysis read in filigree, in the texture of society, the identikit of someone whom then, in reality, in real life, will mute him up, forever. His Killer.

The Festival Curator, Ignacio Paurici, describes to us Giuseppe Bertolucci as such:
“..amongst His many qualities, what I loved the most is tireless sense of humor, his fine irony, always able to displace, always indicatine all a new path, an unexplored path. A Master of humanity, and humbleness … ”
The frame of our Filmmaker Author’s Opera sustained by our Council Region Member, Assessor, Lidia Ravera della Regione Lazio Cultura, again and again insists on his irony virtuosity “implacable, light, punctual, a rare resource of those naturally extraordinary human beings and, his creativity: overflowing, cross-medial, wild, free from any barriers and labels. “

The act of writing has a character, so the things you write. The style used is the best way to understand, deeply, if you have ‘cosedadire’ (somethingtosay) … Giuseppe.

For the Festival Programme www.festivalbertolucci.com

For a valuable hand to accompany neophytes to Giuseppe Bertolucci, his own hand: COSEDADIRE, Edizioni Bompiani.

One comment to “GIUSEPPE BERTOLUCCI, The Life Way of Life, of a Master”