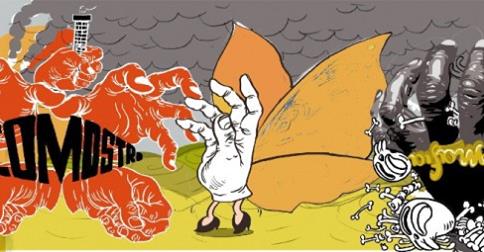 In Rome you breathe as well as Urban Art in Berlin, Brussels, Lisbon, London and Madrid. Graffiti, stencils, murals combined with graphic design, photography and architecture are the different public performance of this form of contemporary art in connection with the street, the city; enriches the urban area, it changes the nuances and renews shots of well-known names and lesser known international art scene. But above all the colors of the city social projects, such as the international mobilization against the trawling depth which will be held July 14, in the center, in front of the Ministry of Agriculture.

While the EU fisheries ministers will be meeting within the Council in Brussels to decide on the future of the sea, the international community of street artists will mobilize simultaneously in the six European capitals to attract the attention of governments. 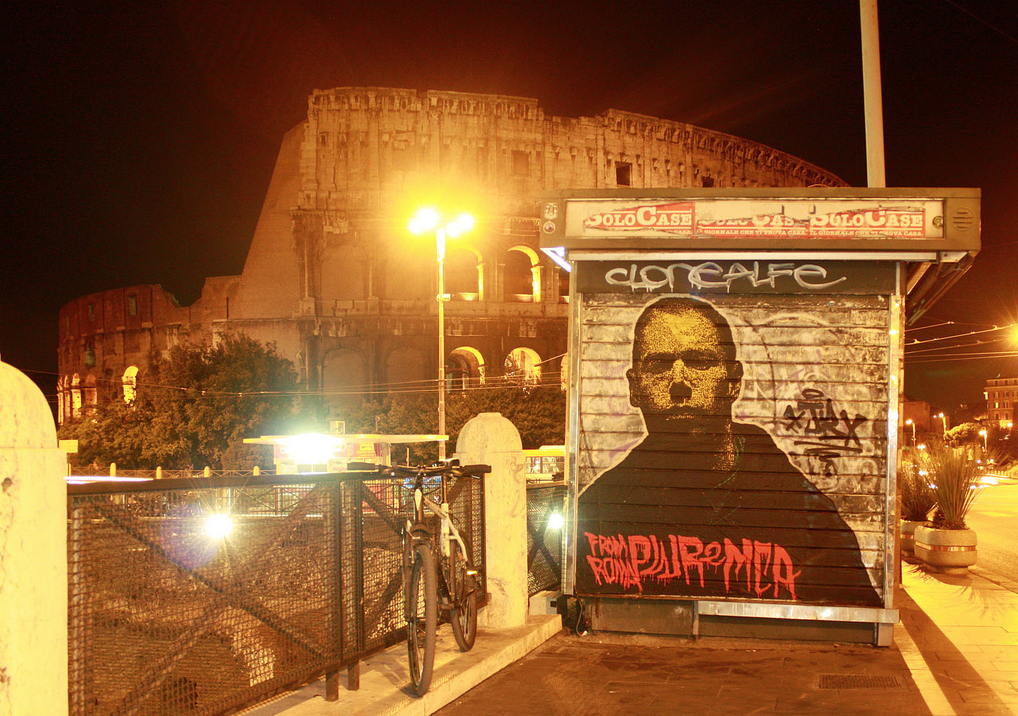 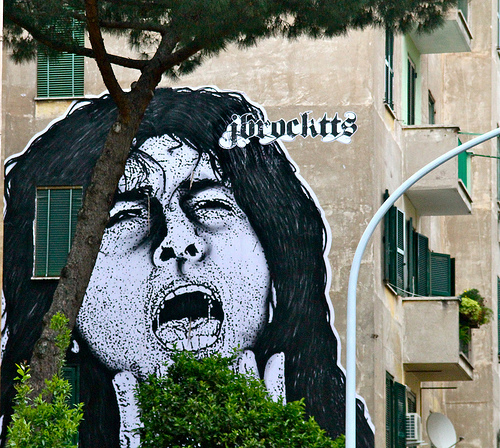 In the italian capital JBRock, the roman street artist, will create a painting live in front of the building in Via XX Settembre (from 12.00) together with the artists Spok Brillor in Madrid, Popay in Brussels, SP 38 in Berlin, Panik in London and David Jae in Lisbon. In the same hour, in fact, united in wanting to “send a strong message in favor of a gradual elimination of destructive fishing techniques deep”, the six street artists will design their works in front of the Ministries responsible for Fisheries. The event, organized by BLOOM (www.bloomassociation.org/en/) – the organization which is part of the DSCC Deep Sea Conservation Coalition (a coalition of over 70 non-governmental organizations, fishermen’s organizations and institutions dealing with policy and legislation , are committed to protecting the deep sea), wants to draw attention to the important subject of the meeting dossier European government.

But the eternal city surround other projects of street art in support of environmental and social sustainability. As the murals symbol of the struggle against the Mafia in the Collina della pace in Borgata Finocchiaro – Casilina, built at the beginning of July to Diavù, street artist and coordinator of the MURo, the Museum of Urban Art in Rome (http://muromuseum.blogspot . com /), and by the associazione Da Sud from the work of more than 7 feet tall in the suburb of Tor Bella Monaca “celebrates the mafia social” and represents a stage in the work of the association for many years engaged in the fight and promoter of the dossier “MammaMafia” in which he describes how the gangs create circuit in the capital.

So Rome is more of a test for all the artists with their works they want to leave a mark on the city. Their identity card? And ‘the work, their style and the name that happens to cross often looking up on the walls and facades of buildings: a gift of art in the open. They come from? Not only Roman. After you become a trailblazer in this new model of art in 2001 were stencils Sten & Lex, it is increasingly common to come across the works of the Roman Lucamaleonte, Alicé, Mr. Klevra or Omino 71. But also the well-known Bolognese Blu, the Tuscan Ozmo, and french cousins C215 and Jef Aérosol or the U.S. Ron English, among many others.

The map of the city is dotted with works that reshape the social fabric and can offer an alternative artistic tour that will also discover unknown places. Tourist, traveler or citizen of the capital, where you are, here you can find the works of street artists from all over the world. It will not be difficult.

It ‘just a ride along the streets and alleys, more or less beaten in popular neighborhoods such as Garbatella, Ostiense, via del Porto fluviale – the protagonists of Outdoor Festival (http://www.out-door.it/);
in via Marilyn Monroe  near via Laurentina where there is a permanent exhibition of the festival Colla (http://collafestroma.tumblr.com/);
Pigneto, Torpignattara, Quadraro and walk away from via dei Lentuli, via dei Pisoni, via Re Filippo, via Antinori, in the district of the urban art project MURo;
still Pietralata between San Lorenzo and the places where they are more concentrated and disseminated.

You can take the underground line A and get off at Piazza di Spagna where you will see the six works painted on the corridors of the metro station made ​​from 6 French artists in collaboration with Atac.

Between the Via Salaria and Via Nomentana visit at Mondo Bizzarro Gallery, the exhibition “Your adoring birds … a tribute to Frida Kahlo” where up to 31 July 13 artists of the Italian lowbrow present their interpretation of the historical and artistic Kahlo, in parallel the official exhibition at the Scuderie del Quirinale. 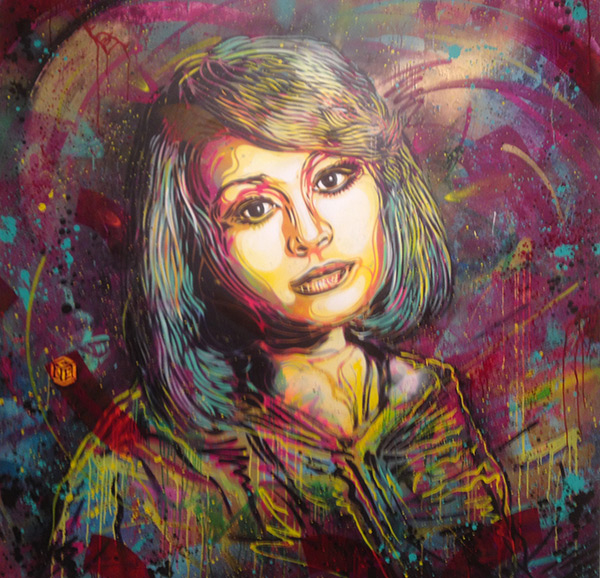 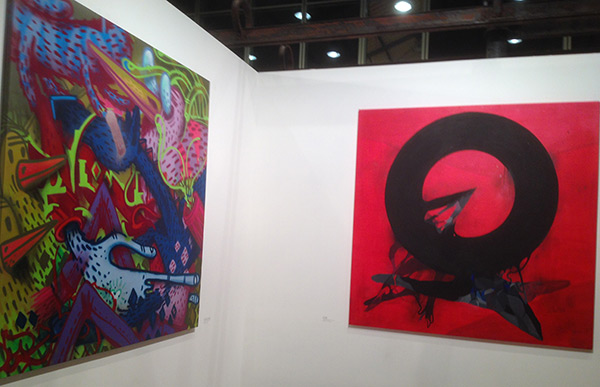 Or head to the MACRO Museum of Contemporary Art of Rome and visit until August 10 Urban Legends, an exhibition organized by the 999contemporary gallery  that presents 12 of the best Italian and French street artist together for the first time. Go to the MACRO Testaccio, and finally move to the visit to the Foro Italico, “Art for 100 years of CONI”, an exhibition to celebrate the centenary of the Italian National Olympic Committee. A combination of the culture and values ​​of sport which provides an urban route 100 images of works by Italian and international artists linked to the theme of sport: by William Kentridge, Marina Abramovic, Maurizio Cattelan, Michelangelo Pistoletto, young people up to the new contemporary art scene. From the bridge Ponte della Musica Armando Trovajoli to Ponte Milvio going to Lungotevere Maresciallo Cadorna – Lungotevere Maresciallo Diaz project of urban art “Iconic” is on display until September 21.

One comment to “THE CAPITAL WITH URBAN ART AND SOCIAL PROJECTS”