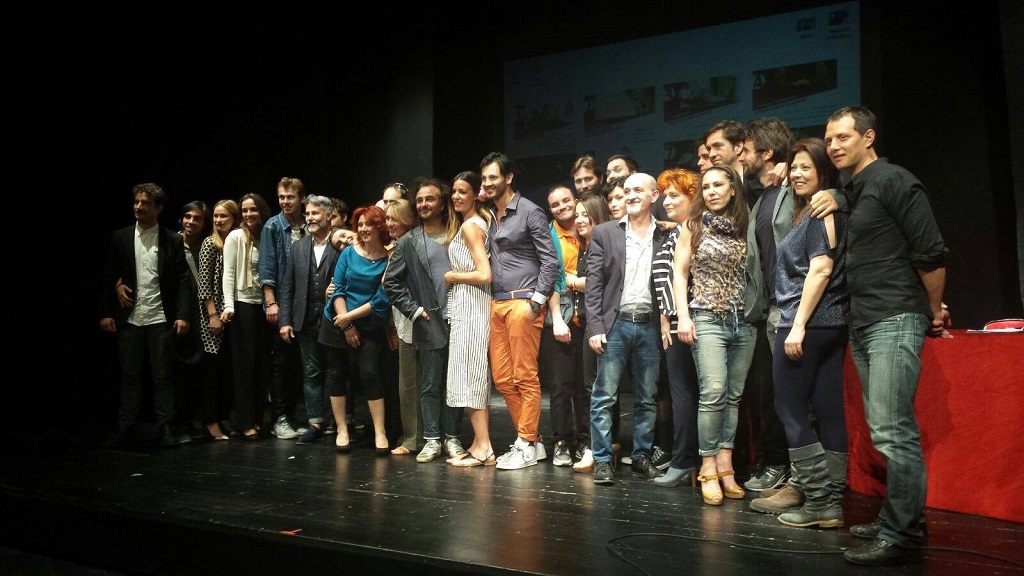 Rome, May 27, 2016 – It ‘was presented the 2016/2017 season of the Cometa Theatre. Watchword: we value the good Italian dramaturgy. In fact most of the shows that will enliven the stage in the coming months are signed by Italian playwrights and tell our country, that of yesterday and today, in dramatic comic or grotesque key.

“I’ve always looked for in the programming of the Teatro della Cometa to build a balanced schedule between comedies and more structured work from the dramatic point of view – said the Artistic Director Giorgio Barattolo – We open and close the season with two shows decidedly comic while inside there is also something more serious. Almost all jobs are of Italian drama with references to themes and topics that are now very topical. Also we include a few works with musical references, that had always held the public’s favor. Finally it is proposed one non-subscription show staged at Cometa Off, our other little theater located in Testaccio. The curtain of the Teatro della Cometa is ready to open a new season and we look excited proud our audience. ”

The season opens on September 28 with TRE DAD FOR A BABY written by Antonio Grosso (which returns in the new season as author), directed by Roberto D’Alessandro; protagonists Mario ZAMMA, Nicola Canonico Giuseppe Cantore Leonardo Barbarisi and with the participation of Alessia Fabiani. It is a brilliant comedy, with some food for serious reflection and poetic at the same time on the subject, all the more relevant today, of parenting. This same theme, the feminine, will return on stage at the Comet in February with MOMS! The first varieties on motherhood, directed by Ferdinando Ceriani, with Carla Ferraro, Valentina Martino Ghiglia, Laura Mazzi, Silvia Siravo. Award-winning text in the USA and Canada, Mom’s the word (this is the original title), arrives for the first time in Italy in the adaptation written by Valentina Martino Ghiglia: a show written by six mothers-actresses who tell the experience of motherhood without rhetoric, not hiding the unpleasant aspects, but using them to create rather gags from the corrosive and incorrect comedy. 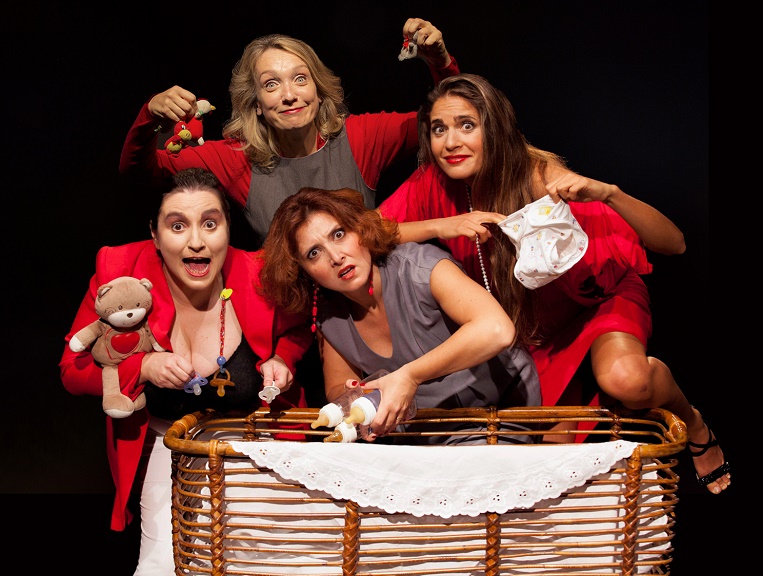 From 2 November still a comedy of Gianni Clementi from crackling humor and at the same time able to provide food for thought, very topical: UNTIL THERE LIFE APART – That W The Newlyweds, directed by Vanessa Gasbarri and with Giorgia and Trasselli Enzo Caserta. Finally, after the success of last season, BEAUTIFUL NIGHTS returns from 14 December to accompany all the Christmas holidays, directed by Claudio Boccaccini, ensemble comedy bittersweet on the young protagonists of the occupation a well-known high school in Rome in December 12, 1969.

After the great success of last season, Valentina Cenni, Giampiero Rappa, Joseph Tantillo return from November 23 with NO PLACE IS FAR written and directed by Giampiero Rappa, with music by Stefano Bollani. A cabin lost in the mountains. A mysterious young girl get in touch with Mario, middle-aged man, gruff and cynical that for three years has ended all relations with the world.

2017 opens with a debut, to Michela Andreozzi and Massimiliano Vado – January 11 – RING written by Léonore Confino. 17 paintings on the life of the couple, life two, emotional explosion that develops between hugs and uppercuts, euphoria and certainties, laughter and drama.

In February, the stage of the Comet dresses of melancholy and takes us to Paris with the show of Gennaro Cannavacciuolo, “Yves Montand – AN ITALIAN IN PARIS” – recitals in two stages with the quartet, piano, bass, drums and saxophone / alto. A “docu-musical” in which the most significant songs of Yves Montand punctuate the important phases of his life and career. Songs that made history: Les feuilles mortes, A Paris, Sur le ciel de Paris, C’est si bon, A bicyclette, C’est à l’aube, Jesuis venu à pied, Hello Beautiful, Mon manège à moi and Paris canaille … The recital of structure is that of the theater-song where every song introduced by short monologues which tell fragments of the great artist’s life. In addition to piano, Gennaro Cannavacciuolo is accompanied by drums, bass and sax-clarinet that will give us intense emotions and swing. The remarkable proposal of three choreographed numbers with tap dancing; Fred Astaire was a myth for Montand him homage with the famous number Le garçon dansant. The set design is inspired by what Montand invented in the 50s: the orchestra on the back of the stage, in a central position, hidden by a green velatino through a play of light, as needed, will highlight the musicians and not only …

From March until the end of the season once again the star of the Italian drama among old friends and important debuts. From March 22 back a much loved and highly successful text: RISIKO – That irresistible desire of power by Francesco Apolloni directed by Vanessa Gasbarri and music by Jonis Bashir. Despite this show was written in the 90s the theme is always very topical: the collapse of the old politics and the birth of the new class, the power game that is renewed, sheds its skin, but always responds to the same rules. On April 19, he made his debut on the stage of Comet Alessandro Benvenuti protagonist of WHO IS ON STAGE, whose signature also written and directed. With him on stage Paolo Cioni and Maria Vittoria Argenti. A famous actor who died long ago, a young fan who tracks down and a mysterious young woman silent witness of their meeting and as often happens in the works of Alessandro Benvenuti nothing is really as it appears and the final will be totally unexpected.
Marco Zandra ends the season from May 10 with his pièce ZADRISKIE POINT, with Tiko Rossi Vairo , Antonella Salerno Gianluca Mandarini. Zadriskie Point is the name of a Jazz Café run by a hypochondriac artist, a lame dancer and a deaf-mute bartender , but it is also the Marco Zadra point of view , ” show man ” versatile and elegant , with a lively rule that tells the stages highlights the difficult path taken by a brilliant actor . 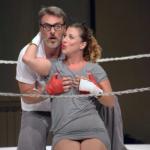 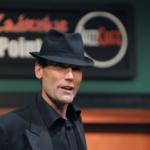 Out of subscription it signals a show staged at Cometa Off November 3 to 13: PIANO SALE based on the novel by Andrea Vitali Adriano Evangelisti, original music by Patrick Maria D’Artist and directed by Raffaele Latagliata. The piece, dramatic adaptation of a literaly work, is the story of a thief who must choose between good and bad deeds: white and black, like the piano keys. The gestures that you will find to do reveal a great desire for moral redemption and the background acts and shake with him the community of a country, suspended for one night, between what is lawful and what is unlawful. Big test for actor Evangelists alone must give voice and soul all the characters in the novel.

Finally, last but not least, the big news of the new season of the Comet will be the project COMET OF ART, a new space for afternoon meetings to a dynamic audience and passionate about cultural issues. Meetings will be held on Wednesday (18 hours) and are aimed at enhancing the artistic and cultural heritage of Rome. The goal is to give participants the excitement and harmony that make the profound identity of our cultural heritage; a journey through the universal language that connects the past, present and future. 11 conferences (from October 2016 to April 2017) – making use of prominent speakers from academia and cultural figures, including Alexander Viscogliosi, Costantino D’Orazio, Barbara Briganti, Arnaldo Colasanti, Giorgio Muratore, Roberto Valeriani and William Villa – on a subject as fascinating as inexhaustible: “the thousand faces of Rome – art and history, traditions and contradictions”. The last conference, dedicated to fashion and cinema with the participation of Pino and Stefano Strabioli Dominella, will be followed by a party in the foyer of the theater with clothes exposure from the historical collections of well known Roman fashion houses.