Grattachecca is the name of a popular cold dessert originating in Rome, Italy, commonly sold in street kiosks and bars. It consists of manually shaved ice flavored with sweet sciroppo. According to popular accounts, the origins of Grattachecca date back to ancient Roman dictator Quintus Fabius Maximus who would import into Rome snow from Mount Terminillo in the Apennines to be flavored with sweet syrups and distributed by thermopolia (booths selling hot and cold beverages).

In Rome, only a few kiosks now prepare grattachecca with ice crumbs from a single block and not with ice cubes crushed. Let’s see the most famous historical or kiosks in Rome.

The grattachecca is a refreshing food typical of the city of Rome. Many Romans eat it during the summer days and warm evenings in Rome.

The scratch–fag is prepared directly from a sheet of ice from which you “scratch” in the snow and then you add one or more syrups (mint, barley water, coconut, lemon, cherry, tamarind …) and / or pieces of fruit . 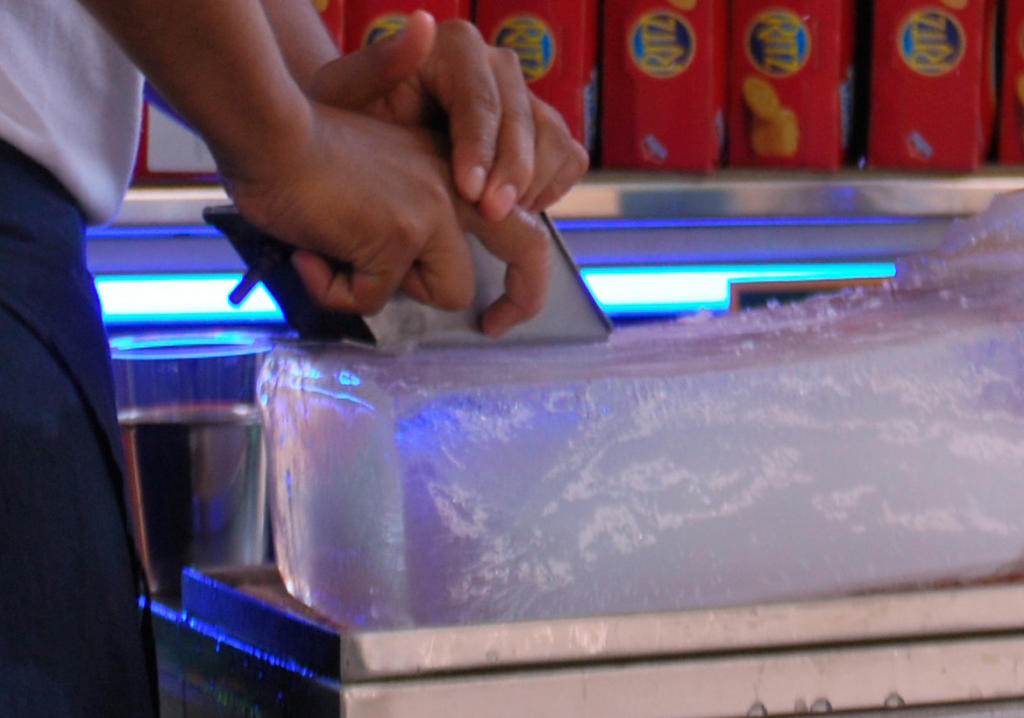 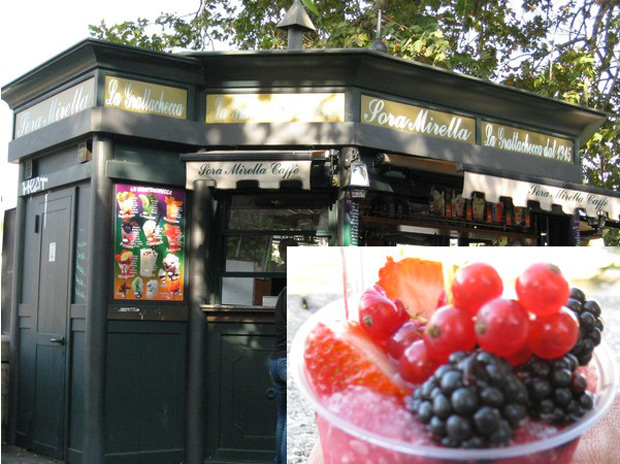 A kiosk in the town that time has become a veritable institution of the nightlife of the hot Roman summer. Sora Mirella has shut down in 2013 and was considered the “grattacheccara doc” de ‘Noantri. The kiosk at the entrance of Trastevere, right opposite the Tiber Island, more than fifty years scratching ice to process fruit cocktails and creativity.

The place is very popular with both Romans and tourists. Surely this kiosk is among the oldest in the city, its specialties are the grattachecche with pieces of fresh fruit or a more ‘popular LemonCocco.

The prices are not too high if you think that the kiosk structure is housed in the historic center.

Cost: 3 euro for the classic Lemoncocco 6 euro for grattachecche alcoholic. 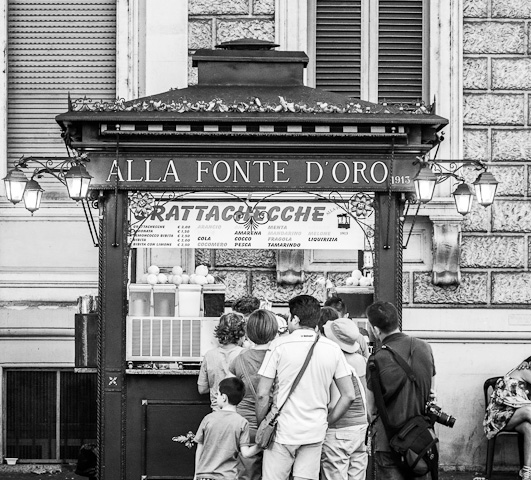 Probably the oldest kiosk grattachecche still active in Rome, some sources date from the opening to the 1913 Always very crowded and offers ice syrups that cool at all times.

The prices are average of the historical center: EUR 3 grattachecca the normal 5 euro with the addition of alcohol. 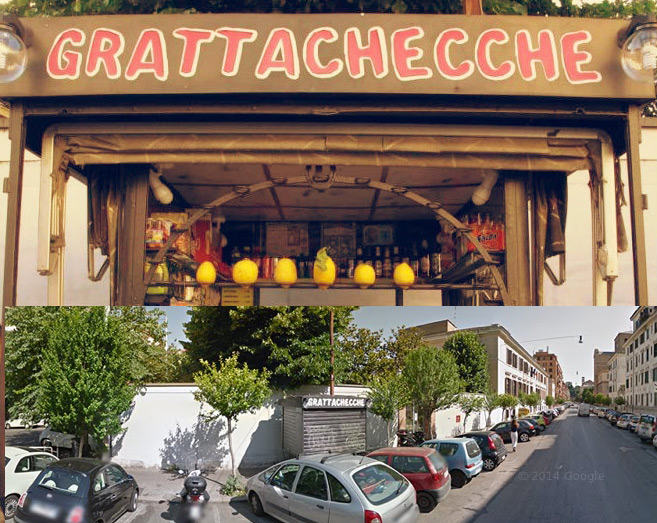 Address:  Via G. Branca corner to via Beniamino Franklin – 00153 Rome

A small anonymous kiosk in the middle of the Testaccio district is actually the true king of Lemoncocco, the grattachecca topped with lemon (in this case real lemon juice squeezed at the moment) and coconut syrup. Other specialties: orange and tamarind and black cherry. Upon request small bits of fresh fruit and sour cherries in the glass. Price: 4 euro a grattachecca medi 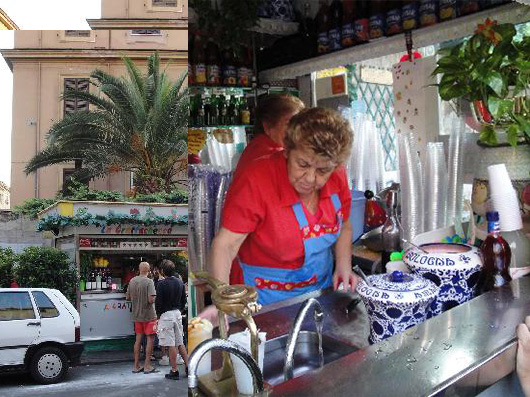 Address: Via Trionfale corner to Via Bernardino Telesio, 00195 Roma, Italia

The Kiosk grattachecca of Sora Maria and the Triumphal ‘institution. Unfortunately it is not just a traditional grattachecca because the ice is not scratched by hand as it once and then you will not have the effect of snow. The preparation and ‘attentive but modern example and the lemon is squeezed and then made into small pieces in the machine.

This kiosk is located right on the border between the Prati and Balduina.

Grattachecche quality and so many flavors to try such as specialty called “Melena”, a mix of syrups, green apple, lemon and cinnamon. try

For more than 50 years, this kiosk, located at the center of the square, refreshes and cools the inhabitants of the district. The specialty grattachecca lemoncocco. 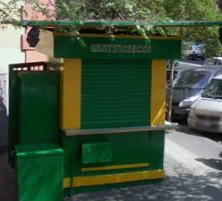 Price: from 2 euro small one, 4 euro big one

Few tourists, many residents of the neighborhood in overheated attend this seasonal kiosk Tuscolano. Since 1930, the kiosk is in the historical district of Via Appia MAGNAGRECIA Latino, between Coin and Via Sannio, where all the inhabitants in the neighborhood knows him.

The typical “grattachecca” Roman, prepared with ice crumbs still on hand when preparing for the limoncello, sambuca, vodka and fruit salad. Open until late at night …

i3factory.com
2 comments to “The best grattachecche: The granita, Italian Ice, in Rome”