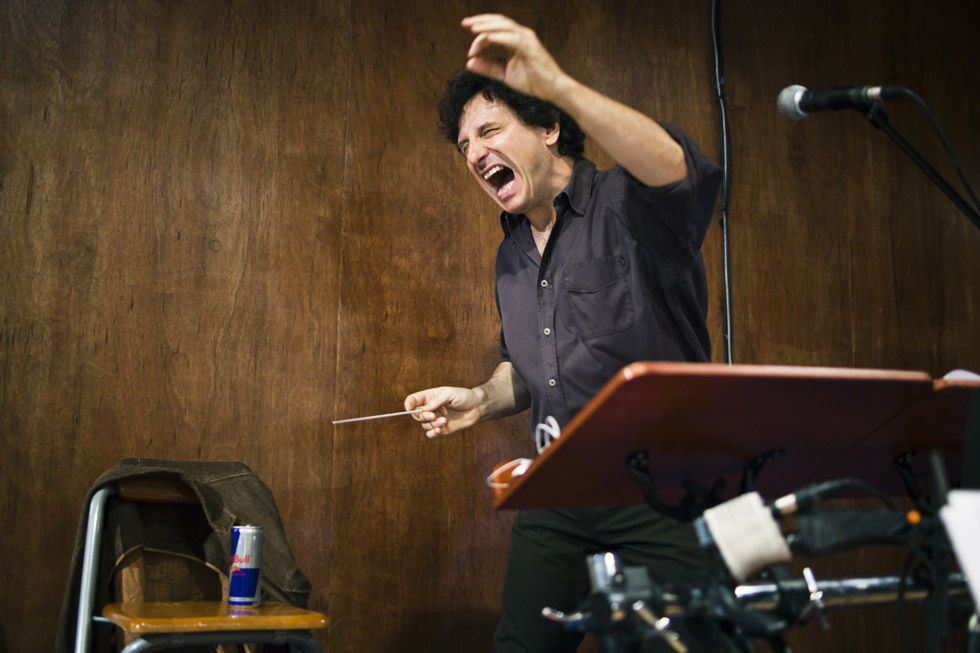 Our French correspondent has met Maestro Massimo Nunzi whom accords us with the hereby valuable interview:

I was born in the 60’s, in the core of the Italian economic boom years, and started having a perception of art through Italian television, which, during my young hood Era accomplished the specific role of being ‘ public service ‘ by spreading culture… It has been that very television and  radio programs of the 60’s and 70’s which have shaped my artistic sensibility. It all happened through tv dramas, the brilliant Saturday evenings varieties and the full of real content broadcasts also during television programs for children. On the screen you would encounter personalities as Pasolini, Calvino, Ungaretti, Gianni Rodari…still on Youtube we can dig jewels of that Era. 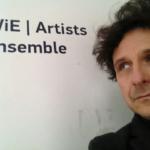 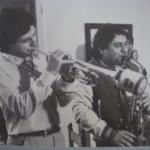 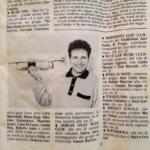 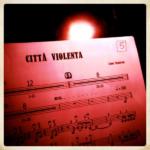 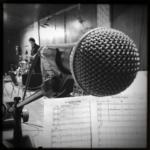 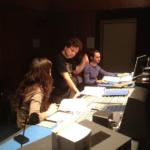 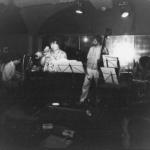 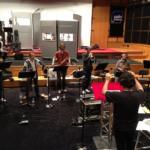 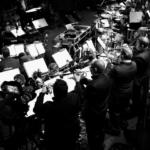 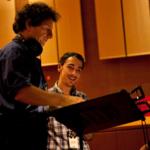 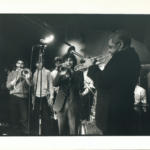 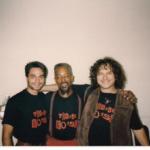 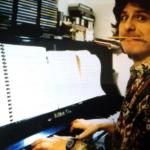 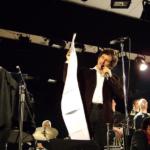 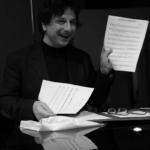 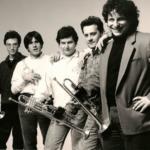 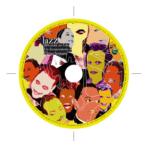 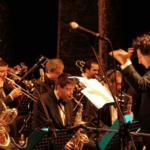 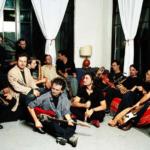 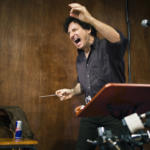 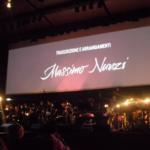 And it is so then, at the age of 6, in my family of origin village, Otricoli in Umbria, where I used to spend my Summer holidays, I started playing trumpet. My Grandfather played trombone and little by little I started playing with his friends’ bands. It was certainly since then evident I did have a talent for music. I therefore started Conservatory Studies, still did not feel too much at ease for I had a strong attraction to Jazz then, the bad reaction my Teacher had when he noticed I was reading a book on Louis Armstrong which, somewhat traumatize me deeply, after four years studies, elementary and middle Schools, I dropped classic studies.
At the age of 13 I started playing over jazz vinyls and enrolled myself at the first school at hand on this genre, dedicated to this musical style, Saint Louis on via del Cardello, in Rome.
At age 15 I was already a professional, contacted by many musicians of the Dixieland area. After having played in several music groups and bands, even Pop ones, I created my first orchestra, and had the opportunity of directing the Orchestra di Musica Leggera di Rai-Tv, for an important TV program on RAI1. By working so profusely I have become economically independent -also because my music inclination was not blessed by neither the approval of my own father.

How do you interact with music composition ?

I like composing inspired by a story line, it is meaningful to me the tell a story through music evoking the very event I intend describing. I am fond of composing for a diversity of media, theatre, ballet, pure music, music applied to images and, free improvisation. I have written works, operas, inspired to Italo Calvino, Shakespeare, Anhouil and, at the moment, I am composing a Musical for Radio France.
I always need an imagery, a story line that inspires and backs my music.

Who are the Composers whom have inspired you largely ?

I have always been fascinated by music which touched me both emotionally than rationally. I started, as referred earlier, playing at very young age and had the good fortune of collaborating with many major musicians of the Classic, Pop and Jazz.
Playing with John Cage, Chet Baker, Dizzy Gillespie, Massimo Urbani and many more has lead me to comprehend a concept deeply bond to my nowadays essence: music, to be good, has to be inspired, rationally consistent and deep, aside from style which binds into a category.
This very open mindedness, still up today it is seen as one of my very peculiarities.

It is necessary to be able to write music in all music genres. I do not hold foreclosures in writing music for a TV show, a comedy film soundtrack, for an opera evoking Frank Zappa or action movie…
As a reference to classics, Bach is the platform, naturally. I love further Brahams, Bartok, Siberius, Boulez and many of the contemporary composers of course. 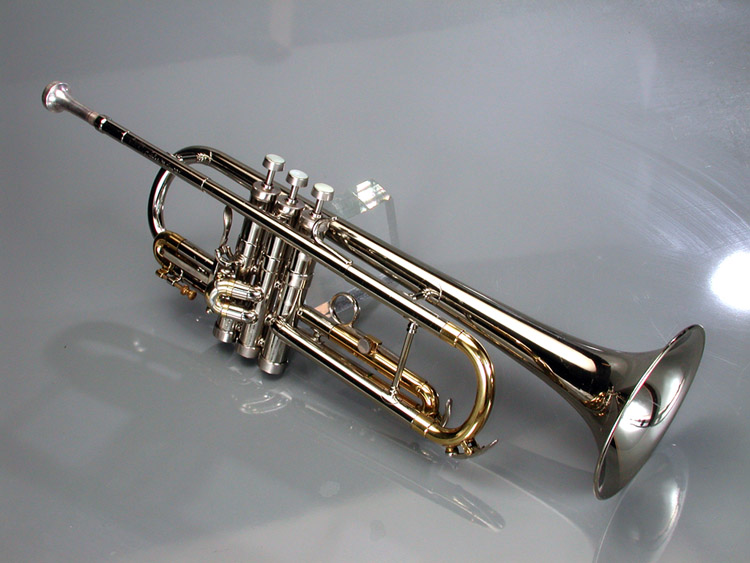 Which is the most meaningful musical encounter you have had ?

Chet Baker in the 80’s has lived in Rome, and I had the opportunity to play with him a few times. He had been very kind to me always, and I lent him a trumpet for two years, a stunning Conn Constellation.

Chet Baker is a mystery to myself: even in his worse physical condition he had been able of creating pure beauty. Somewhat impossible to explain in words and I was not really aware of it while this was happening.

What is the difference for Massimo Nunzi between commercial and cultured sophisticated music ?

I do think it is particularly difficult to make commercial music. I do comprehend and get along with a DJ genius and at same time I enjoy listening to extremely complex music. As simple as there are two kinds of music: good music and bad music…There is only good music and bad music. I do not actually understand certain musicians’ prejudice towards commercial authors as Sting, Bjork, Gainsbourg are considered. They are considered commercial, still they make good music, real art.

What is the function of an Orchestra Director ?

When an Orchestra is formed, the perfect mechanism is reached only if between musician and director a mutual respect based relation is created.
Somewhat later on a desire to share is generated, alike in love and in the act of generating, conceiving, life. That is why certain concerts touch us deeply, some others do not and do leave us indifferent. If we listen to the Elgar Cello Concert, in the version of Daniel Barenboim and cellist Jacqueline Du Pré, you shall see my words applied.

As Director I know my musicians have to have respect for me, if they do not they shall end not following -actually I direct my own music and have specialized in repertoires built after my own projects. If you direct an orchestra where musicians do not respect you it is far better to leave and go or ask some colleague to do it and leave him the place.
The first element I have learned as director is to be always kind, because having an orchestra performing your music it is a privilege.
My greatest satisfaction was when an orchestra asked a musical theatre artistic director to call me back for another opera, we had a great deal of fun…

How do you choose your musicians ?

I do not leap in the dark, I am very attentive. It is as a movie cast, I do choose excellent musicians who must have a collaborative character and real desire to pursue together: this I consider fundamental.

How about your relationship with the City of Rome ?

My relation with Rome is very complex, and certainly true nemo propheta in patria.
I remember “ Un Marziano a Roma “, the book by Ennio Flaiano. The novel is settled in 1953 and plot is pretty fun: Martians landing in Rome, their initial interest quickly fades because of the Roman temperament which tends to play down everything up to excess, “ infact, a week later, walking down the street “.., a Roman meeting a Martians simply says “ Ao’, anvedi, the Martians here “.
Rome is very indolent, this city has indeed seen it all.

I also work with children, with elderly, with the sick. Rome is my city, nevertheless time here does flow very slowly. It is not a vivant city as Berlin, Paris, overtime when I come back from abroad I see it clearly. Furthermore, I do not sense that kind of joy, sparkle, the ‘ savour ‘ that could be sensed in the past very finely. In the 60’s, 70’s, 80’s, Rome was crawled with artists, as many outstanding musicians had come here to stay. There was a brilliant cultural vibe here, but later on, it was over.
Now everything is a bit narrow-gauge and Rome does hold a basic difficulty in resuming the international circuit.
However, I stand confident that the new generations are able to revive, with new proposals and enticing, what actually is a unique city in the world.

Now we suggest to listen: 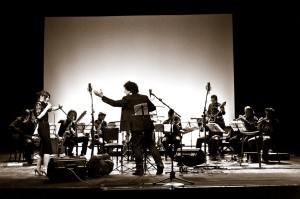 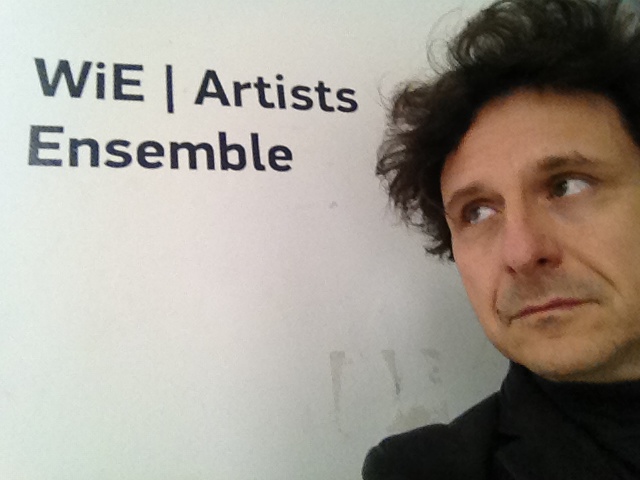 Has made compositions for more than 50 theatre plays, two ballet piéces ( Balletto di Toscana et al ..) won commissions to pursue his own operas ( Tempesta, Calvinologìé for Radio France the latest ).

Fully involved in social matters collaborates with Emergency for whose film production “ Stasera torno a casa “ 2009, has created the musics.

Wrote a book on History of Jazz for Laterza, and has realized a series of 12 dvd “ I Grandi del Jazz “ for Repubblica / Espresso.

Has three Orchestras in action on various projects ( Opera, Kenton, Calvino ).
Is Artistic Director for the Festival di Capalbio Libri since 2009.

Several projects have been commissioned to him:
Autunno Musicale di Como, “ Pulchritude “ and “ Fu-turismo o Colonizzatore “.

Icastica Arezzo Festival “ Jimi Joni and Frank and All That Jazz “.

In May 2013 founds “ Orchestra Operaia “, the first Italian model of an Orchestra shared with other Directors on cooperative base.

In 2014 realizes 40 concerts and various International Festivals by collaborating with different styles musicians: from Niccolò Fabi to Maria Pia De Vito, from Nathalie to Fabrizio Bosso, from Javier Girotto to Gabriele Cohen, from Ada Montellanico to Cleveland Watkiss et al.

In May 2014 “ Un fidanzato per mia moglie “ by cinema director Davide Marengo premiére in Italian cinemas for which he has composed the soundtrack nominated at the Nastri d’Argento for Best Original Song.