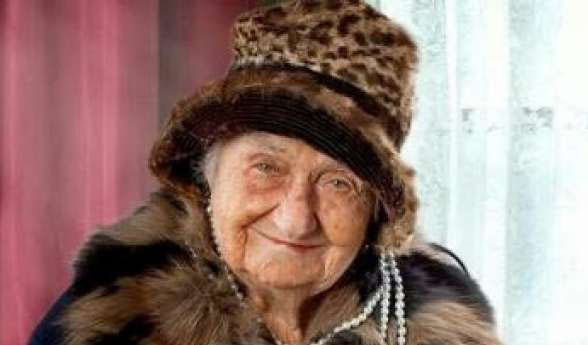 Maria Giuseppa Robucci was born March 20, 1903 in Poggio Imperiale, in the province of Foggia in the Puglia region and everyone calls her Nonna Peppa the longest-running woman in Europe having just turned 115 years old. It is today the first since the death of Giuseppina Projetto, who died in her house in Montelupo Fiorentino, in Tuscany, at 116 years and 37 days.

Last year, after having been operated, she declared: “I FEEL GOOD, BUT I AM AGING. THE SECRET OF MY LONGEVITY? PRAYER. UNTIL A FEW YEAR, I WALKED IN THE CHURCH FOR THE HOLY MASS “

Nonna Peppa is currently the third oldest woman in the world after the Japanese Chiyo Miyako (117 years old) and Kane Tanaka (115 years old) the latter older than only three months.

Maria Giuseppa Robucci is also the oldest mayor of Italy, in fact in 2015 she was awarded the title of honorary mayor of Poggio Imperiale.

Grandma Peppa has five children, the youngest is 75 years old, the oldest is 89 and is the grandmother of nine grandchildren and 16 great-grandchildren and has managed the bar of the village with her husband Nicola, who died in 1982.

Fifteen years ago she moved from Poggio Imperiale to Apricena, to the home of her 75-year-old daughter, where she celebrated her 115th birthday. He eats little and always healthy things, does not drink alcohol and has never smoked.

Below is the image of the Article of the Gazzetta del Mezzogiorno, local newspaper, in the 2016 when Nonna Peppa celebrated her 113th birthday.