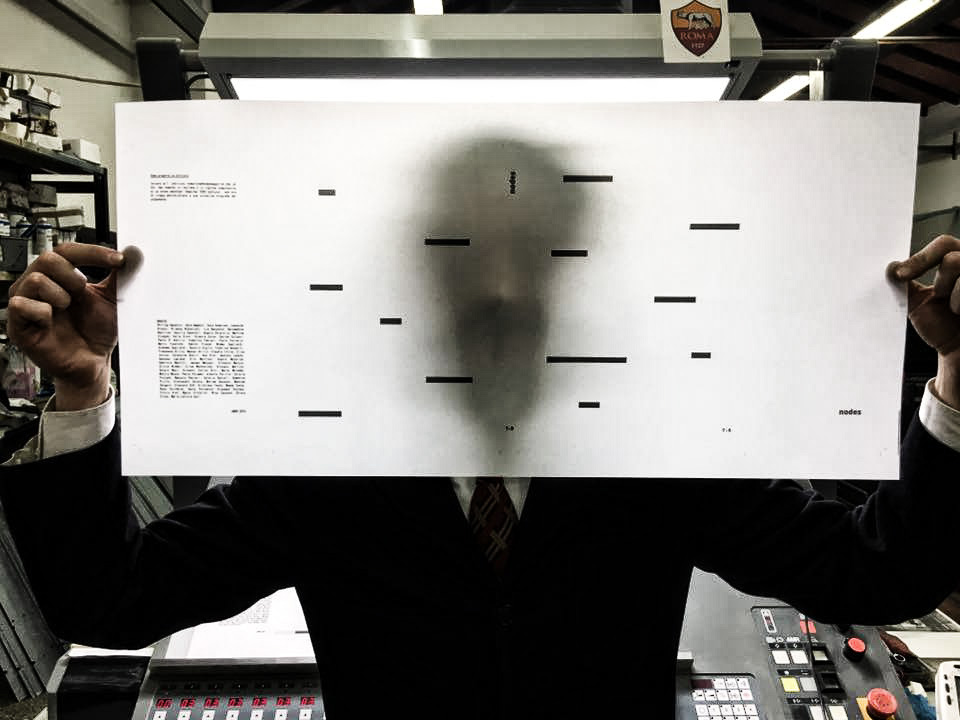 If you can build a machine that contains what it contains our mind, then that machine is us.” Gerald Jay Sussman, Prof of MIT

I made this brief introduction to describe the connection between Art and Science, and talk about the birth of the research Center Numero Cromatico, which opens for the first time to the public its new headquarters in: Via Carlo Caneva 60 in Rome.

After 5 years of work it opens a new space of 200 square meters, which will host experiments, exhibitions, performances, workshops and conferences. The process of creating art with the science can bring about a change, personal growth and respect for cultural differences. The positive and confirmed the structure of scientific knowledge, on the one hand, and the intuitiveness of the art, the product of the human irrationality, on the other side. Today art is fascinated by the endless possibilities of science and medicine and genetic engineering in the ability to evolve and improve the species, yet many questions and so much study … we start from Chromatic Number.

It should make a clarification with respect to your introduction. The art and science are intuitive in the same way. The artist and the scientist are both creative, when they solve a problem in a new way, unexpected, unusual. Thanks to the current theoretical and scientific knowledge, we know that this dichotomy between positive science and irrational art is more flashy than substantive. Back to the question, in 2011 I called together some excellent minds of the world of art and science with the intention of setting up an advanced research group on the relationship between art and science. Numero Cromatico was founded to fill what for us was an incomprehensible emptiness: the lack of a serious debate on the relationship between art and science. The first step was to establish the Centre and Nodes, first magazine of its kind, especially in Italy. A periodic studied with the intention of opening a debate on current art theories stated. 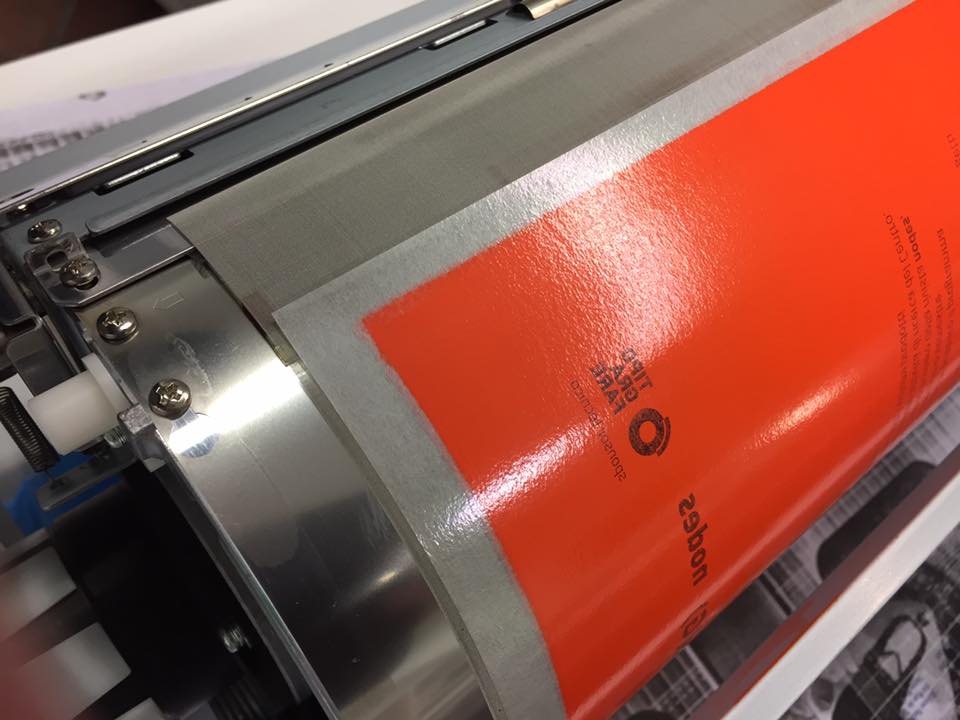 2) can you describe your philosophy in 3 expressions?

The relationship between art and science has existed for centuries in Western culture. A treaty would not be enough to describe how many artists, philosophers and intellectuals have dealt with this issue and how. The problem today is that with the advent of postmodern culture, any eccentric found was passed off as art, poor objects of theoretical content acquire valuable when accompanied by the right market strategies. scientific art first declares what are the historical and theoretical starting points, but it leaves its studies to the specialists community to verify its effectiveness and impact. It deviates from the artist inspired, bohemian, who does what he does for innate reasons. This way of seeing art serves to amateur narcissists or critics who want to become “presenters.” The art does not need to be explained in its use, but must be clear the reasons for the research. 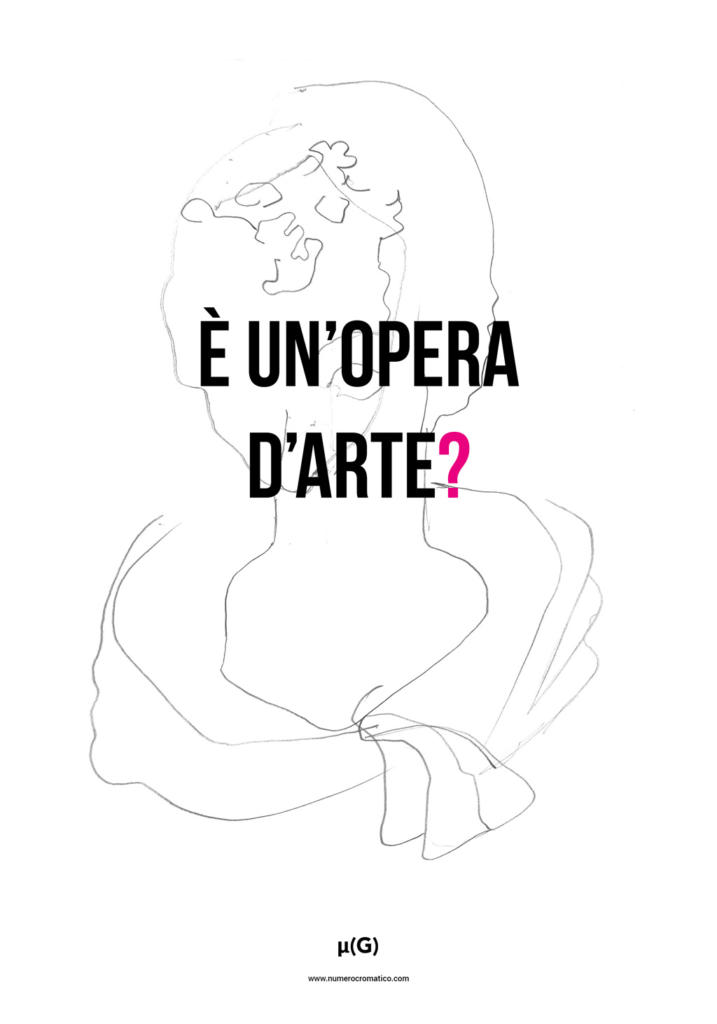 4) Art, neuroscience, experimental aesthetics, psychology of art, visual communication … What they have in common? How you want to expose that to the public?

The ones you mention are some of our research fields. All disciplines who have tried and are trying to study the aesthetic experience variables through a scientific approach. Among these was Neuroesthetics would mention. The public can attend the center in the days devoted to testing or at least find out our work during our public events.

5) The techno-like manipulation of nature and control of natural forces. How much is important? and how it is influenced by our society?

Think about the relationship between art and science as something that uses “technology” may be an error of judgment. All arts have been technological, but the brush is a technology. The scientific art is an art that takes into account the findings of the contemporary world and that arises as a discipline that studies the aesthetic variables. It would be anachronistic to treat fever with magic, when we know scientifically that it is an alteration of hypothalamic thermoregulation system and above all know how to cure it. The man in all periods of history has tried to “control” the natural forces. I do not mind the current technological culture; between 1000 years probably what we consider a “manipulation” will be for posterity nonsense.

6) They described the work of art as a product of human irrationality, a result of unreasoned emotion and devoid of rules, what do you think?

The work of art as a product of human irrationality interests us little. We regard timeless. We are interested in the public’s creativity. We are interested in creating experimental conditions through which the public can question themselves, to live. Situations, moments, events that could have a profound effect on the individual. 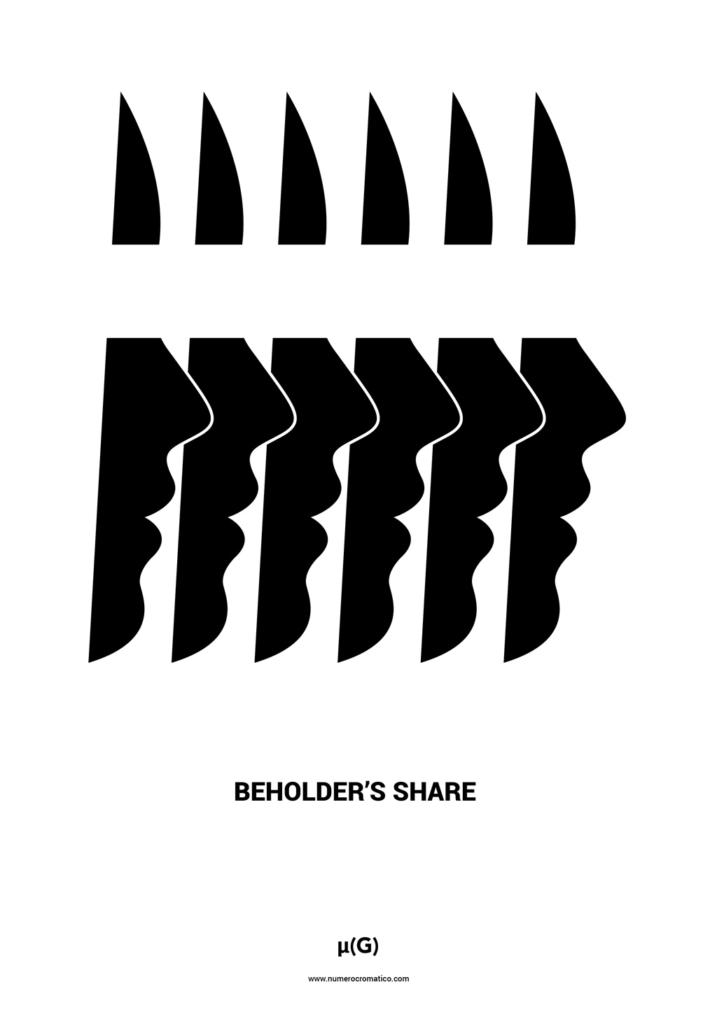 7) What is the artist that you approach more?

There is definitely a list of various artists in our line of research, but I think to mention two distant artists in time but not in the line of historical continuity, I could certainly think about: Giacomo Balla and Sergio Lombardo. 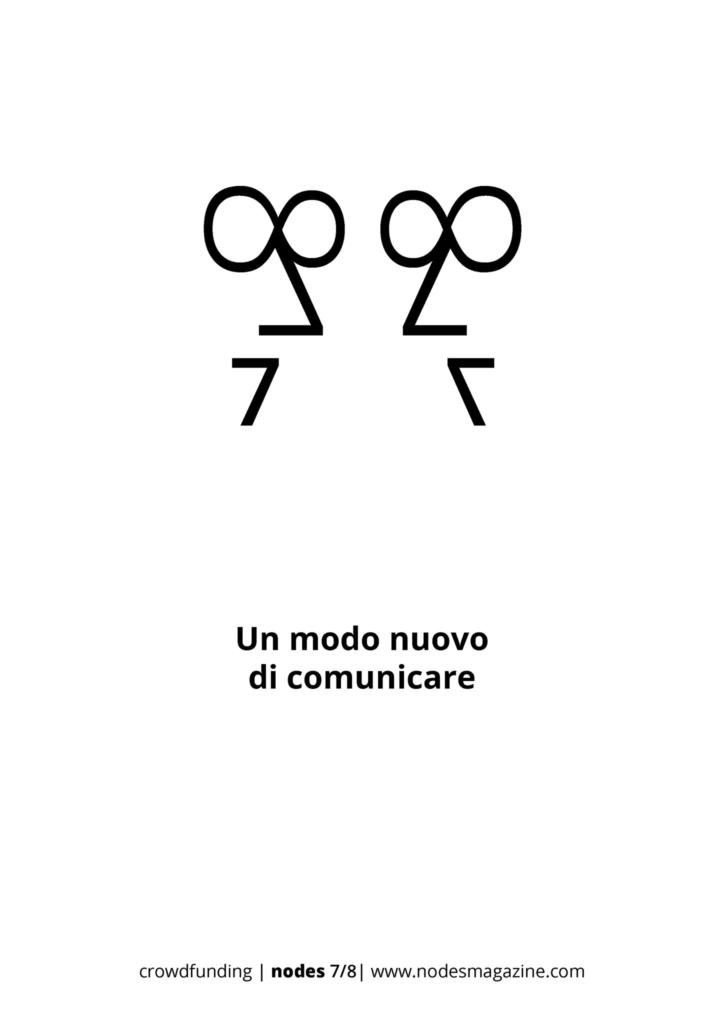 8) What would you like to convey to your audience? Short-projects?

Rather than convey something we want to clarify some issues and concepts extremely smoky today when approached art. The concept of research, the concept of experimental, the concept of inspiration, the concept of creativity. And precisely in this direction we will go our whole program. On March the 22 we will present the new issue of our magazine, Nodes, and on April the 5 will open to the public an exhibition that presents itself as an event in progress. Starting from the inauguration will take place daily of targeted experimentation. 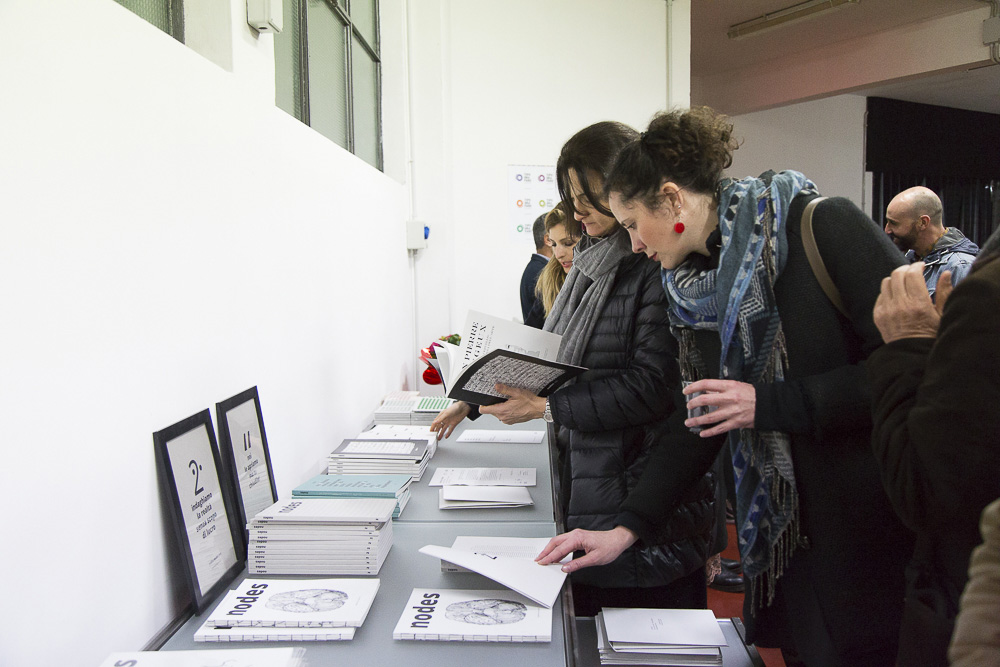 9) To end, what you would like to leave to the future?

We would like to free up the current artistic culture from the limits of an old way of looking at the aesthetics and the artwork. Bring the aesthetic debate of an international discussion platform through theoretical and tangible experimental data, exceeding the authority of the critic or duty fees, which very often respond to the status quo.

Centre for Research on the relationship between art and science Numero Cromatico is a research center, founded in Rome in 2011, formed by researchers from different disciplines. The research is divided into areas such as art, neuroscience, experimental aesthetics, psychology of art, visual communication. The Centre aims to: carry out scientific research in the arts; open a debate on current limits and prospects of contemporary art; produce theories and works on an experimental basis; stimulate critical thinking through publications, workshops, research projects, performances, events, conferences, exhibitions and works. Members of the research center: Salvatore Gaetano Chiarella, Manuel Focareta, Dionigi Mattia Gagliardi, Danilo Innocenti, Marco Marini, Japoco Natoli, Luna Sarti, Giulia Torromino. 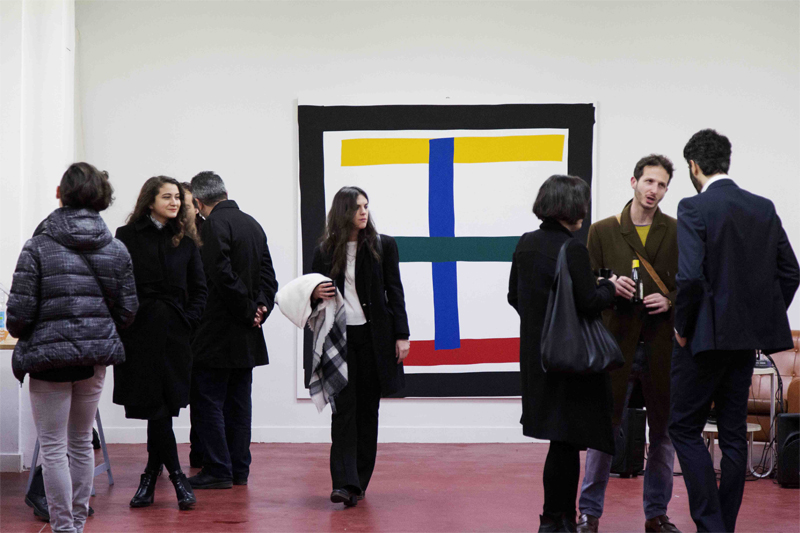 During the opening evening it was presented the program of activities of the first semester and will present a preview of the new issue of the magazine “Nodes”, the main dissemination organ of the Center’s activities. Also, you can see all the volumes produced in these years by the publisher and during sound Mash-up night of zOOplasty 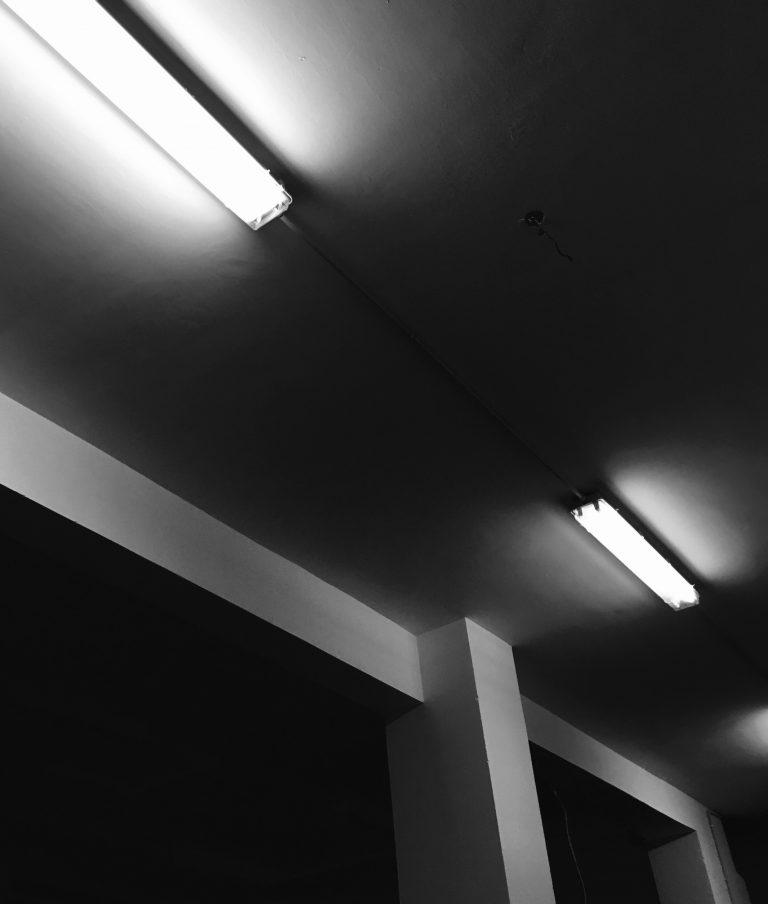 Numero Cromatico (Chromatic Number) is a research center, founded in Rome in 2011,
made up of researchers from different disciplines.
The research is divided into areas such as art, neuroscience,
experimental aesthetics, psychology of art, visual communication.
The Centre aims to:
carry out scientific research in the arts;
open a debate on current limits and prospects of contemporary art;
produce theories and works on an experimental basis;
stimulate critical thinking through publications, workshops,
research projects, performances, events, conferences, exhibitions and works.

Members of the research center