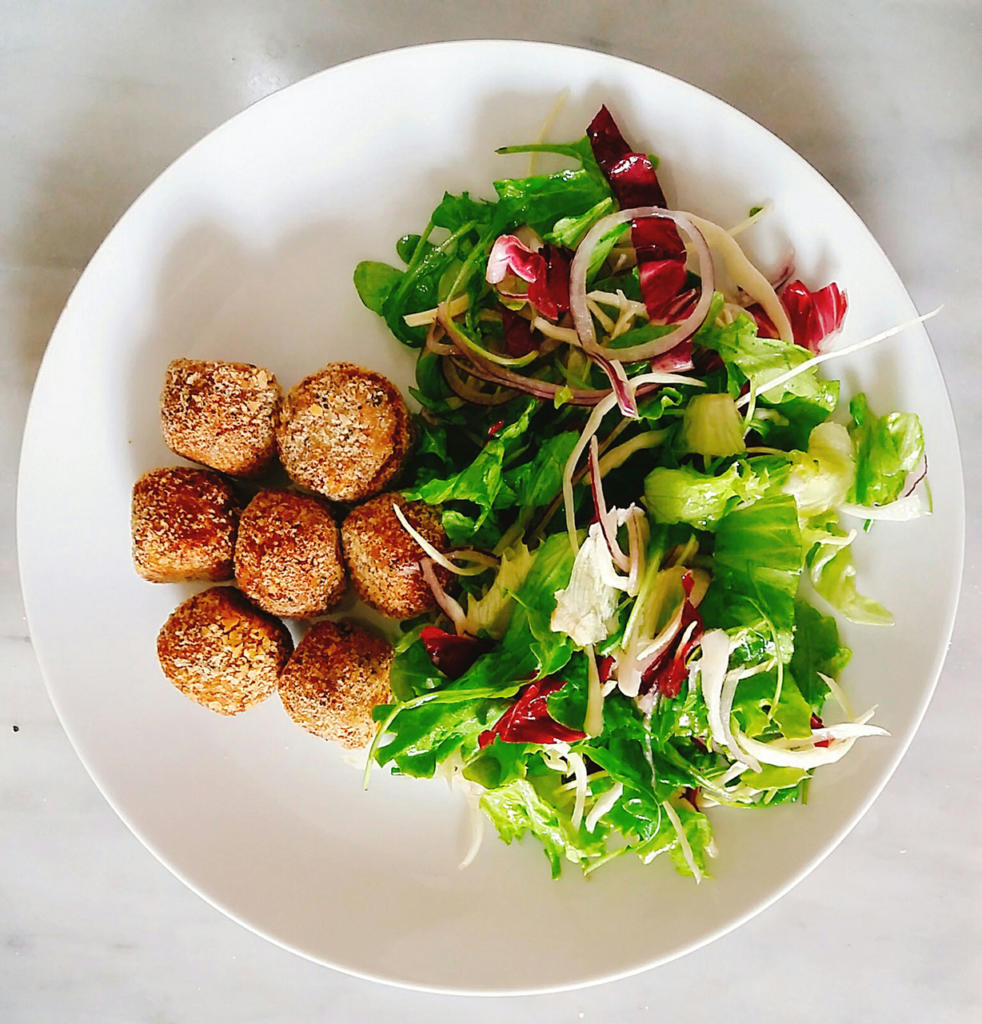 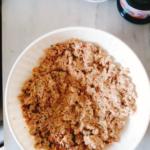 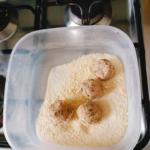 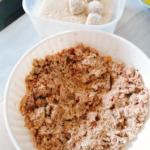 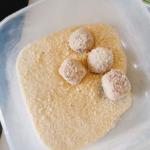 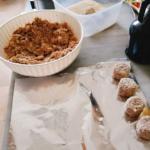 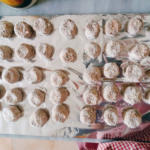 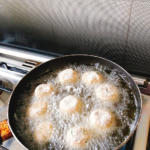 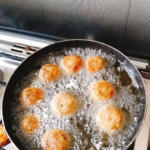 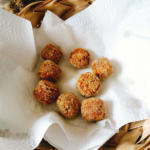 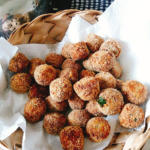 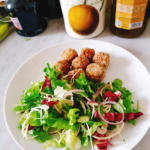 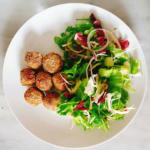 Reduce the meat in the pulp with a mixer

Divide the grated pan into two parts one will serve the meatballs the second most abundant for the panature.

Soften 100 gr of breadcrumbs with milk

Mix bread and spices with eggs along with cheese

Pass the meat balls into the breadcrumbs

Bring the oil to a boil

In this title I mentioned the words on roman speaking firsthand … This version of the baking meatballs is served with salad accompaniment while tradition would like to prepare a simple tomato sauce with which to accompany this delicacy.

Boiled meat  are a way to make the meatballs even more enjoyable than, if not well worked, they may become “cannon balls”, very  hard to say …

Starting from a meat already cooked you can not go wrong will always be soft and appetizing.

The Barilla’s cooking academy calls poached  beef in meatballs s to the roman style, now starting from the beef lettuce to create the meatballs seems to me a surplus.

Use low-boiled meat from a meat broth or chicken as I did.

A soup that has served you or will serve you sooner or later as you teach the French  cusine to keep it a bit in the kitchen.

And here I should open a further chapter for the broth of meat, that in my land of adoption Emilia even has in the title a numbering derives from the number of meat used Es: broth of third or fourth …

In Rome, boiled meatballs are part of the DNA of homemade cooking, but you can find them in Trattorias that make traditional dishes.