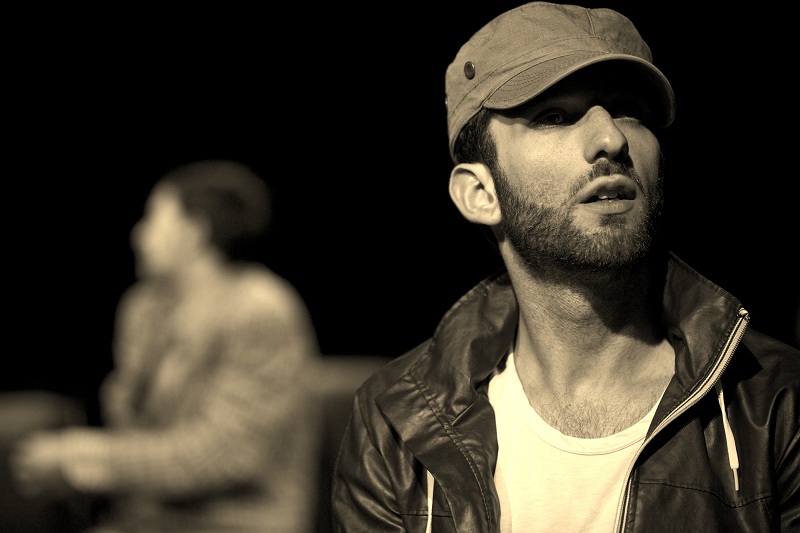 “Take me to someone’s home” is the play that has opened Brancaccino’s stagy season 2015-2016 on 22 October ad it was on stage until Sunday 25 October. 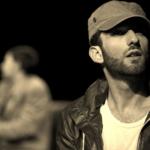 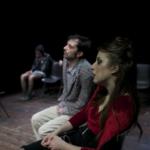 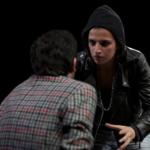 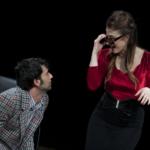 The play is set in a night bus at the last stop, before leaving. Actually the driver shift (performed by Massimo Odierna) meets unusual and grotesque passengers: there is a poor man (performed by Vincenzo D’Amato) obsessed by searching his teenager son’s soccer ball, casted away by the poor man himself ,who wasn’t able to parry the shot ball, consequently he feels an inadequate father and also his wife mauls him (“My wife forces me to sleep on the couch!” he often says); then there is an actress (performed by Sara Putignano): she seems to be fleeing a lot of fans, vip and paparazzi during a party for her latest film, but in spite of the appearance, she distributes her business cards, then perhaps she is a strolling player with an unsuccessful career; at last a young junkie girl comes in the bus (performed by Diletta Acquaviva), she has just left a rave party and she is stoned: she refuges herself in the bus, because she is chased by a white car nobody has whatched. All these strange passengers confide in driver that they are without a ticket. Nobody expects controller of tickets to arrive (performed by Nicolò Scarparo), but unfortunately a controller of tickets appears like an implacable tragic destiny and bring back reality these borderline passengers. Infact controller doesn’t matter enfrenzied passengers’ explanations, but nail them to reality, only requiring bus ticket. At this stage everything seems to be turned to order and perhaps passengers are going to be fined, but a shocking turning point happens: the controller is an impostor and also he is revealed as a dangerous mad man with a gun. He is going to divert the bus to a place where he has a very important date. Afterwards there are a lot of turning points: the true controller of tickets appears (performed by Stefano Ferraro) and forward the false controller’s nagging mother (performed by Maria Piccolo) comes in tryng to bring her son at home. These new characters reveal more and more about other charachters’ lives, tentions, internal and external conflicts . At last the bus becomes a large group therapy in which charachters slowly get out of loneliness and begin to interact honestly among themselves, until the uninteresting driver decides to fire up the bus and the story turns an amazing epilogue….

“We are all attracted by an elsewhere we are bewiched, perhaps because searching something different by reality we are involved it’s in human being. We don’t feel at home, even if we back home” – means of these words, young director writer and actor Massimo Odierna explain the title of his play .

The staging is purposely minimal and the bus is only an evoked place where actors play a funny and exciting drama. Tragedy compounds with grotesque and emotional tentions often dissolve means of amusing and liberating gags. The cast is very appropriate. The actors never lose their fast rhythm. The drama is deep and ironic.

“Take me to someone’s home” is a B-tside project, the most sperimental group inside Blueteatro troupe, grown up by young professionals actors, National Theater Accademy “Silvio D’Amico” graduated since 2010.

Here’s an old trailer of the show which was staged in 2013:

The director Massimo Odierna who has began as an actor, actually engages with theatrical writing and direction, acting an amusing and original play, togheter with an harmonious cast.