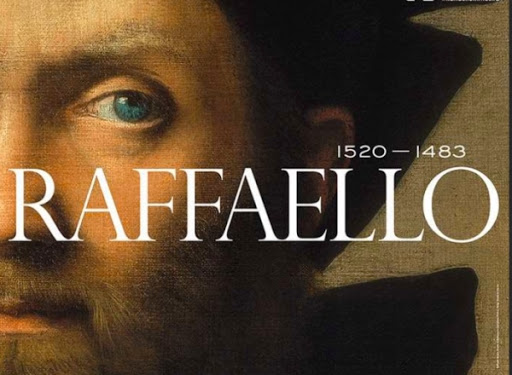 This year there is the celebrations of Raffaello Sanzio, an Italian painter and architect in his 500th anniversary of his death, which took place in Rome on April 6, 1520 at the age of just 37, there is a large monographic exhibition in Rome. 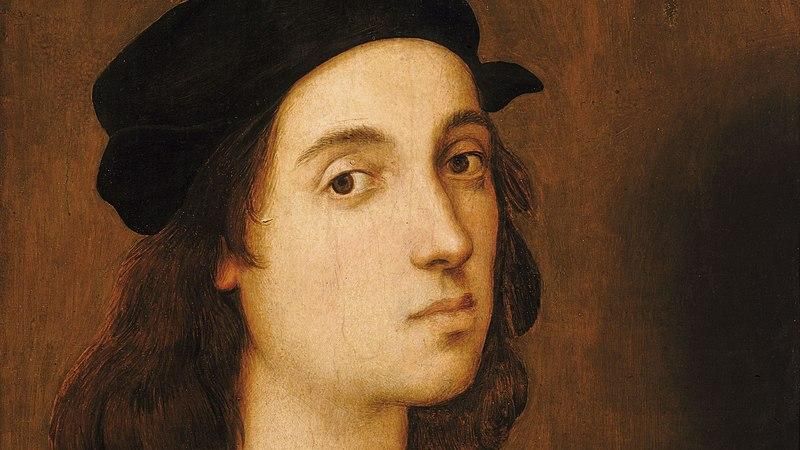 Guest of the Scuderie del Quirinale in Rome, now also on the Web you can admire the whole exhibition, waiting for the doors to reopen soon. Shortly the anniversary of his death on April 5, 1520. 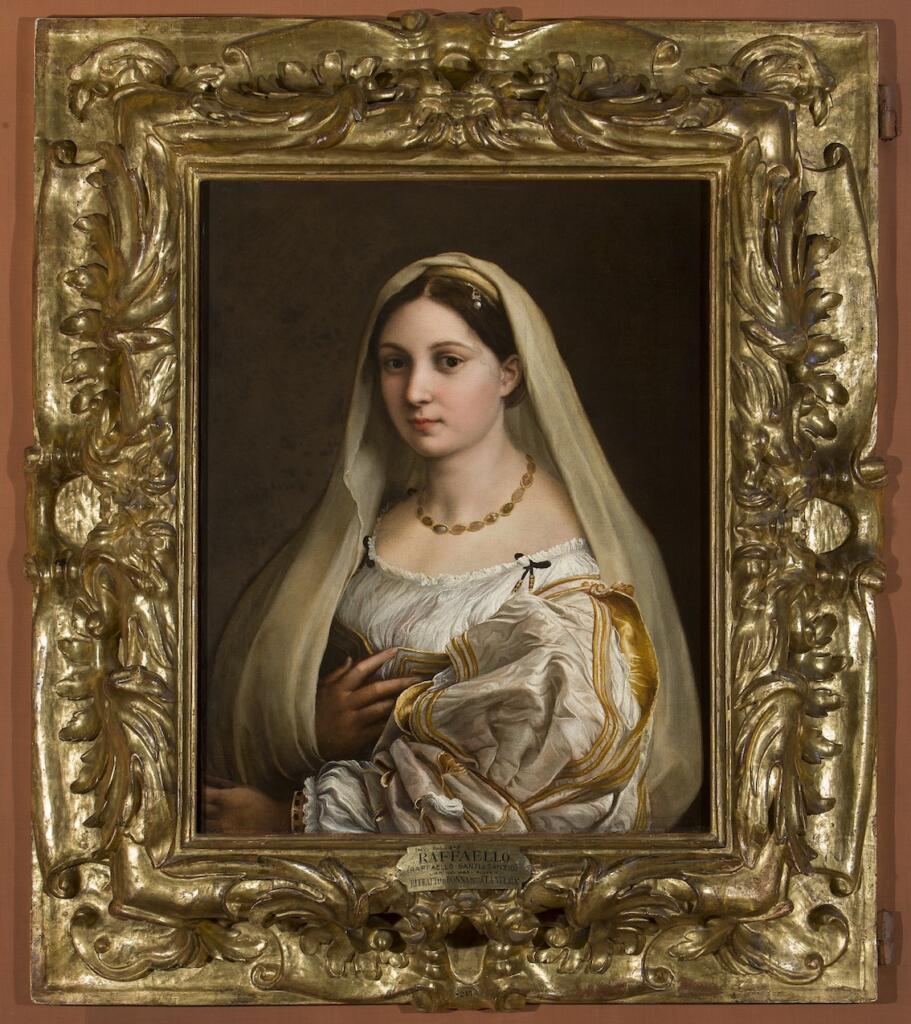 A widespread exhibition full of emotions and charm that brings us among the over two hundred masterpieces of paintings, drawings and works of comparison of the most glamorous superstar of the Renaissance. One can admire a vast corpus of works by the hand of Raphael.
Endowed with elegance, grace and affability, Raphael was well-liked by everyone in his historical period: by the rich lords, by the high prelates and by the simple people of the people.

His talent and versatility made him a sensitive interpreter of the aesthetic ideals of his time and spokesman for an entire generation driven by the dream of recovering the golden age. Even after his death, Raphael continued to speak to men from all over the world and from all eras: his successors considered him a timeless model.

Let’s marvel at the paintings and drawings, for a collection of creations from the Urbino never seen in the world in such large numbers all together.
The “Roman” period of the master between the Madonna of the Grand Duke: from the Uffizi Galleries, the Santa Cecilia: from the Pinacoteca of Bologna, the Madonna Alba: from the National Gallery of Washington, the Portrait of Baldassarre Castiglione and the Self-portrait with friend: from Louvre, the Madonna della Rosa dal Prado, the famous Veiled: from the Uffizi. In short, Raphael excels in everything he realizes his women are true, and he is the artist who knew how to live, his main talent 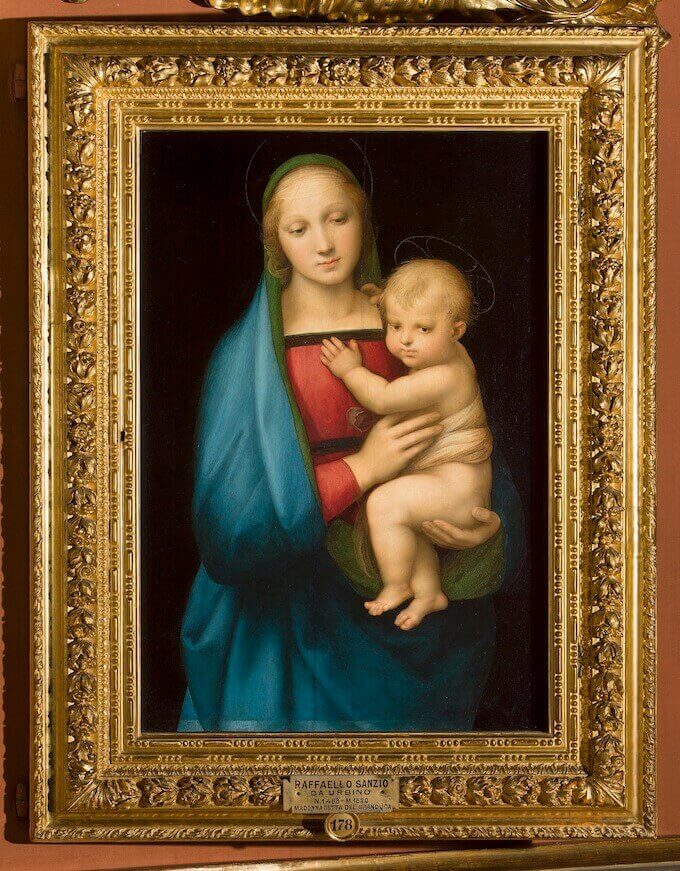 Raphael was a man who knew how to live, this is his main talent” The writer to introduce us to the greatness of the Renaissance master’s work chose to dwell on some masterpieces and a precious document: the Portrait of Leo X among the cardinals Giulio de ‘ Medici and Luigi de’Rossi, the Portrait of a woman in the role of Venus (Fornarina) and the Letter to Leo X, written with Baldassare Castiglione, “milestone for the protection of the historical and artistic heritage”. Melania Mazzucco
Realized by the Scuderie del Quirinale (belonging to the Presidency of the Republic and managed by Mibact through the in-house company ALES), in collaboration with the Uffizi Galleries, the exhibition is curated by Marzia Faietti and Matteo Lafranconi with the contribution of Vincenzo Farinella and Francesco Paolo Di Teodoro. An authoritative scientific committee chaired by Sylvia Ferino has supported and deepened the work of the curatorial team, stimulating a fruitful dialogue between the most accredited sector specialists in the world, such as Nicholas Penny (formerly director of the National Gallery in London), Barbara Jatta (director of the Vatican Museums ), Dominique Cordellier (Musée du Louvre), Achim Gnann (Albertina, Vienna), Alessandro Nova (Kunsthistorisches Institut, Florence). 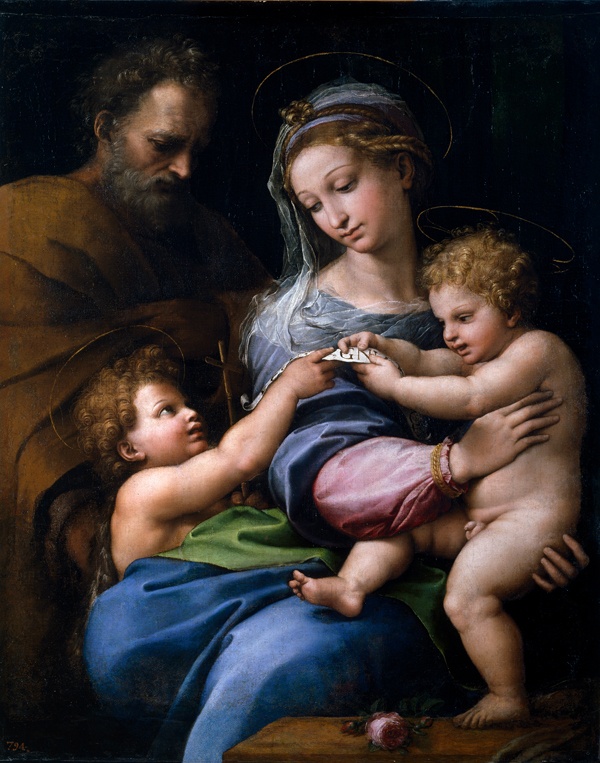 Also in terms of loaned masterpieces (as well as scientific work done), the contribution of the Uffizi Galleries was decisive, with about 50 works, more than 40 of which by Raphael himself. But also many other museums of international importance have contributed to enrich the exhibition with masterpieces from their collections: among these, in Italy, the National Galleries of Ancient Art, the National Art Gallery of Bologna, the Museum and Real Bosco di Capodimonte, the Museum National Archaeological of Naples, the Brescia Museums Foundation, and abroad, in addition to the Vatican Museums, the Louvre, the National Gallery of London, the Prado Museum, the National Gallery of Art of Washington, the Albertina of Vienna, the British Museum, the Royal Collection, the Ashmolean Museum in Oxford, the Musée des Beaux-Arts in Strasbourg. Overall, more than 200 works will be on display.

On 6 of April 1520, as we said, Raffaello Sanzio, the greatest Renaissance painter, died in Rome at the age of thirty-seven, young. The city seems to stop in emotion and regret, while the news of the disappearance spreads with incredible rapidity in all European courts.

Not only an unprecedented artistic journey was interrupted, but also the ambitious graphic reconstruction project of ancient Rome, commissioned by the pontiff, who would redeem after centuries of oblivion and ruin the greatness and nobility of the capital of the Cesari, also affirming a new idea of ​​protection.

The exhibition which was to be open until June 2, is currently suspended but soon we will return to admire it live.