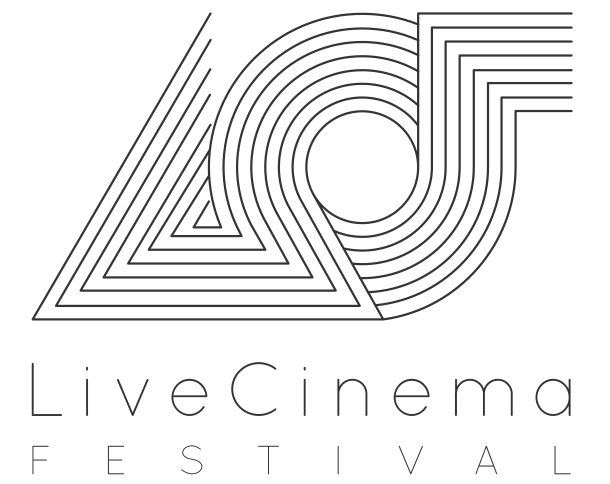 The first edition of Live Cinema Festival takes place in Rome from September 17th to 20th, 2014 in the spaces of Teatro Quarticciolo.

Live Cinema Festival is a live performing exhibition that explores and promotes all the artistic trends whom is attributed the term “Live Cinema”, with performances by artists from Italy, Germany, England, Holland, Poland and Belarus, which have made this narrative technique their stylistic code.

“Live Cinema” means an experimental narrative technique, applied to performative video, which gives rise to the simultaneous creation of sound and images in real time, in which the traditional standards of narrative cinema, represented by the subjectivity of the camera, is expanded into a broader conception.

“Cinema” is understood as the act of simultaneously create images and sounds that interact with each other and take shape in a synaesthetic approach that results in audio-video performance realized in real-time, in which the viewer’s perception is in constant tension between experimentation and re-enactment.

The performances proposed in this first edition of Live Cinema Festival tend to explore issues related to social and new media, but also to more introspective concepts emerging on the screen in a new light, enriched by new languages ​​and new meanings.

Live Cinema Festival is selected as project of the “Estate Romana 2014″ funded from Rome government which, through the exhibition of 8 artists,  aims to exploit one of the outlying areas of the city, which, thanks to a program that combines emerging and known artists, could become a new center of cultural aggregation.

Live Cinema Festival is a cultural and artistic project, promoted by Flyer communication in co-production with LPM – Live Performers Meeting, FLxER.net, Linux Club, Free Hardware Foundation and Improvearts in collaboration with SIAE ed ACEA with the support of Comune di Roma and approved by AVnode.