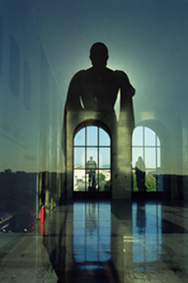 Walking around in the night you may hear some voices from the past, sometimes sad sometimes powerful or desecrating?

Crossing S. Angelo bridge it could happen to hear a young girl mourning. It’s Beatrice Cenci, beheaded in front of Castel S.Angelo in 1557, during the cruel Counter-Reformation period. She was executed by the Pope at the age of 16, for having killed her father who used to beat and rape her. 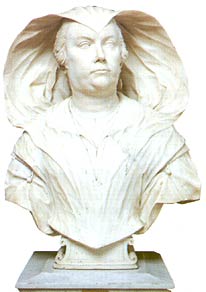 The whole city followed this case with deep concern, defending the girl and being moved by her doom as well as her strenght in standing tortures.
People say that each 11th September – the day she was killed – she comes back from the past and walks around Castel S. Angelo, sobbing with her head in her hands. If you don’t believe this story, go to the Crime Museum in via del Gonfalone, and you’ll see the sword which killed the unfortunate girl.
Pimpaccia

If the night is still deep, cross the bridge to reach Piazza Navona, and be careful! You could come across the famous “Pimpaccia”, the rich and powerful mistress of Pope Innocenzo X, who died of plague many centuries ago.
Romans hated her because of her greed and meanness. Since she couldn’t stand neither fishermen nor goatherds selling goods under her windows in Piazza Navona, she made up her mind to move them in Campo de’ Fiori, where the market still stands. Despite her gathering a fortune in her life – two millions scudi! – she died alone, after beeing exiled by the new pope.
In the stormy nights she has been seen, her eyes red-hot, leaving her palace in P.zza Navona to run by carriage to Villa Pamphili: it is a monstrous apparition which Romans are still scared of !

Maybe you’d like to meet some friendly figure now? So, don’t leave the centre, and move towards Piazza Pasquino, where a nice fellow is waiting for you?
Pasquino 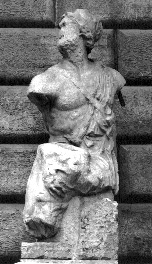 ” Pasquino” is a statue discovered under ground in 1501. Since its placing in the square, people have started to put up some mocking sonnets around the monument, either in latin or in dialect, as if the statue itself had written them.
Rome’s ruler, the pope, was the main target of those satiric comments, which where called “pasquinate”. That’s why Pope Adriano IV was tempted to throw the cheeky statue in the river. Other popes decided to put some guards in charge of the statue, but it was useless: people began to hang up “pasquinate” everywhere in the city! Pasquino’s voice couldn’t be silenced, as it represents the ironic and derisive soul of Rome; the roman statue has been speaking for 5 centuries, and it’s not weary yet to mock and criticize the customs and behaviours of the rulers.
The night is over now, the official city wakes up, while the sun eclipses those bizarre figures of Rome.