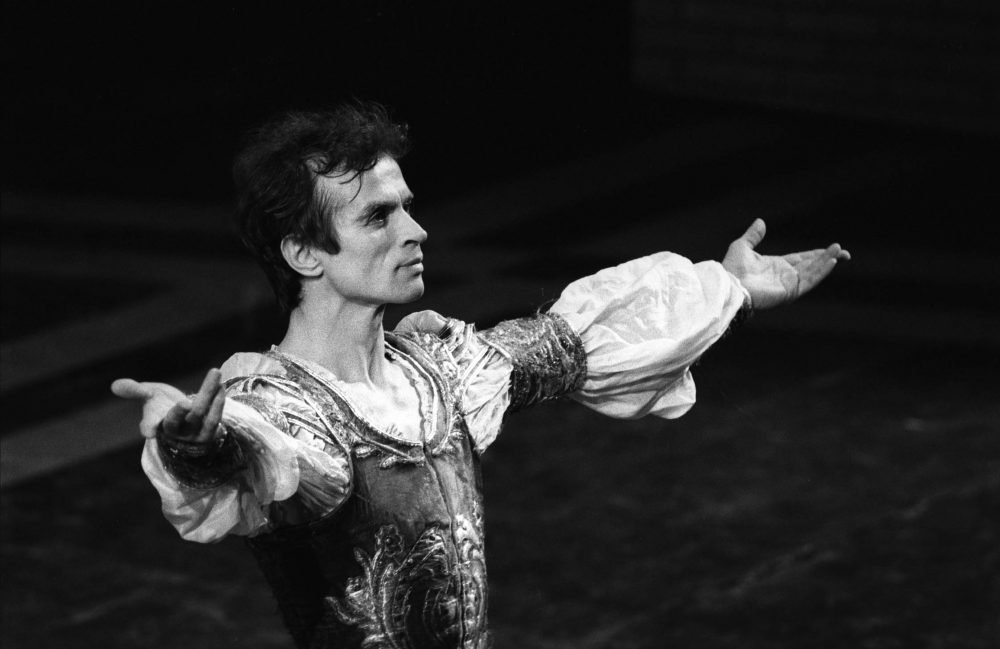 Rudolf Nureyev, he is not a dancer and that’s it … Rudolf Nureyev is the dance made man! Words lose meaning on him, difficult to define as a man and as an artist. A dancer out of the classical canons, that rigid classicism of the ballet that came to life with Nureyew, giving it that dimension of grandeur, which today is recognized to dance, which thanks to Nureyew, from niche art, becomes national-popular art.
For those who have had the gift of being able to meet him in their lives, as happened to me, and to know him, beyond mere human considerations,that can ’emphasize the less pleasant sides of an individual … and Nureyew is recognized the almost unbearable character, for his whims, his pretensions as Etoile of the ballet, his cynicism and selfishness and his stubbornness’ , as well his great egocentrism … but everything disappears in front of his divine talent, a talent that makes him appear almost supernatural!
A life, his own, from a film script, to those unique and unrepeatable lives that you can not even imagine! 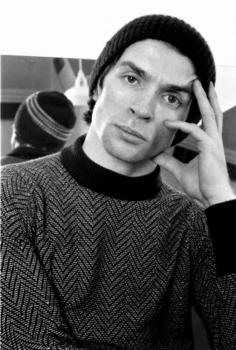 Rudolf Khametovich Nureyev (17 March 1938 – 6 January 1993) was a Soviet ballet and contemporary dancer and choreographer. He was director of the Paris Opera Ballet from 1983 to 1989 and its chief choreographer until October 1992. Named Lord of the Dance, Nureyev is regarded as one of ballet’s most gifted male dancers. (wikipedia)

He left Russia at the age of 23, after becoming very famous with the Kirov Ballet in Leningrad, today Saint Petersburg. He moved to Paris, thanks to an episode that changed his life: in 1961 the first dancer of the Kirov Ballet was injured and Nureyev was called to replace him on a tour in Europe. His performance exalted audiences and critics and from there began his ascent. For his acquaintances with foreign people, considered suspiciously by his academy, he was ordered to repatriate. Nureyev, who had always been a very rebellious character, decided not to return, contradicting orders and becoming a voluntary exile. He remained away from Russia for 27 years, until 1987, when he returned to find his mother, seriously ill, thanks to a special permit.

In 1982 he obtained Austrian citizenship and a few years later, thanks to his friend and partner of many performances, the English ballerina Margot Fonteyn was introduced to the Royal Ballet in London: together they reinterpreted some fundamental ballets, such as Swan Lake and Giselle. Those were the busiest years for Nureyev, both in relationships and with himself. He lived a life full of excesses and insane spending, tore up stage costumes, spit at photographers, kicked police cars. Even his clothes made him spectacular and this year, twenty years after his death, they will be exhibited in a series of exhibitions all over the world, to remember him. Ninette de Valois, choreographer of the Covent Garden Ballet in London, called it “the hysterical effect of freedom”.

Despite his character and temperament, Nureyev was gifted with talent, beauty and charm recognized by everyone. He continued to dance even after turning forty, always playing leading roles in the great classical ballets. He played a very influential role in the world of classical dance, especially as regards the male role in ballet, which until then was considered a simple support for female performers. When he became a choreographer (he was also director of the Paris Opera ballet in the eighties) he gave himself more space to the male dancers. He was also one of the first to break the sharp division between classical ballet and modern dance, performing in both. 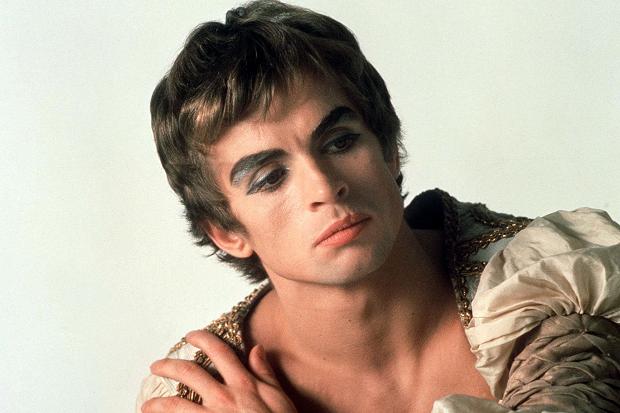 Despite his declared homosexuality, the women loved him and waited for hours, in the queue, outside the Opéra National in Paris, the theater where he worked in the last years of his career and his life. He contracted the HIV virus in the early 1980s: for a while he denied that there was anything strange about his health, until 1990, when the disease manifested itself more intensely. However, he continued to refuse any kind of treatment.
Many of those who had criticized him recognized in the last years of life a great courage, for how he dealt with the disease, without ever abandoning the dance: in his latest public release, in 1992 at the Opéra National in Paris, for staging of his latest work Bayadère, he went up on stage literally holding himself up to the dancers, now without any strength, being greeted by long applauses. He died in Paris on 6 January 1993.
It was in the early 90s “that I was lucky enough to meet him and to know him, despite the visible signs of the disease, his free soul and his charisma remained intact, will remain forever the King of dance, with elegance and a technical virtuosity and unparalleled talent, which almost lifts him up to “Divine Creature”, and perhaps never again will mankind know a dancer like that!