Tommaso Cuneo, one of the few Italian representatives of the Americana Folk genre, publishes the new single Cordelia. Close to the international representatives of this category such as Wilco, Bob Dylan and Tom Petty, Cuneo has created a song with pop/rock atmospheres inspired by the masters of the genre. The piece, arranged with guitars, bass, drums, percussion and electric organ, was produced and written by Tommaso Cuneo and mixed by Marcello Daga. Cordelia (fantasy name, borrowed from a Shakespearean opera) is a girl who is described by the author, but the song is also a reflection on how the meetings in our life can make us deciding to change or make us stay as we are, therefore the meeting with the other helps us to get to know each other better. Filmed before summer 2017, the videoclip is the work of Lorenzo Lattanzi, a videomaker. The main location is the Caffarella Park in Rome, an archaeological and naturalistic area that became a park only in 2000. The video takes place mainly in the park and in the area of ​​Capannelle, as well as on the Appia Nuova and Via Appia Antica. In the scenes alternate outdoor shots with images inside the interior of a car, to make the atmosphere “on the road” typical of rock. 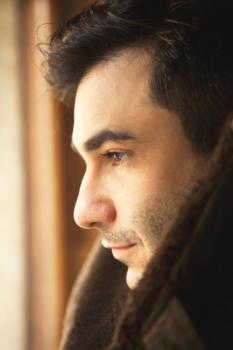 In your video emerges a great love for the Caffarella Park, where does this passion come from?
It is a place to which I am linked having attended it since I was a child, it contains both naturalistic beauty and archaeological heritage, like the whole Appia Antica area in Rome.
What’s Rome in your music and your lyrics?
In my music I can not tell you what there is of Rome, I like Roman folk music, like the stornello, and other Roman folk songs that have a strange taste, cheerful and sad at the same time; and this contradictory character is present in the city of Rome.
How do you see the music scene in Rome?
Prepared artists there are, in different musical genres, then the city is great and some things do not know them.
Playing in the Capital helps respect those who live in other areas?
Rome is great and has various spaces or shows to perform, and this is good for those who want to make music; What’s negative is that going to hear a concert during the weekend in a pub in Trastevere, or San Lorenzo can be challenging. In the car it can take a lot to park and with public transport is an unknown, maybe you arrive but to go back waiting for an hour at the stop. Another thing that makes the concerts not usable at all is the start time, around 11:30 pm usually; I would propose to do, as in other European capitals, the double concert, an exhibition at 21 and one at 23.30, so as to involve people who have different rhythms and times.
What venues frequent in Rome?
Years ago I went to a lot more, less today. I like the places that make live music taking care of all aspects of the public place: the welcoming staff and place, the clean bathroom, quality eating and drinking, well-made music programming. Over the years I have seen that these are the places with these characteristics that remain on the market and create their audience, because the people if they are well do the word.
You also work a lot in the theater and in the school …
At the moment I have the pleasure of collaborating as a musician with maestro Giorgio Colangeli at his theatrical show on “The Divine Comedy” is a project that we propose both for schools, for educational value, and with evening performances in different theaters.
Your 5 favorite Italian and foreign artists?
Only 5? I would have more, favorite I do not know, certainly some musicians that I like are: Maro, a Portuguese girl I recently discovered, Joni Mitchell, Ben Harper, Francesco De Gregori, Pat Metheny, Evelyn Glennie, Django Reinhardt, Lucio Dalla , Emma Morton & the Graces and many others.
Would you ever do a duet with a rapper?
Yes, willingly.

What awaits us after the single Cordelia?
After Cordelia, another single will arrive and my new album, in a few months, but I do not say the title, you’ll find out.