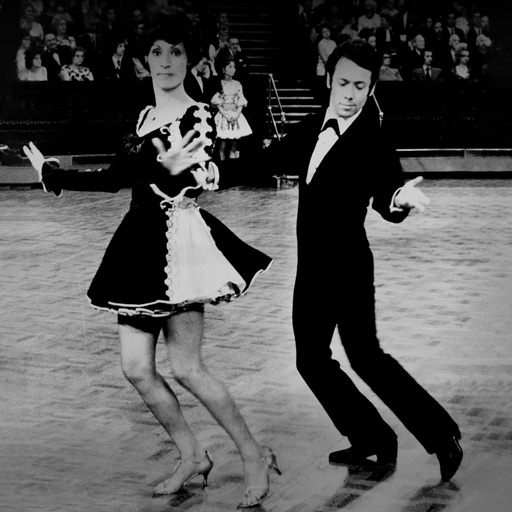 “Un’epoca raccontata attraverso una pista da ballo” (trad. An era told through a dance floor) is the title of the last book published by Osvaldo Sponzilli. A tribute to his friend Walter Santinelli, a dance master of ancient family tradition.
A journey through the history of Rome from 1932 to the present day: the biography of a family of dancers, who made dance known in every corner of Italy.
Rome is now seen as a city for the rich, through the centuries it has always been a city of the poor, if we exclude the papacy and the great noble families. Life took place between the Borghi and the Rioni, on this side towards St. Peter’s the villages occupied the space between Castel Sant’Angelo and the Vatican Area, on the other side of the Tiber the Rioni.
Our story begins in the villages of San Pietro a Spina di Borgo, the area that the Fascist period of twenty years demolished to make room for Via della Conciliazione. There in the Spina and precisely in Piazza Scossacavalli was born the protagonist of our story: Walter. He was obliged to leave with his parents in continuous moves between Torpignattara, Trastevere, via dei Coronari up to via Ennio Quirino Visconti.
The biography alternates with the stories of the various corners of Rome: medieval areas such as the area of the theatre of Marcellus whose lower arches were home to artisan workshops of various kinds of food. That area was also demolished, and medieval buildings and churches disappeared, hiding the Theatre from view. So the Romans could appreciate it: for many it had been unknown. However, Via della Bufola, the Arco dei Saponari, Vicolo della Campana, Monte Caprino, Via Tor de’ Specchi, S. Maria in Vincis and Piazza Montanari disappeared.

The history of Rome merges in the book with that of Walter Santinelli and his father Antonio who, after many misadventures, landed in Via Ennio Quirino Visconti during the war and soon transformed part of their house into a dance school.
It is the story of “Er Ciriola”, a local dance club with a beach on the Tiber under Castel Sant’Angelo, which was the scene of post-war films.
In a frame of other times, bike rides through the newborn Via del Mare to the pinewood of Ostia where to the sound of a violin were improvised dance steps and teachings to little Walter. There is no lack of descriptions of corners of Rome that have disappeared, such as the soldier’s bridge so called, because you paid a penny, or five cents, to cross it.
In his biography Walter, which fascism for the law on names had transformed into Gualtiero, tells the lynching of the director of Regina Coeli’s prisons in front of his eyes as a boy immediately after the war.
Characters of the past such as Renato Rascel, Ugo Gregoretti, Alberto Sordi, Pietro Germi, Monica Vitti, Michelangelo Antonioni and current ones such as Lino Banfi, Elena Sofia Ricci, Milena Vukotic, Beatrice Fazi, Luca Angioletti cross the pages of the novel.
The correspondence dance courses that Antonio Santinelli patented open the world of dance to many Italians even in remote villages.
The official dance school in Rome immediately after the war in the area of Piazza Vittorio involves the entire Santinelli family whose memories are in the films of the RAI archives.
The first school of the young Walter in Cola di Rienzo, then Viale Mazzini, Val Favara and Via Medaglie d’oro up to the Santinelli Dance Academy founded by his daughters, choreographers for television.
The novel from Rome moves to Paris in the world of Toulouse Lautrec, to London and Germany for the world dance championships.
Glimpses of history that cross the world of the student revolution of ’68 until the Travoltismo of ’78.
Even objects symbolic of Italian technological progress enter the story with the Vespa, the Lambretta and the legendary Olivetti letter 22.
The life of the Santinelli family enters the world of cinema with the preparation of actors in the English Patient, the Marauders of the Sahara, Blue-eyed Lisa, Murder on the Highway and many others; in TV dramas the “Doctor in the Family”, “All crazy for love”, “Don Matteo” “I Cesaroni”.
A biographical novel to read all in one breath in which the story alternates with historical narrative and in which the author here and there also comes into play for events that have crossed the life of Maestro Walter Santinelli.
The book is completed by an extensive appendix with the history of dances from the origins to the present day, the Italian dance federations and associations and a series of images dating back to the 50s with the tables of Antonio Santinelli’s correspondence courses.