From July 2 to 13, 2018 the “Rainbow of Winnie Pooh” nursery will host the A.C.L.E. in which 80 children and young people between the ages of 5 and 14 will participate in direct contact with 9 native tutors from Great Britain, Ireland, Canada and South Africa hosted by local families.

For the seventh consecutive year, the City Camp returns to Cori (LT). The study-holiday organized by the Cultural Linguistic Educational Association (A.C.L.E.) will begin on Monday 2nd July and will end on Friday, July 13th, at the nursery school “The Rainbow of Winnie the Pooh”. The project aims at the acquisition of the foreign language in a context of global education, based on the theoretical foundation of REAL (Rational Emotional Affective Learning) which sees the motivational stimulus to learn in the emotional, emotional and rational involvement of the child, at the same time encouraging interculturalism. 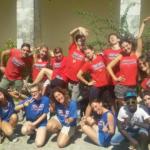 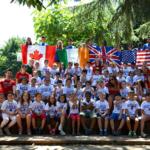 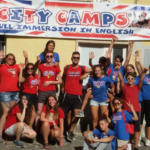 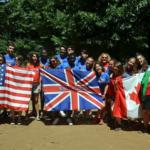 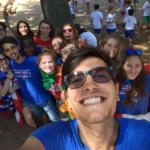 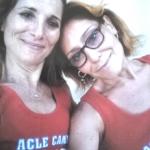 80 members, between 5 and 14 years, who for two weeks will live in direct contact with 9 native tutors from Great Britain, Ireland, Canada and South Africa, hosted by as many families of choirs and 13 Helpers, boys and girls between 15 at the age of 18. The Camp will be led by 2 Camp Directors, Manuela Magliozzi and Lorella Musella, teachers of the ‘Cesare Chiominto’ State Comprehensive School, which will favor the intermediation between students and tutors, creating a sense of belonging and familiarity in young people to feel accompanied discovery of foreign language and culture.

A full immersion without study or homework, to favor the spontaneous acquisition of the English language and to improve pronunciation, comprehension and vocabulary. Many games, competitions of all kinds, water games at the municipal swimming pool managed by the ASD Giulianello Calcio, theater, music, sport. At the end the ‘Final Show’ of the children, in English, in the presence of parents and relatives. Participants will receive the English certificate A1 and B1 while the Helpers a certificate of participation valid for the allocation of credits in the high schools of belonging. Three female students of the State High School “A. Manzoni “di Latina will perform at the City Camp the alternation between school and work.