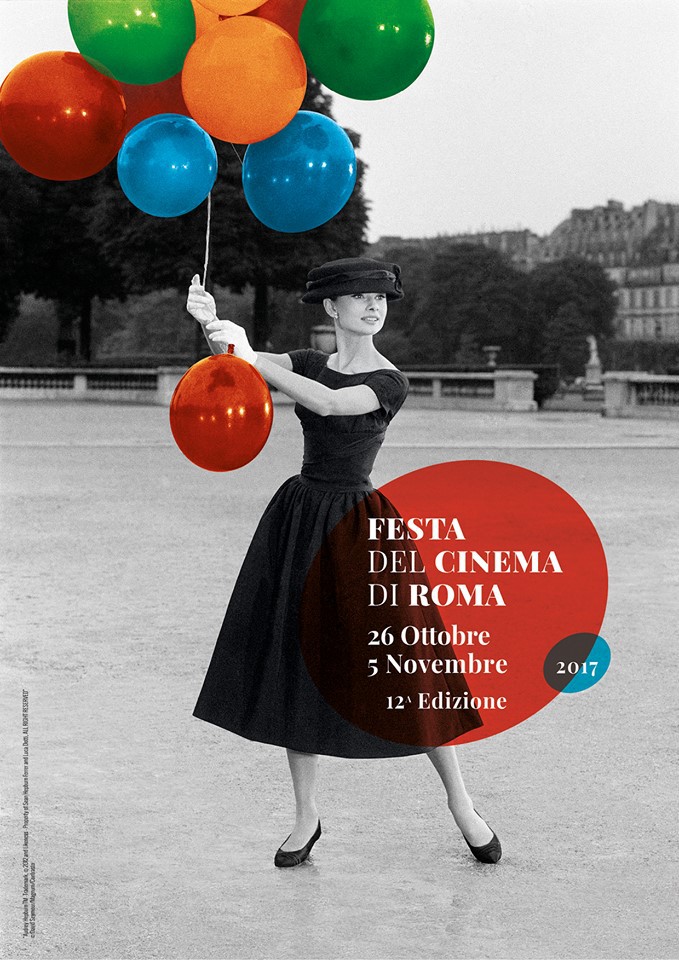 The 12th edition of the Festa del Cinema of Rome (2017, October 26 – November 5) ended yesterday with the artistic direction of Antonio Monda, many films presented in the Official Selection from all over the world and a rich list of meetings with movie stars. As the name itself says, this annual event is a real Festa of the cinema dedicated to the public and to those who love the seventh art, not attributable to a traditional festival.

Despite the increased ticket prices compared to previous years and many films that do not convince to the full, among the guests of this edition were: Oscar-winning actor Christopher Waltz, loved by Quentin Taratino, the young and talented Canadian filmmaker Xavier Dolan, who is inspired by all the young people who come to the movies, and is currently working on his next film The Death and Life of John F. Donovan, out in 2018.

Hollywood actor Jake Gyllenhaal who presented the movie Stronger by David Gordon, featuring Jeff Bauman, a common man who remains victim to the Boston bombings during the 2013 Marathon, the writer Chuck Palahniuk of the unconventional style that talked about the horror movies that inspired and disturbed him.

The versatile actor of cinema and theater, Ian McKellen, reminded everyone of Gandalf in the saga of The Lord of the Rings, who in this edition presented the documentary about his life, directed by Joe Stephenson, McKellen: Playing The Part , in a press conference talked about his experience as a gay actor in the eighties and the importance of being himself and how this allows him to express the talent of an artist better, leaving everyone speechless when he uttered, at the request of the public, the fast beat: “You will not pass.”

But surely the most anticipated meeting was one of the last, with the famous master of the unconscious David Lynch, with endless lines that began many hours before, to which he was handed over, forty years after the release of his first feature film Eraserhead, the Career Award directly from director Paolo Sorrentino. Lynch recounts his mastery of the dream world, his way of getting caught up with sudden ideas, and how afterwards he creates a story: “The script is born out of a jigsaw puzzle: a puzzle to be solved.” An all-around artist who is not only dedicated to cinema but to everything that is artistic creation, from music to painting (among which he loves Francis Bacon’s paintings for his distortions of the human figure) and who has recently returned to his famous TV series of the ’90s with the third season of Twin Peaks. Among the three Lynch films to be commented on with the audience are: Lolita by Stanley Kubrick, Sunset Boulevard by Billy Wilder and 8 and ½ by Federico Fellini, who love the ability to bring the dreamer to the screen and remembers with emotion the encounter with the Italian director in the last days of life.

Among the meetings with Italian stars we remember those with Rosario Fiorello, Nanni Moretti and Gigi Proietti.

Only two Italian films in this year’s Official Selection: Una Questione Privata by the Taviani Brothers, with Luca Marinelli, came out in theaters on November 1

and the closing film The Place by Paolo Genovese with an Italian cast of all respect including Valerio Mastrandrea, Marco Giallini, outgoing on November 9th. Paolo Genovese returns to the movies after the success of Perfetti Sconosciuti, with another dramatic film but with surreal tones: a mysterious man helps strangers express their desires in exchange for tasks to be performed. The story investigates how much you are willing to dare to get what you want and what this entails.

But absolutely to see are I, Tonya and C’est la vie !

I, Tonya by Craig Gillespie with a fantastic Margot Robbie tells the true story of skater Tonya Harding, involved in a world scandal, accused of being the head of an aggression to a rival Nancy Kerrigan and how this episode has torn her career, even though she was not the real creator of the incident. A woman who has devoted all her life to skating and who knows how to do just that for which she has been practicing for years, a woman out of style and therefore not loved by many, surrounded by unhealthy relationships, an oppressive mother, and a husband often violent and impulsive. I, Tonya tells us a dramatic event but in an ironic and bland language so that only in the end we realize that there’s a bit bitter in the mouth.

C’est la vie! by Eric Toledano and Oliver Nakache, directors of the already acclaimed Quasi Amici, is instead a choral comedy that revolves around the organization of a wedding full of strokes, which laughs from beginning to end but always with some intelligence, characteristic of the two directors.
Exiting in Italy on 2017, November 30.

The winner of the BNL Audience Award this year goes Borg McEnroe by Janus Metz with Shia LaBeouf and Sverrir Gudnason, also a sport movie from a real story, one of John McEnroe’s greatest tennis rivalry and Bjorn Borg, tells two very different personalities, their private lives, not just on the battlefield, and their epic confrontation, which has remained in the history of tennis, in the 1980 Wimbledon finale. The film is due out on November 9th in Italian venues.