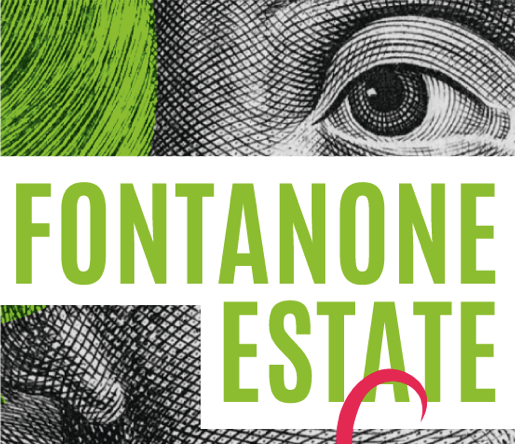 FONTANONESTATE 2014 XIX EDITION
The program of FontanonEstate has been extended until September 13, the last week has been dedicated to theater and music quality!
The performances will take place all on the big stage (Square of Remembrance, the Janiculum) at 21.

“Look and learn to recognize who and what, in the midst of hell, is not hell, then make them endure, give them space”
Massimo Popolizio and Javier Girotto together to create the atmosphere evoked by some wonderfully evocative pages of the book “Invisible Cities” by Italo Calvino. Popolizio gives voice to both Marco Polo and to his listener, Kublai Khan, a melancholy emperor aware of the fact that his endless power counts for little because much of the world is falling apart. The city described by Marco are elusive, utopian and sometimes seem to make fun of the same traveler in an endless flight of distorting mirrors. The dialogue between the notes and words is continuous, and thus comes a kind of real jam session, where the music becomes more valuable dramatic.
In the selection of texts Teresa Pedroni has favored the most spectacular aspect where the word becomes more evocative and more pregnant with meaning. The choice of jazz as a musical language helps to interpret the color and the feelings that arise from them on the cutting irony and lightness: sax, clarinets and flutes Andean Javier Girotto weave their sounds to the word, set in a magical space illuminated by a clever play of light. In the repetition of fantastic conversations between the Emperor Khan and Marco slowly emerge an intermediate zone in which the two partners thanks to a synergy mysterious vision and transform into account the desires and dreams of one another.
Who controls the narrative is not the voice, the ear, says Marco Polo. So the show, by incorporating these words, let the audience the freedom to create their own mental path, driven by a constant dialogue between voice and music together that speak of elsewhere, travel, freedom to indulge the emotions without questioning.

During the show, the comic actor’s conduct will be evaluated by the public, and to achieve promotion to the next step you will need to pull off jokes and irresistible characters: we will try Gianfranco Phino exhibiting his intelligent humor and never vulgar cabaret, music, imitations and dialects; Laura De Marchi committed to outline the female characters are never conventional; Gianluca Giugliarelli grappling with the problems of the estranged husband who is fighting with a wife–hyena that sucks blood and money, a judge and a relentless psychologist hippies, obsessed with the seventies that further complicates the life; Velia Lalli with his bold provocative and original contemporary scientific theories on behavior, torn between the desire for freedom and fear of judgment.

Laura De Marchi, face theater and television, is one of the most popular protagonists of Italian comedy. A comedy that takes away from the joke always vulgar and low alloy, but rather it is always characterized by a look “busy” on reality and a strong point of view of gender.
Velia Lalli, recently won the prestigious Fringe Festival in Rome, is an exception in the world of Italian comedy. “I’m healthy and devouring snacks carcinogenic, romantic and provided with condoms in her purse, respectful and reach for the brawl in traffic. So nice what a bitch. “The Roman Velia Lalli, the first and only stand-up comedian Italian, sends them to say, even when he speaks of himself. v.m. 16 years
Gianfranco Phino, intelligent comedy and never vulgar, eclectic actor that shifts with ease from comedy to musicals, providing exhilarating performance as singer and imitator .Phino is the complete artist, always looking for new communicative expressions. Objective of her performances is the involvement of the public, entertain its viewers with lightness. His shows, written in his own hand, offer an elegant comedy.
Gianluca Giugliarelli, comedian and author of many big comedy, offers its incandescent monologues about divorce, already made ​​”Zelig Off” and aggratis.

Who better to Simona Patitucci, born and raised in a family of entertainment, various arts and cinema, to accompany the audience in a fly – and laughing! – Through fifty years of film made ​​in Italy?
But wait: the focus will be not on vision, but listening. The soundtracks have given us jewelry able to shine even after you have turned off the last light on the screen; extraordinary songs, sometimes tender, sometimes bizarre, sometimes with their lives (and luck) of their own, at times inextricably linked to that specific film, and the face of the stars, in the service of which they were composed.
Simona Patitucci has always been in love with everything that is scenic art, selected, hand in hand with its author, Gianfranco Vergoni, songs, stories and pictures, such as a gold-digger. And is ready to offer them to the public, accompanied on the piano (the instrument commented that the projection of silent films at the time of the early days of film) by a musician of the highest order, a companion of many raids theatrical-musical works, or the Maestro Riccardo Biseo.
Other valuable ingredients of this “recipe” musical projections designed and developed by Pádraig Ò Broin directing and coordinating assigned to the creativity of Toni Fornari.

Friday, September 12, 2014
BROTHERS OF ITALY
by and with Augusto Fornari and Toni

In this show the brothers Augusto Fornari and Toni are the two aspects of Italy: the patina of popular songs, television and one of the worst of the socio-politico-economic crisis in the country.
While Toni is intent on presenting his show of songs and parodies, Augusto fits as a “disturber” trying to boycott the show doing political satire, seemingly petty, but in the end turns out to be very scratchy.
In this show are the scene of parody, satire, the distortion full of songs and situations that follow traditional patterns sometimes, but they are always executed in a fresh and original. The two actors interact in a continuous game both fun scenic and musical virtuosity.
Of course, there comedy sketch-shoulder classic cabaret and variety represented in a modern way.

Where: Gianicolo Fountain – Via Garibaldi 30 – Rome
In case of rain, all events will be hosted at the Teatro Belli square of s. Apollonia 11a Trastevere