At Casa dei Teatri and Centres Theatres Elsa Morante, Gabriella Ferri, Aldo Fabrizi the history of Rome takes the form and moves on stage  through different eras, with its customs, traditions, anecdotes and social migrations, moves on stage. There are two parallel projects and the different tones to tell the capital through the faces and voices of actors, writers, poets, musicians and actors of the scenes.

From October 16 to 19 at the Cultural Centres Elsa Morante, Aldo Fabrizi and Gabriella Ferri takes place Authors to Rome with free admission event organized by the Associazione Culturale Racconti Teatrali.

Authors to Rome is a look poetic, theatrical and artistic of the Eternal City, entrusted to the careful pen of Pierpaolo Palladino, Graziano Graziani, Elia Marcelli, Giuseppe Manfridi and staged by famous faces such as Francesco Montanari, Fabio Bussotti, Alessandra Costanzo, Andrea Murchio and Christine Aubry and the music of Pino Cangialosi. 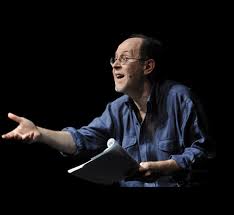 It is inspired by the many souls of a capital city that collects the testimonies of World War II and today is looking at herself through the words of the great names of theater and poets. Like, for example, the story of a city lived through the point of view of second generation migrants and faith football that proposed for the show on Thursday 16th at the Center Elsa Morante at 21.00 with “Pisa-Rome 1 to 2” and starring Giuseppe Manfridi.

A show dedicated to the Capitoline faith football and the game that marked the beginning of the ride that brought the championship to 83 team AS Roma. A moving tribute to the player of the Roma to become champion Italy was the great captain, Agostino Di Bartolomei. 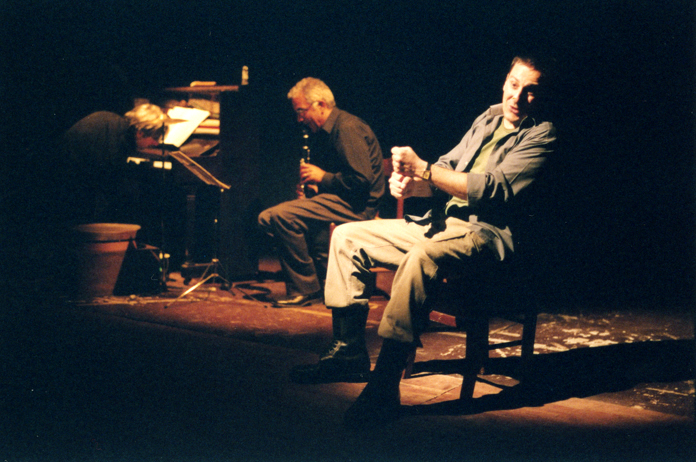 On 17 October at 21.00 at the Centro Elsa Morante “La battaglia di Roma” by and with Pierpaolo Palladino: the re-enactment of a historic day, that of Sept. 10, 1943, two days after the armistice, when he was in Rome fought the biggest battle on national soil between the regular army Italian and German armies. It is a narrative in free verse, inspired by the structure of the Roman, with original music and play live with Pino Cangialosi, Fabio Battistelli and Livia Cangialosi.

On October 18 at the Centro Aldo Fabrizi, with “Roma, la città e il mondo – Uno sguardo incrociato” takes a reading with original music by Pino Cangialosi and performed live with Fabio Battistelli and Livia Cangialosi of four authors of Italian birth and election to tell, each from their own angle relationship with the city of Rome. 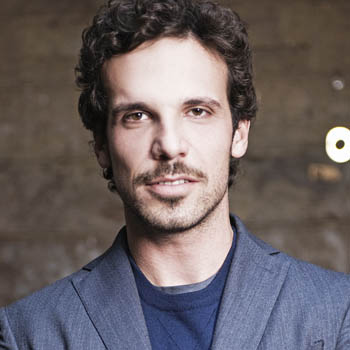 On 19 October at 18.00 at the Centro Gabriella Ferri with “Poeti per Roma – Reading”, curated by Graziano Graziani and Simone Nebbia. First survey on contemporary poetry in Roman language, which is alive full of interesting ideas, styles and shapes, while referring to the tradition that remains alive to this word, are able to get straight to the public thanks to the immediacy of orality that is proper to the Roman language, by the great Elia Marcelli de Li Romans in Russia, read by Francesco Montanari, the Poets of the Trullo entrusted to the voice of Simona Senzacqua, sonnets and poems of the Corvaccio Leone Attone “Scartaccia” and Michele Costabile “Er wayfarer crude. “An evening in honor of the Festival of Poetry of ’79 to Capocotta.

Then move to the Casa dei Teatri where, after the story set in the ‘500 courtesan of Rome, which took place in late September, continue in La scena si svolge a Roma, meetings with the free “conversations” half-serious focus on the daily life of the city view from the stage and from the wings of performances set in different eras. Each meeting will be divided into three stages: the “bottom”, a historical setting with some digressions on the daily life of the time led by Patrizia La Fonte, creator of the project; the “behind the scenes footage” reasoning about objects and costumes to put on a show, with the seamstress scene Caty Barone, the toolmaker Matteo Cirillo and several guests almost escaped characters from the script; l ‘”guest”, a character almost escaped from a script that aims directly to the public, with different performers each time.

On 18 and 19 October is the turn of Baroque Rome period ‘600-‘700. As a guest there is the “singer” Anna Zilli (author of the book “Cristina di Svezia regina della musica a Roma”), which is accompanied by the theorbo by Olena Kurkina to enjoy the pieces of Baroque music.

On 22 and 23 November is the time of the 800 period with the Rome Jacobin “interpreted by Carbonaro” Duilio Paciello in the role of host, and told again by situations of “Tosca” (V. Sardou, L, Illica and G. Giacosa) and “Rugantino” (Garinei and Giovannini).

On 20 and 21 December closes the loop ‘900 period with Roma bourgeois moments from “The Late Mattia Pascal”, “Novelle”, “The plug-in” by Luigi Pirandello and Angelica Ferraù guest in the role of a “lady Pirandello. “

So customs, anecdotes and curiosities are transformed into narrative and dialogue with the public to show the history of the city by the watchful eyes of fictional craft of the stage.

The events take place at the hall of the Library “Umberto Bàrbaro” in the House of Theatres: Largo June 3, 1849, Corner of Via San Pancrazio (entrance arch of the Four Winds).

Each meeting lasts about an hour and a half, takes place on Saturday at 15 and is replicated on Sundays at 11 am Free admission until all available places.

The initiative is promoted by the Culture, Creativity and Artistic Promotion – Department of Culture Cultural Spaces Service in collaboration with the Association MTM mimoteatromovimento.

Both projects are supported by Zètema Progetto Cultra.