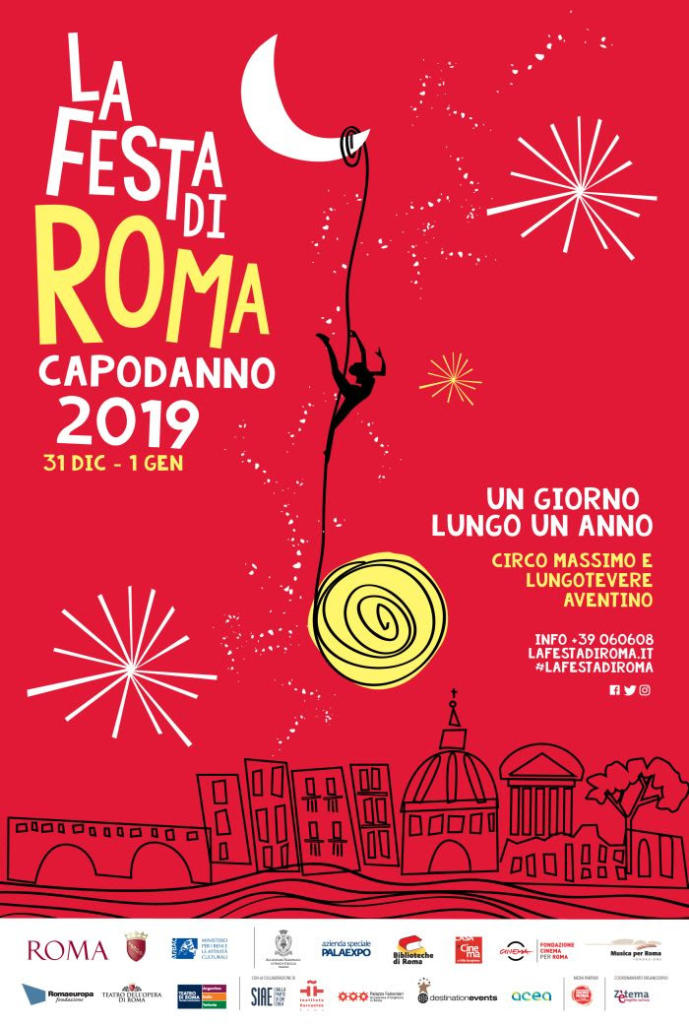 00From 21.30 of 31st December 2017 to 21.00 of January 1, 2018 in the pedestrian area that goes from Piazza dell’Emporio to Ponte Garibaldi, including the Giardino degli Aranci and the Circo Massimo up to the Bocca della Verità.

And the party will also extend to the Teatro India, the Ponte della Scienza, the Cinema Reale and the Biblioteca Centrale Ragazzi. The party starts on the evening of 31st DECEMBER 2017 from 21.30 at the Circo Massimo with the great international event 201∞ROME ILLUMINATES INFINITY, the international show that also stars the singer Tosca, who will perform an unprecedented tribute to the popular song and Roman art song, together with the performances of La Fura dels Baus. 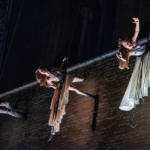 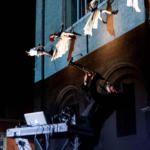 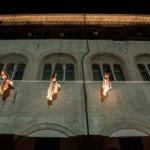 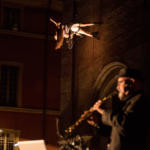 The Catalan company will amaze us with a show lasting an hour through a virtual journey between airplanes, lights, fireworks, mechanical horses suspended in the sky, colours and fantasy with surprises that will also concern the symbol of the event, the infinite, in a story about the mythology of the classical world with an unpublished and special dedication to the city of Rome: inside the colossal stage machine, in a completely new and unpredictable situation, the voice of the refined interpreter Tosca will be the main character who will interact (from surprising positions) with the Fura dels Baus in a mini set of famous popular and art Roman songs, a tribute to the Capitoline music heritage and to the city of Rome on the longest night of the year.

On the night of 31st December, the lights of the Palatino and the archaeological area overlooking the Circo Massimo will once again turn on after 13 years. The lighting and the arrival of the new year will be celebrated with a firework show, accompanied by music pieces, curated by Telesforo Morsani, which will give life to a show to enhance the beauty of the sites and celebrate their historical value. The Festa di Roma continues uninterruptedly from the early hours of the morning until the evening of JANUARY 1, 2018 with many performances, events and shows in the following time slots:

Area 1 – Piazza dell’Emporio, Giardino degli Aranci, Lungotevere Aventino, Largo Petrucci Area 2 – Piazza Bocca della Verità, Piazza Sant’Anastasia, Via Petroselli, Ponte Palatino, Lungotevere Pierleoni Area 3 – Foro Olitorio, Monte Savello, Isola Tiberina, Lungotevere de Cenci. An invitation to a temporal journey set along the Tiber, in the middle of an urban landscape transformed for the Feast.   The Festa di Roma is designed by Roma Capitale – Assessorato alla Crescita culturale, with the support of the Dipartimento Attività Culturali, and realized with the contribution of: Accademia Nazionale di Santa Cecilia, Associazione Teatro di Roma, Azienda Speciale Palaexpo, Casa del Cinema, Casa del Jazz, Fondazione Cinema per Roma, Fondazione Musica per Roma, Fondazione Romaeuropa, Fondazione Teatro dell’Opera, Istituzione Biblioteche di Roma, with the organizational coordination of Zètema Progetto Cultura and in collaboration with Siae The direction and coordination of the programming for the Teatro di Roma are edited by Fabrizio Arcuri. The new illumination of the Palatino and of the archaeological area that overlooks the Circo Massimo is made by Acea, in collaboration with the Ministry of Cultural Heritage and Activities and Tourism, the Soprintendenza di Stato and the Sovrintendenza Capitolina. 201∞ Rome illuminates infinity was conceived by the Immagina e Osservatorio Company with Giokat srl, supervised by the set and event designer Filippo Rocca and supported by Vision Distribution, Autovia, Filmauro, Medusa, Parco Leonardo. Media Partner Dimensione Suono Roma. Info call center 060608 – everyday from 9.00 a.m. to 7.00 p.m. 31 December 2017: from 9.00 a.m. to 5.00 p.m. 1 January 2018: from 11.00 a.m. to 6.00 p.m.0