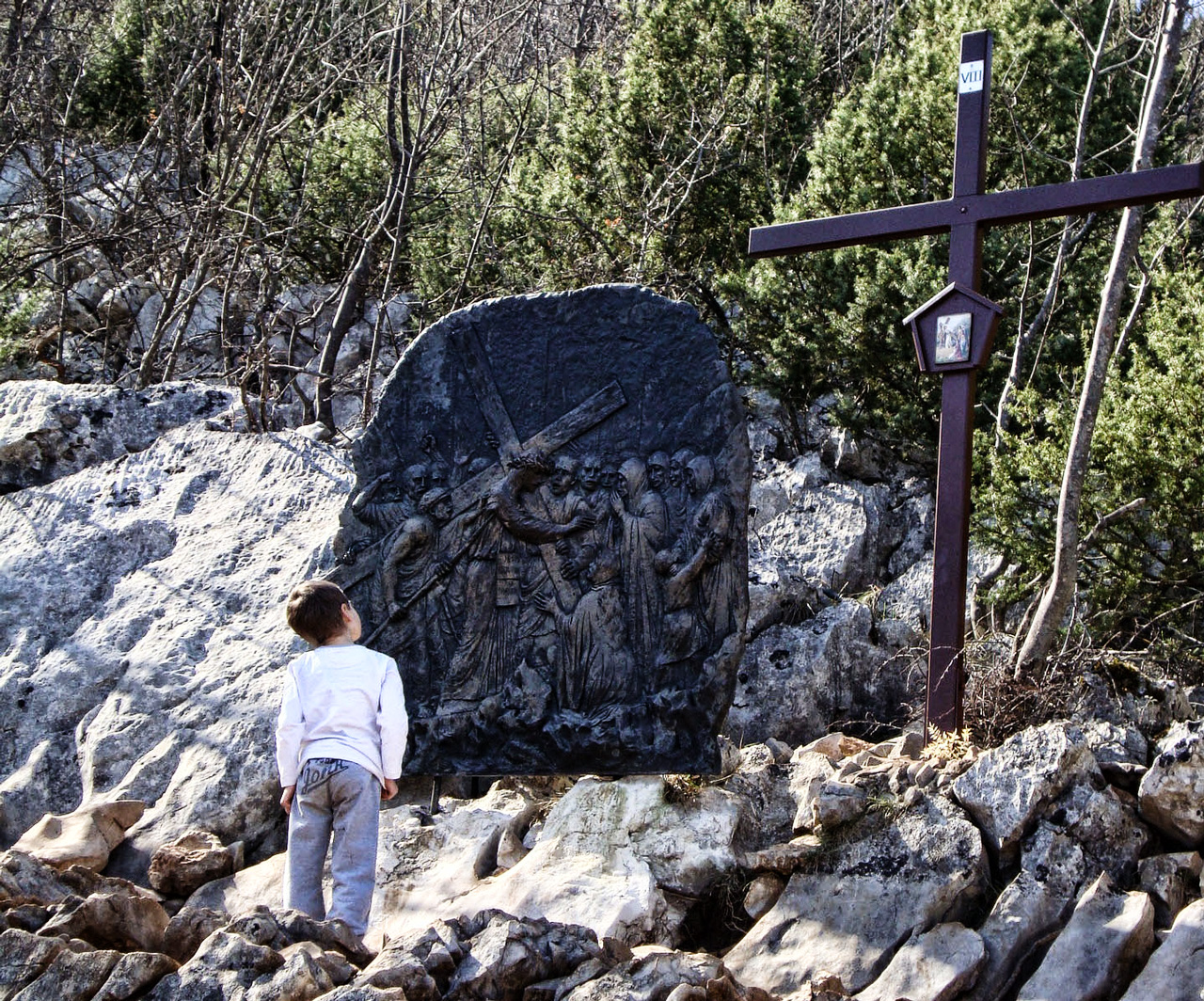 “Dear children! The love and goodness of the Heavenly Father give revelations which make faith grow, for it to be interpreted, that it may bring peace, certainty and hope. In this way, I, too, my children-through the merciful love of the Heavenly Father-always, anew, am showing you the way to my Son, to eternal salvation.
But, unfortunately, many of my children do not want to hear me; many of my children are of two minds. And I-I always, in time and beyond time, magnified the Lord for all that He has done in me and through me.
My Son gives Himself to you and breaks the bread with you. He speaks the words of eternal life to you so that you may carry them to everyone. And you, my children, apostles of my love, what are you afraid of when my Son is with you? Offer your souls to Him so that He can be in them and that He can make you instruments of faith, instruments of love.
My children, live the Gospel, live merciful love for your neighbors, and, above all, live love for the Heavenly Father. My children, you are not united by chance. The Heavenly Father does not unite anyone by chance.
My Son speaks to your souls. I speak to your heart. As a mother I am saying to you: set out with me, love one another, give witness. Do not be afraid, with your example, to defend the truth-the Word of God which is eternal and never changes. My children, whoever acts in the light of merciful love and truth is always helped by Heaven and is not alone.
Apostles of my love, may you always be recognized among all others by your hiddenness, love and radiance. I am with you. Thank you. ”