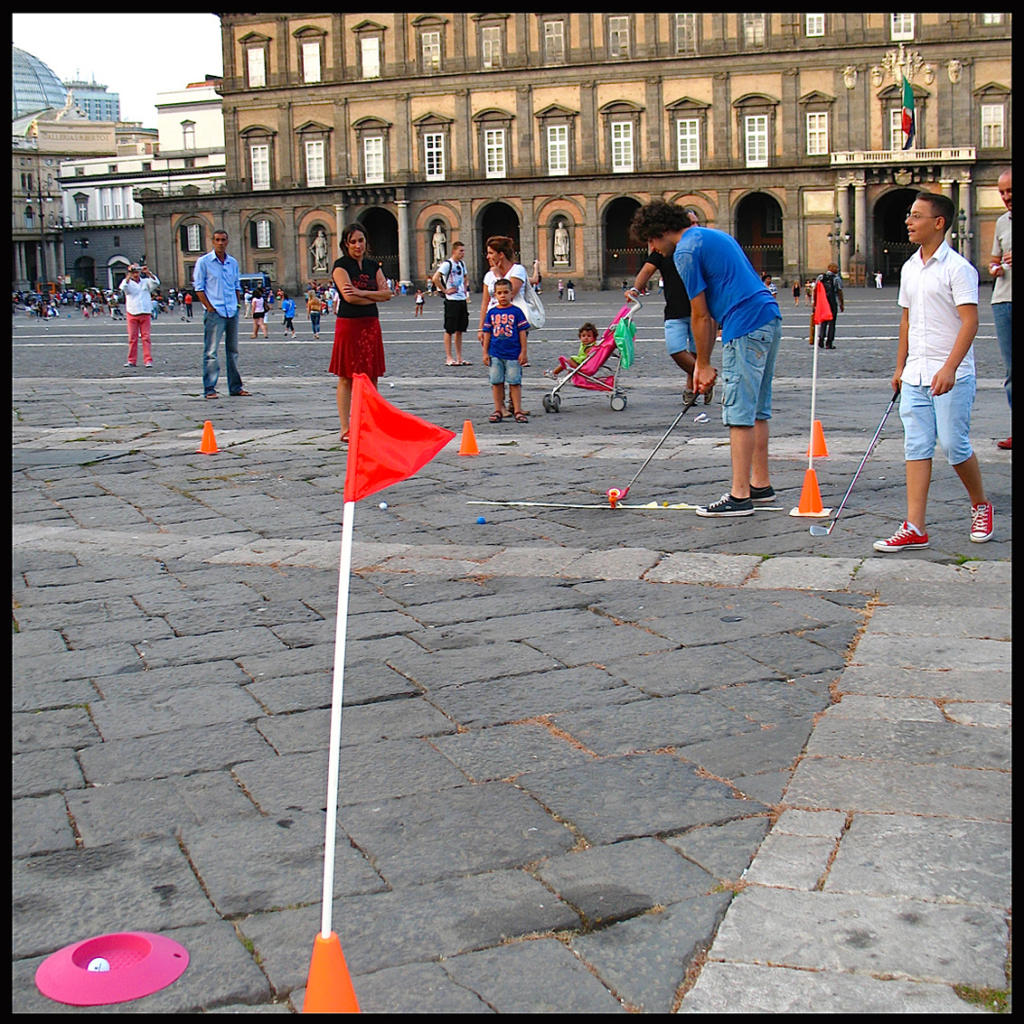 Of the endless street pits of Naples, which the more asphalt and more re-appear, you can even make a playful and sporting use.

Terror of motorists and joy of coachbuilders, the holes have become an exceptional golf course, a fantastic “green”: Piazza del Plebiscito in Naples.

It is the provocative idea of Augusto De Luca, a photographer and Neapolitan performer, who once played a funny video about the sporting use of the holes, complete with a golf club and a flag placed in the chasm. Now De Luca goes further and invents a tournament in which to involve the Neapolitans. The viral advertising of the event was launched with various messages from two different Facebook accounts. The message reached more than 10,000 people – explains De Luca, also known as Graffiti Hunter for his mania to collect pieces of street art. “Everything to exorcise the potholes.” De Luca tries the sport route. Many Tiger Woods then struggling with a field as big as Naples. De Luca, before leaving after the event, said: “I’m sure that motorists will remember my provocation at each hole”. 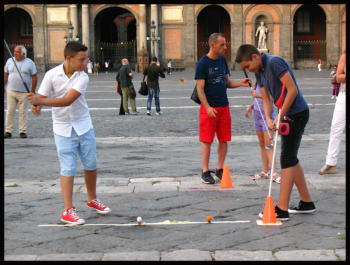 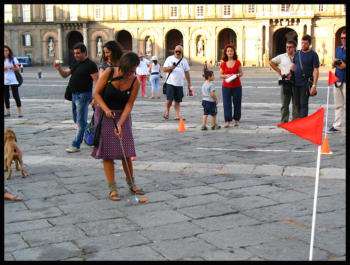 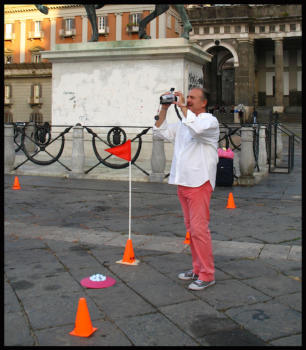 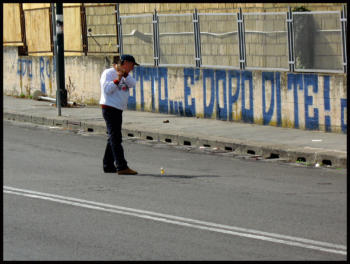 “I have invited more people to participate in a surreal game of golf in Piazza del Plebiscito in Naples, because it remains my complaint of unprecedented degradation: accidents, cars and motorcycles destroyed and the victims caused by the potholes, make Naples impractical for those who live there and for those who would like to visit it .. A PROVOCATION then mine, an ironic provocation that serves to make people think … The irony comes first and it is not violent … For posterity the difficult sentence. , but to remember and report “ 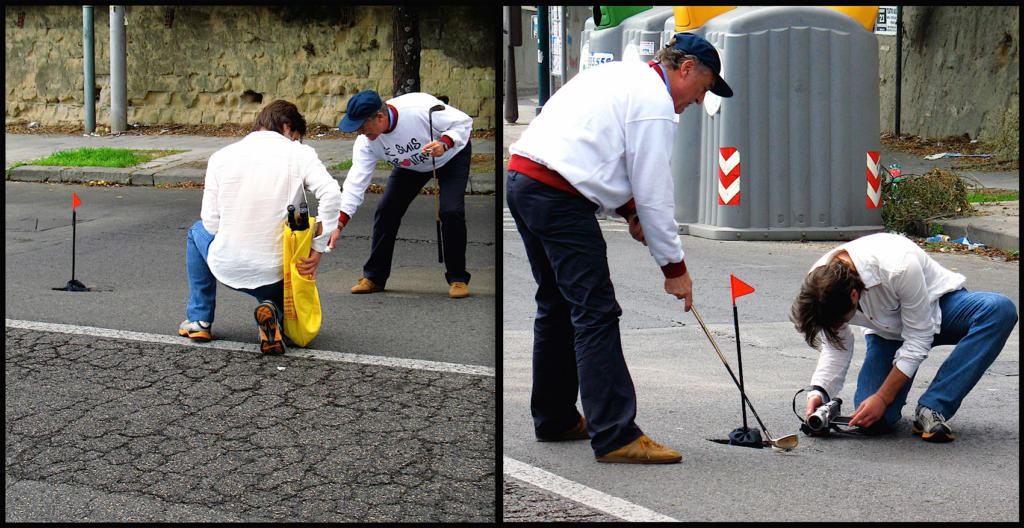 Augusto De Luca, is also known as “The graffiti hunter”.
De Luca was born in Naples on July 1, 1955, he is an Italian photographer and performer. He portrayed many famous people: Renato Carosone, Rick Wakeman, Carla Fracci, Hermann Nitsch, Pupella Maggio, Giorgio Napolitano, etc. Classical studies, degree in law. He became a professional photographer in the mid-70s. He has dedicated himself to traditional photography and experimentation using different photographic materials.
His photographs appear in public and private collections such as the International Polaroid Collection (USA), the National Library of Paris, the Photographic Archive of Rome, the National Gallery of Aesthetic Arts of China (Beijing), the Museo de la Photographie of Charleroi (Belgium).