Have you ever been dancing in a trendy club located on via di Monte Testaccio? Should it happen, just stay sober, because it is worth taking a look nearby, as you come out of the disco in the early morning. You’ll probably refuse to believe it’s the same place as the night before!

No more cool people around, but silence under a bright sun. The rule-breaking clubs show themselves to be but small rustic houses built against a green hill.

Now, approach the hill and discover many pink shards peeping up through the grass. Can you guess what they are? Fragments of Roman amphorae piled up there in the Augustan period. Ancient Romans gathered up all the pieces of the amphorae imported from abroad (filled up with oil and wine), to create a sort of terracotta rubbish tip. 53 million amphorae are estimated to have been broken and buried there for almost 3 centuries, until 250 A.D, when the new Traiano’s port in Ostia reduced the trade towards the Ripa Grande’s port, on the left side of the Tiber at the bottom of Aventino hill. Those fragments of pottery are the reason why the hill was called Monte dei Cocci (Shards Hill). Being 35 meters high and with a circumference of 1 Km, it represents a huge archaeological site, unfortunately abandoned and forgotten until present time. 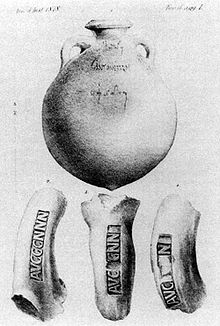 Walking in the empty street you’ll be amazed when you realize you danced all night in a cellar excavated in that hill. The cellars began to appear here in the XVII century, since they turned out to be the coolest spot to store wine. Afterwards these rooms turned into taverns and finally into restaurants and night clubs. It’s odd that alcohol has been “running” in that street for centuries!

As a matter of fact, Testaccio has always been the place for fun and celebration. For instance in the Middle Ages, Carnival events and Ottobrata Romana were celebrated in the green spot around the hill, where the slaughterhouse (Mattatoio) and many other buildings stand today. During Carnival celebrations some wagons loaded with pigs and oxen were thrown downhill from the top of Monte dei Cocci. Down in the meadow young men were waiting for the animals, their swords unsheathed: the party ended in laughter and blood. 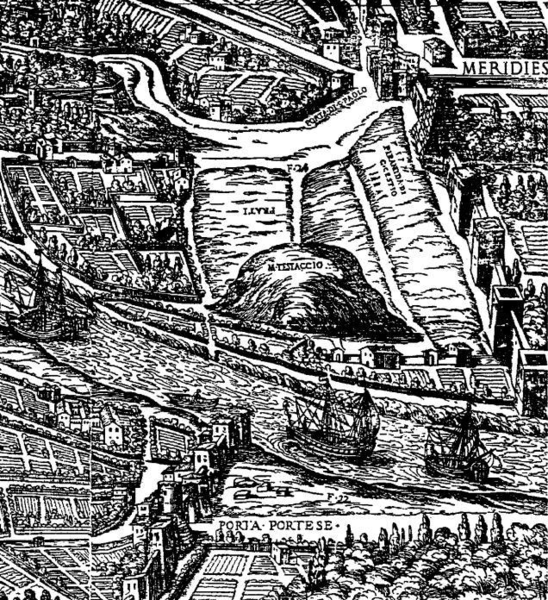 As the so-called “Prato del Popolo romano” (Roman people’s meadow) was the area where families and young people used to go eating, drinking and dancing, it was preserved as a public place since ancient times until the end of 1800, when the district was transformed through massive urbanization.

Now, don’t forget the history of Monte dei Cocci and the nearby area when you wander through the dark looking for a cool night to spend at Radio Londra, Alibi or Caffè Latino: far from being a new-born fashion place, the district has been, actually, the evergreen and liveliest part of the city for ages.