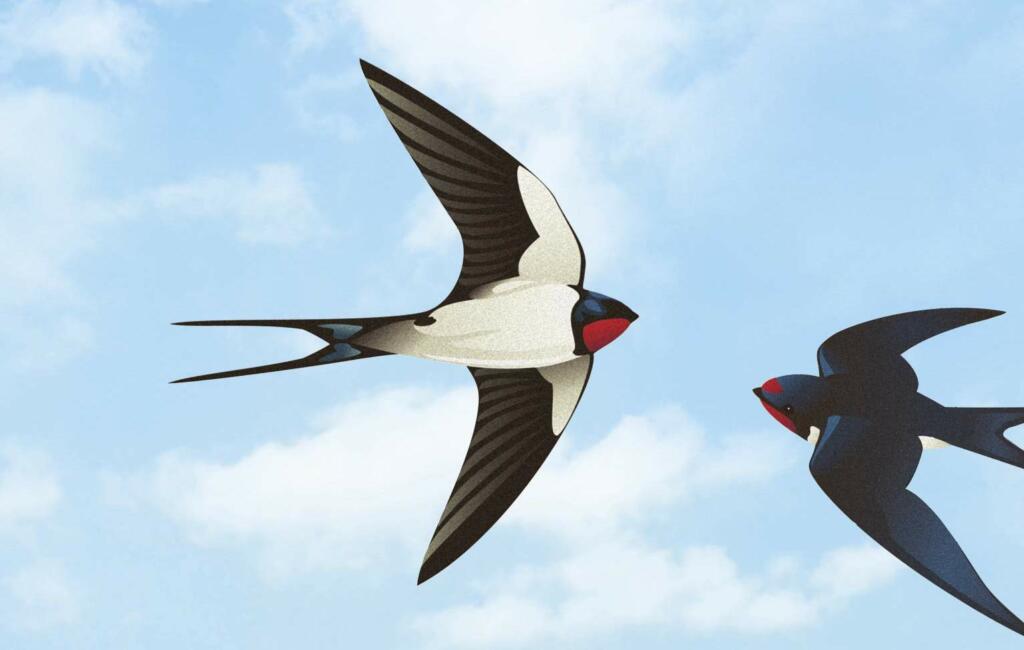 “MAYBE TOMORROW I WILL STAY” by Lorenzo Marone

Lorenzo Marone and his novels are one of the protagonists of the Book Club BIBLIOAIUTO for personal growth.

For those who are still looking for trust in others and in life, despite everything, and for those who want to smile but also be moved. 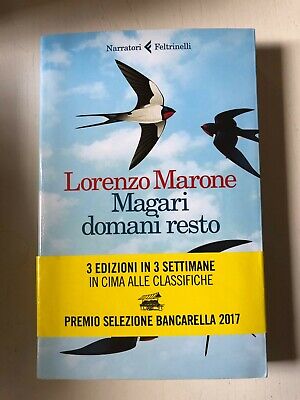 I fell in love with the first pages of Luce, the “southern female” protagonist of this novel. Even if the author is a man, he deserves credit for being credible. Despite her name, she is a shady thirty-year-old who lives in the Spanish Quarters of Naples, a background that is always present between one episode and another. The protagonist faces her difficult life with courage and tenacity, in her city, they would say with “cazzimma”. She is a strong and fragile woman, an atypical lawyer, with short hair, barely hinted breasts, jeans, and converse. She is honest, covertly romantic, and at times cynical, considered by many to be a tomboy, but closer to a real woman of today than to the slightly sweetened female figures of many novels.

“More than the word of Our Lord, in short, it was life itself that forged me, and it did it in the simplest way, looking at me from afar, like a mother with her little son who plays at something dangerous and does not intervene. Because in the world one learns to be also and above all by falling, peeling a knee and bleeding. No one has ever absorbed anything from a day of quiet. “

WHAT DOES RESILIENCE MEAN?

All this is the fruit of his difficult existence. He suffers from a mother who does not know how to show affection and a father who disappears and dies when the children were still children.

Her small family is based on her mother who alone must raise Luce and her reckless brother Antonio, with the help of her beloved grandmother. She got tired of doing the apprenticeship in the lawyer Geronimo’s office, she wants to be a lawyer and not a paper passer.

“Anyway”, he then resumed, “I think that while we are there to fight with the story of looking for our way and chasing dreams, of really living the life we ​​want and a thousand other ideas a bit trivial, our instinct, the I, call it what you like, works for us and shows us the way. “ 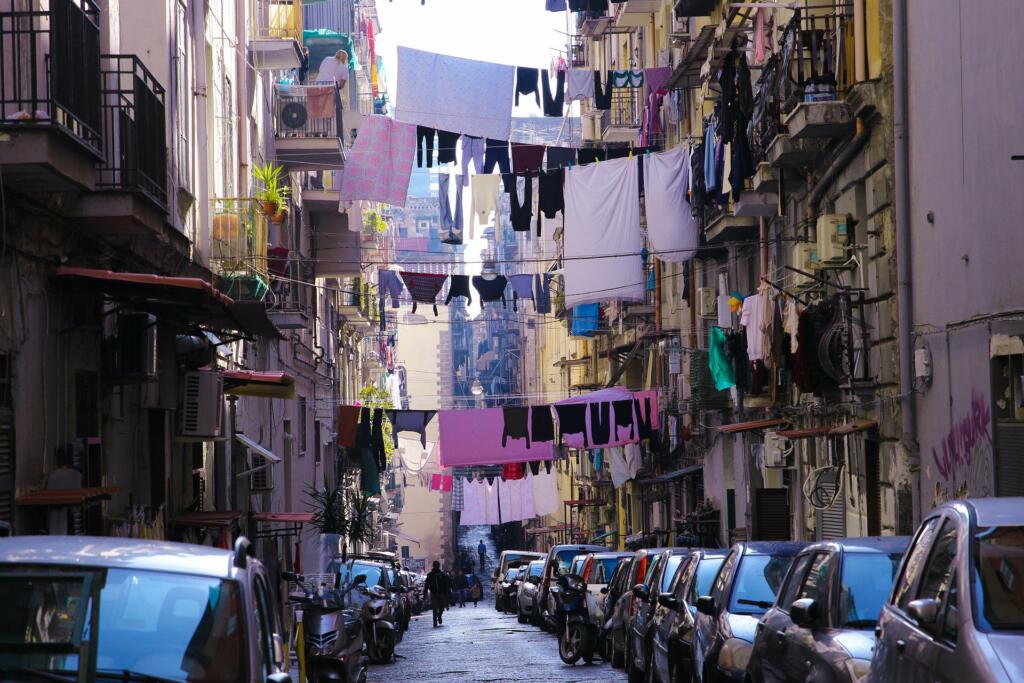 OPEN TO THE WORLD

In a rare moment of openness to the outside, he makes friends with his neighbor, Don Vincenzo, elderly and paralyzed, who soon turns out to be a precious confidant as well as a wise philosopher. Thanks to the new post, the investigation into Carmen Bonavita and her son Kevin, her life changed. The child immediately awakens a maternal instinct hitherto dormant, so that her gaze towards the world changes, and the relationship with the questionable mother, despite everything, soon turns out to be a precious friendship. In fact, Luce welcomes with emotion the news of an unexpected grandson and a new family for his brother Antonio. A new beginning, like the one resulting from a chance encounter with Thòmas, a street artist who captures her heart. 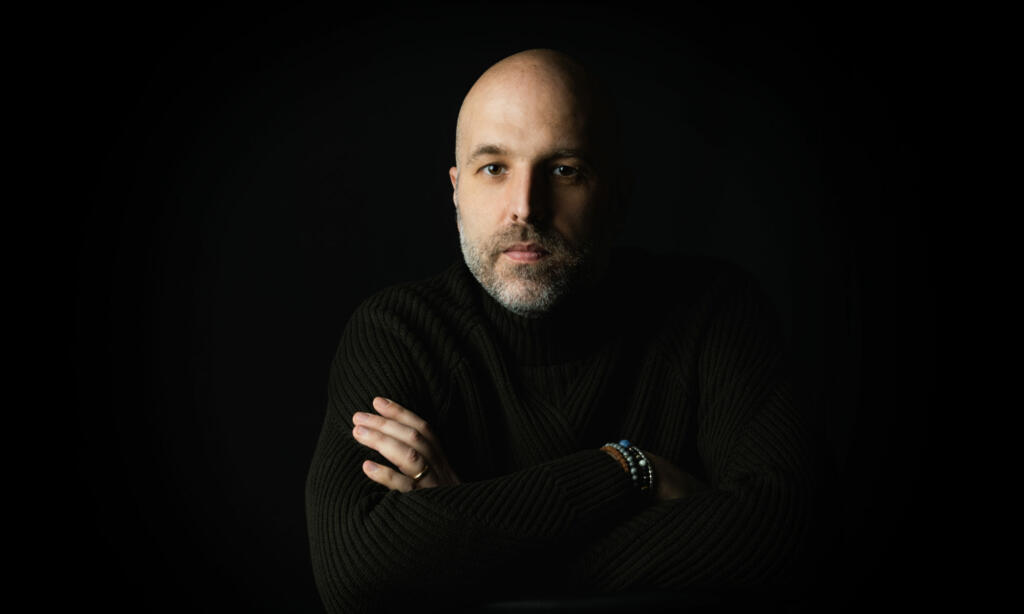 A story of modesty and scarce possibilities, but also of innocence and brutality, acceptance and redemption thanks to empathy and the strength of collaboration. We talk about values, but also about family, and here is perhaps the most touching knot of history, at times moving. Courage is hidden between the lines of almost all the characters. Each in their own way looks for new opportunities, social, emotional, economic, and professional. All those who commit themselves have a chance to improve their condition and this gives the novel a taste of confident hope. The protagonist almost seems to say: do not believe those who relegate you to a category with no escape. The possibility of change is within everyone’s reach, even the little swallow welcomed and cared for in the end manages to return to fly freely, according to its own nature.

“Remember: we come into the world to perform something wonderful. All. You too.”

The language is fluent and clear, full of typically Neapolitan expressions, which, if possible, make the story more truthful. Sometimes you even feel like underlining certain statements or taking notes. The structure is simple, but not trivial. The narrative style attracts the reader from start to finish in the alleys of this city, which become another character with strong and defined colors to emphasize the main figures. Although it is the story of Luce, I would define this story as a choral work, where everyone offers their own contribution, playing a specific instrument and the final result is a lovely and touching symphony.

To find out more about the author Lorenzo Marone https://www.lorenzomarone.net/