WONDER AND BIZARRE
Arcimboldo’s wonders and oddities are well known since ‘500 and have found a a new life in the last decade. The running monographic exhibition at the Barberini Palace, the first one in Rome, is the proof. One hundred masterpieces are here, among them the famous composite heads, the original ridiculous paintings and the still lives borning from the new modern natural science but also the father of the 17th century painting art.

AT THE HASBURG COURT
While the Milanese painter, philosopher, scientist and poet gave live to his masterpieces from Milan to Vienna and Prague, the most important geographical discoveries took place, in America and India, and the European Courts were at their best. In this framework Arcimboldo found his inspiration among scientifical curiosities, tricks, wonders and irony at the Hasburg Court.Greengrocer 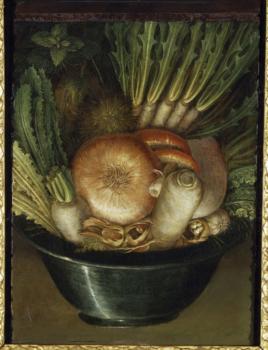 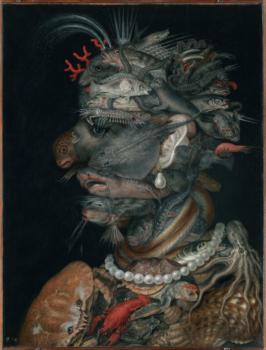 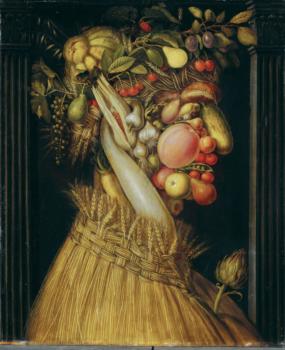 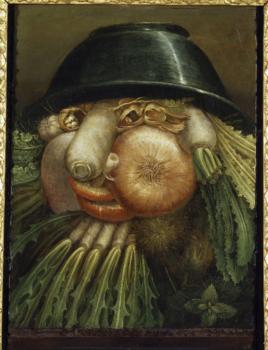 FATHER OF THE SURREALISM
The results are visual and mental tricks, that awarded him of the title “the father of the surrealism” (Kokoschka). Nothing is just like it seems. The grotesque paintings offer different readings, it depends on the point of view. Very respectable profesionals become caricatures in his hands. Seasons and elements like water, earth, air and fire become allegorical composite natural representations.
Also some of the Milan Cathedral windows were born from his hands, like imperial family portraits, parties’ projects, parades and regal tournaments. A polyhedral artist, who grew up with the Leonardo Da Vinci’ s heritage. Going far away from the classical style to successfully chase fantasy and bizarre.

Something more upon the exhibition masterpieces
Most of the masterpieces at the Barberini Palace exposed come from abroad: Vienna Stoccolma, Monaco di Baviera, Denver, Houston and Basilea, moreover from Milan, Como, Cremona and Genoa. This exhibition was born thanks to the Museum of Western Art of tokyo collaboration, where the paintings were until September.
Monographical exhibitions: Parigi-Vienna (2007-200), Washington-Milano (2010-2011), in progress in Japan and at Bilbao.