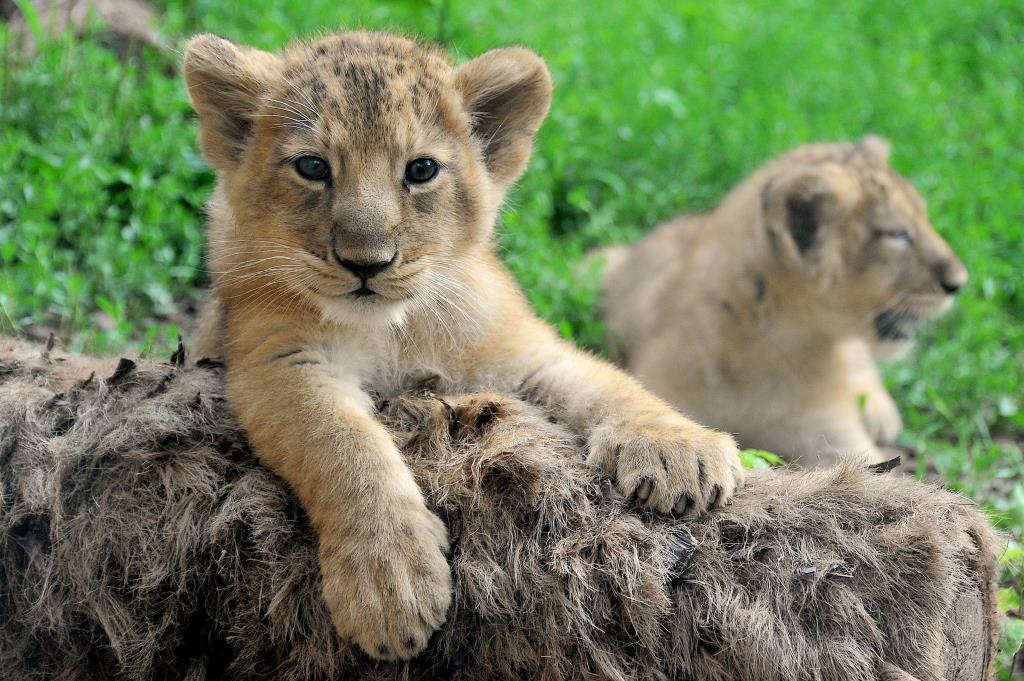 Historical event at the Biopark of Rome: two females of Asian lion (Panthera leo persica) were born, one of the most endangered animals of the Planet: a few hundred survive.

It is the first time that these felines are born in the Zoological Garden of the Capital; the cubs are in excellent health and are suckled by their mother who never loses sight of them.

The birth took place last April 29th; in the first weeks mum and puppies, which at birth are blind and inept, have remained safe in the internal areas to allow the young to acclimatize. Since a few weeks they are gradually becoming familiar with the outer enclosure.

The parents are the female Sajani, born in 2013 in the Zoo of Magdeburg, Germany, and the young male Ravi, born in 2016 at the zoo of Planckendael, Belgium.

The children will give a name to the young ones through the Biopark website http://www.bioparco.it/aiutaci-a-dare-loro-un-nome/. 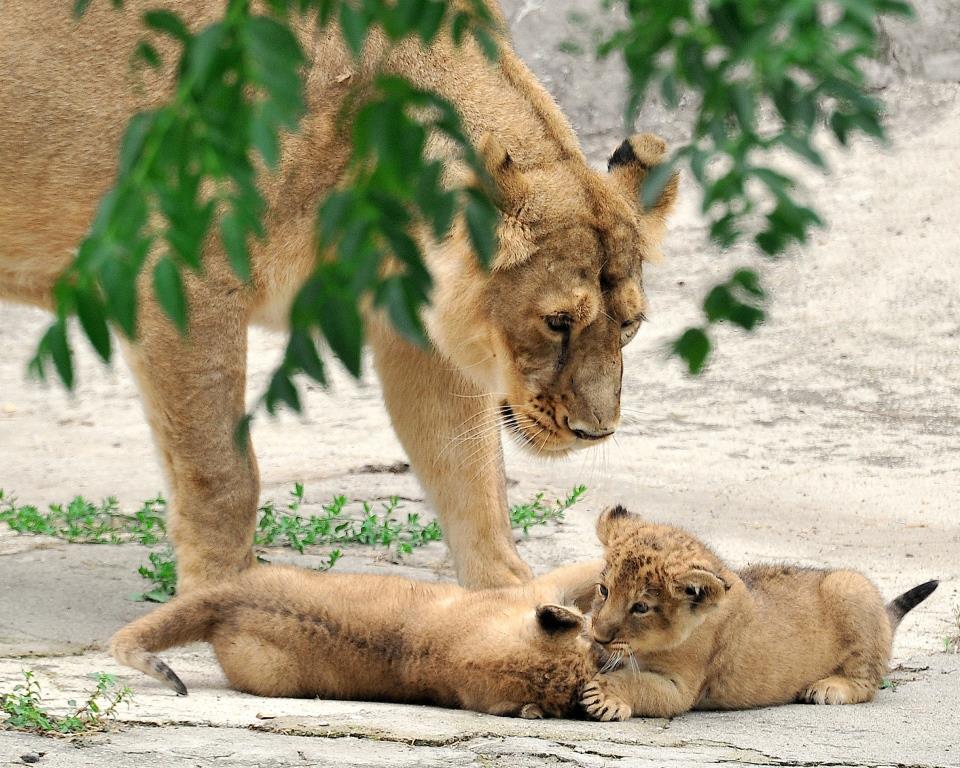 “During the lockdown – explains the President of the Bioparco Foundation of Rome, Francesco Petretti – following the collapse of tourist flows, the sixth extinction has undergone a very strong acceleration throughout the Planet. Poaching is rampant, no longer curbed by the economic alternative of sustainable tourism in parks; thousands of animals have been massacred. The countdown for many species has accelerated dramatically. In this context, the only alternative to the loss of species and therefore to the erosion of biodiversity, is represented by zoological parks such as our Biopark which, facing a very difficult situation, continue to maintain populations of very rare and threatened animals, the only flame of hope for the future that, hopefully, will return to make possible the management of protected areas throughout the world. We at Bioparco are also doing our part – Petretti concluded – but we need support and help”. 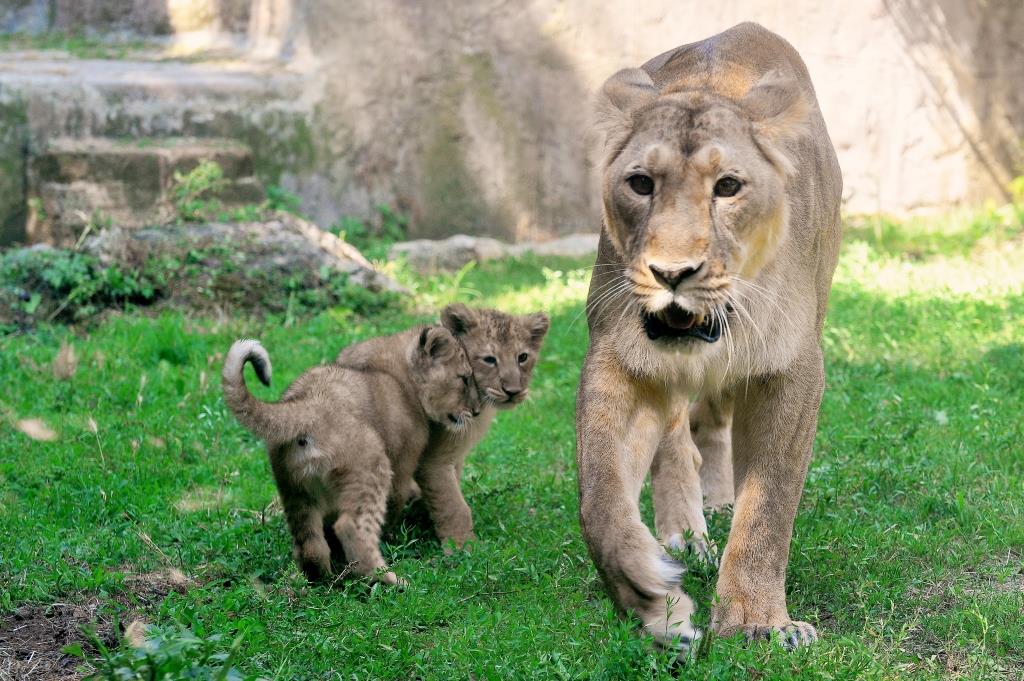 *** LAST UPDATE: the two Asian lion cubs born at the Biopark in Rome were named: Aasha and Naisha ***

The birth of the two sisters is a historical event for the Zoological Garden of the Capital, it is one of the most endangered animals of the Planet: about 500 specimens survive in nature only in the small reserve of the Gir and in the surrounding areas, in north-western India.

The little ones share the area with their mother Sajani, born in 2013 in the Magdeburg Zoo in Germany, and their father Ravi, born in 2016 at the Planckendael Zoo in Belgium.

The lion population is threatened by the destruction of the habitat, but especially by poaching and conflicts with human activities generated by the proximity of humans to the territories of these felines.

The Bioparc, together with the international community of Zoos, participates in conservation programmes aimed at its preservation by joining the European EEP (Eaza Ex Situ Programme), coordinated by the European Association of Zoos and Aquariums (EAZA). The Asian Lion is classified by the IUCN (World Union for Conservation of Nature) as endangered. Currently there are about 150 Asian lions in European zoological structures. 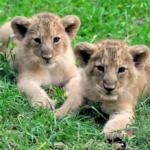 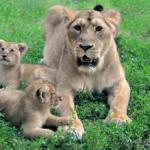 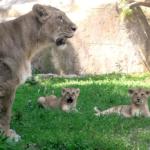 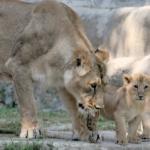 The Asian lion (Panthera leo persica) is the authentic King of the forest, even if this notion is not well known, since the lion is the symbolic species of the African savannahs.

The Asian lion once populated a vast territory from the Mediterranean Sea to India; today only about 500 specimens survive in the wild, present only in the small reserve of the Gir and in the surrounding areas, in north-western India.

They are threatened by the destruction of their habitat, but above all by poaching and conflicts with human activities generated by the proximity of man to the territories of these felines.

The Bioparc, together with the international community of Zoos, participates in conservation programs aimed at its preservation by joining the European program called EEP (Eaza Ex Situ Programme), coordinated by the European Association of Zoos and Aquariums (EAZA). The Asian Lion is classified by the IUCN (the World Union for Conservation of Nature) as critically endangered. There are currently about 150 Asian lions in European zoological structures. To support the Biopark in Rome: http://www.bioparco.it/sostieni-il-bioparco/ 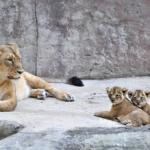 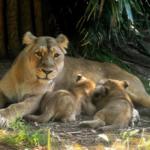 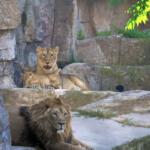 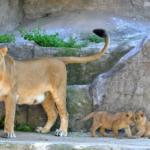 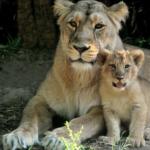 The Asian lion differs from the African one for its small size, for the less thick mane that leaves the ears always visible, for a fold of the skin along the whole belly and for the fact that they are more solitary.