The exhibition has opened on January 18 at the Japanese institute in Rome, until March 24, 2018. You can admire a truly complete exhibition of objects, photos, lamps and important objects that are part of the Italian-Japanese cultural and institutional exchange of the last 50 years. It is interesting to know through this exhibition a significant insight into Japan with its Calligraphy, lamps, budhism, photographs of historical statues, its beautiful Zen gardens, its UNESCO Patracia sites, photos of the legendary Iwakura, photos of the rites Japanese and the very rare Hyakumanto!

Entering the exhibition we find panels very interesting descriptions about:

The Japanese Contemporary Calligraphy the Art of the sign with beautiful signs of great contemporary masters. 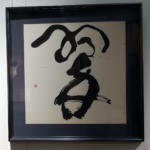 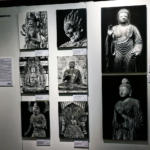 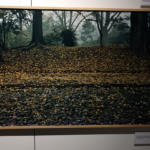 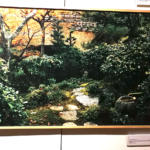 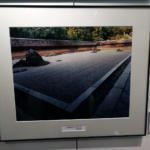 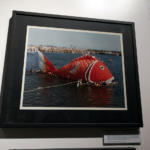 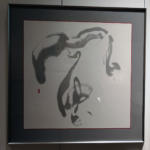 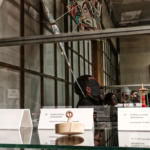 The original Akari lamps of 51 by Isamu Noguchi (1904-1988): he was one of the most important and critically acclaimed sculptors of the 20th century. Through a life of artistic experimentation, he created sculptures, gardens, furniture and lighting projects, ceramics, architecture and set design. His work is both subtle and audacious, traditional and modern. Here he presents his beautiful creations in rice paper lamps of the time, real sculptures.

Hyakumanto, one million eighth century pagodas: an allegedly original Hyakumanto Darani (百万 塔 陀羅尼), a famous large-scale wood-printing commission, the oldest recorded use of wood printing in Japan, though probably it is not the first. Woodblock’s books from Chinese Buddhist temples were the first seen in Japan. In 764, Empress Shotoku commissioned to artists a million small wooden pagodas each containing a small roll of printed paper (typically 6 x 45 cm) printed with a Buddhist text, the Vimalasuddhaprabhasa mahadharani sutra. Printing was completed in 770, printing technology did not become widespread to follow the production and distribution of books continued to depend heavily on hand-copied manuscripts. These small wooden pagodas were distributed to temples across the country as thanks for the suppression of the Emi rebellion that year. These are the first examples of wood printing known or documented from Japan.

Photographs of the UNESCO World Heritage Sites in Japan by Kazuyoshi Miyoshi: works by the photographer Miyoshi, which beautifully depict the most beautiful natural areas of Japan, temples, castles, sanctuaries, villages, palaces, archaeological sites, all expressions of a culture which, though different from the western one, integrates it and completes it. So, our treasures too. Kazuyoshi Miyoshi was born in Tokushima prefecture in 1958. Still very young, he embarked on trips that took him to the most beautiful places in the world to make photographic reports that earned him, in 1985, the prestigious “Rimura Thei” award for the “Rakuen” photo collection ( Paradisi), thus becoming the youngest artist awarded with this honor. Many of Miyoshi’s works are part of important permanent collections. 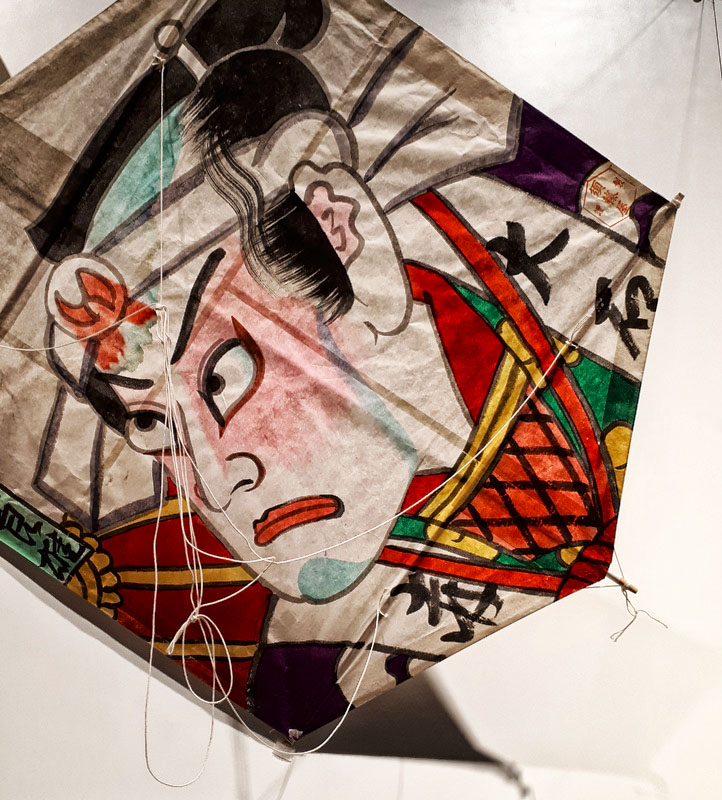