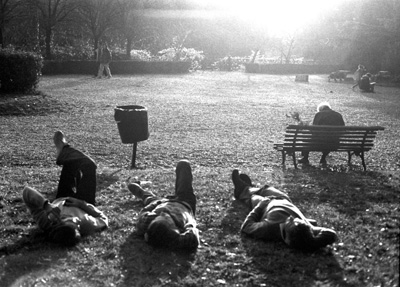 Centuries of life are prevalent in Villa Borghese and only one day is not enough to experience this entire ancient and modern park. This beating green heart of Rome has always welcomed events and allowed people to explore their artistic passions. 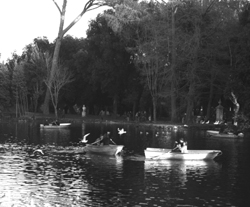 Discovering the park means to “lose” oneself in its cultural and artistic background. It is the largest cultural green space in Europe with its 80 hectares park ? including the Pincio area.  There are 35 fountains, 15 minor buildings, 14 small edifices, 10 monuments, a large number of prestigious sculptures, 5 museums and a series of foreign academies representing Romania, Egypt, Sweden, Denmark, Austria and Britain.

The most ancient heart of the park was a modest vineyard that the Borghese family owned since 1580. During the first decades of the XVII century, Cardinal Scipione Caffarelli Borghese, the Pope?s (Paul V) nephew, acquired the land with the aim of creating a ?delightful place?. According to classical tradition, the Villa was thought to have been divided into a pars urbana and a pars rustica for a total of three separate areas called recinti. In the first recinto there was a garden with a great variety of trees, fountains and the Casino nobile ? which today is where the Galleria Borghese stands. In the second recinto there was a garden reserved for the Prince, which nowadays corresponds to the Parco dei Daini. The third and wider area was the countryside that has changed the most during the centuries. 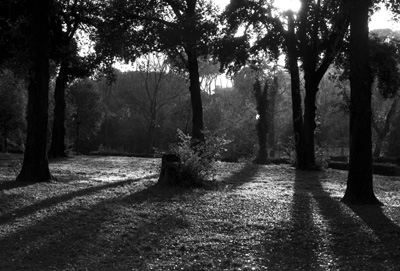 At the end of the XVIII century, Prince Marcantonio IV renewed the Villa modifying the XVII century buildings and adding new ornaments. In the early years of the XIX century, the gates of the Villa were opened to let people enter and enjoy the park for four afternoons a week. Unfortunately, May 13, 1885, the Prince stopped this tradition and closed the Villa to the public. Only after years of negotiations, on July 12, 1903, the Villa became ?property? of the Roman municipality. At the beginning of the 20th century, cows and sheep grazed quietly in the Villa, and it was possible to buy fresh cheese where now the Casina delle Rose is. Other animals and ?exotic? species were hosted in the park in the Giardino del Lago, when the zoo was created in 1911, together with the ?Civic Zoology Museum?.

On the occasion of its centenary (1903-2003), Villa Borghese regained its full beauty after the restoration of both artistic and environmental areas that permitted the original look of the 16th century to reappear. The most important entrances to the park, Piazzale Flaminio, Pinciana Gate, and the Lions Gate entrances have all been renewed together along with Piazzale delle Canestre and the Temple of Antonio and Faustina and the old paths and gardens have acquired all their early glory.

Originally, there were three gardens: the Old Garden, the Bird Cage Garden and the Meridiana. The first two rose during the early decades of the 1600’s along with the main house. The third Casino nobile, dates back to 1680. All were destroyed during the Second World War and used for the production of cabbages and potatoes. Today, they are again coloured and perfumed with Dutch tulips, citrus fruits, narcissi, roses, lichens, hyacinths, and other different flowers. In the Valley of Platains, trees date back to 1600.

Villa Borghese has been the place for people to enjoy their free time since 1903. Today, a lot of activities can be practised in the park. It is possible to rent a bike and tour Pincio, where one has a delightful and very romantic view of Rome, especially at sunset. Or maybe just take a walk and discover the ?Garden of the Lake?, so called because it stretches around an artificial lake where, in the middle, a small temple dedicated to Aesculapius stands. Piazza di Siena is one of the most famous places that hosts horse-races and competitions. A lot of events are scheduled in Villa Borghese, often at the Pincio, such as concerts, cultural events and entertainment. A few months ago, a Roman ?Globe Theatre? has been put up near the Garden Lake and it will be used for performances during summer nights – a theatre in the evocative and charming scenery of Villa Borghese.

The Casino Borghese built by Giovanni Vasanzio around 1617 is now a museum containing the remarkable collection created by Cardinal Borghese.

The Cardinal?s passion for works of art made him ruthless in seeking to enlarge his collection. He even imprisoned Cavaliere D?Arpino in 1607 so he could confiscate his collection of paintings.

Prince Marcantonio Borghese, who was forced to sell his finest classical statues to his brother-in-law, Napoleon Bonaparte in 1807, redecorated the Casino in 1782.

The charming collection of the ?Galleria Borghese? includes the famous statue of Paolina Borghese by Canova, Amore Sacro e Amore Profano (Sacred and Profane Love) by Tiziano, La Deposizione (The Deposition) by Raffaello, statues by Bernini and six of Caravaggio?s most significant paintings. These are only a few examples of the masterpieces in the museum.