A text written by Dacia Maraini 45 years ago, but still relevant, on stage at the Teatro FURIO CAMILLO Via Camilla 44 – Rome until 2017 October 22.

“Two women of the province”, starring Monica Guazzini and Anastasia Astolfi, talks, so intimate and effective, two friends who meet again after passing along the years of infancy and early childhood.
Become wives and women unhappy, unresolved, unfulfilled, the two protagonists accompany us into their world of anguish ever expressed, to confidences of regrets, never said never allowed. We ask to Anastasia Astolfi that this work also directed, however, definitely essential, like a 1973 text can still be so contemporary. He explains “The 1973 was a time very specifically for women.
Today is no longer the case. Maybe it’s worse. Why do some things which had been conquered, were lost. We see it on television … the image of women, feminicides continues “and again” what we wanted to highlight, with this text, was intimate and retell some fundamental aspects of womanhood that are put aside and determine lives in half.

The protagonists are two women who could and did not “ask: as it happens in the final text of Maraini?” They are two women who have come back to that point and they didn’t make it” the challenge, then, is always the same: to know what makes us vibrate, which causes us to be, and that’s not a sin to admit and live.

Please note: Dacia Maraini, present among the audience, was visibly excited, and seemed to have appreciated. Replies the Astolfi “I have wanted to work especially on truth of sentiment”.
And the truth of sentiment often pays. 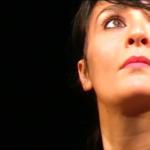 His artistic training at TEATROAZIONE is directed by Isabella del Bianco and Cristiano Censi at THE THEATER OF NORTE (Spain) directed by Etelvino Vazquez at the Guildhall School of Music and Drama in London.
Seminars and residences with Leo De Berardinis, Caporossi, Manfredini.
He participated as a writer in many prose productions and then began his acting as a dramatist and independent director / actress by establishing the TEATROINMOVIMENT COMPANY in 2000. 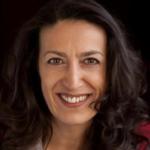 Graduated at the National Academy of Dramatic Art “Silvio dAmico” in Rome. He has worked in theater in classical and contemporary texts with: A.Trionfo, P. Quartullo, C. Insegno, F. Draghetti, W. Manfrè, C.Boccaccini, U. Gregoretti, C.Lizzani, G. Sepe, L. Galassi, D. Maraini, B.Izzo, P. Caruso, G. De Sio. In cinemas with: P. Genovese, A. Zaccariello, D. Risi, C. Verdone, L. Cavani, F. Zeffirelli, Castellano and Pipolo. He participated in fiction such as: Don Matteo, God Helping Us, Team, Carabinieri, Spell, Family Doctor, Dr. Giò, A place in the sun, Someone to love. From 1990 to 1995 he was present in a section of the broadcast Send me Lubrano to Rai Tre. It has appeared in many commercials such as: Mediaset Premium, Vodafone, Parmalat, British Airways, Philips, Perlana.