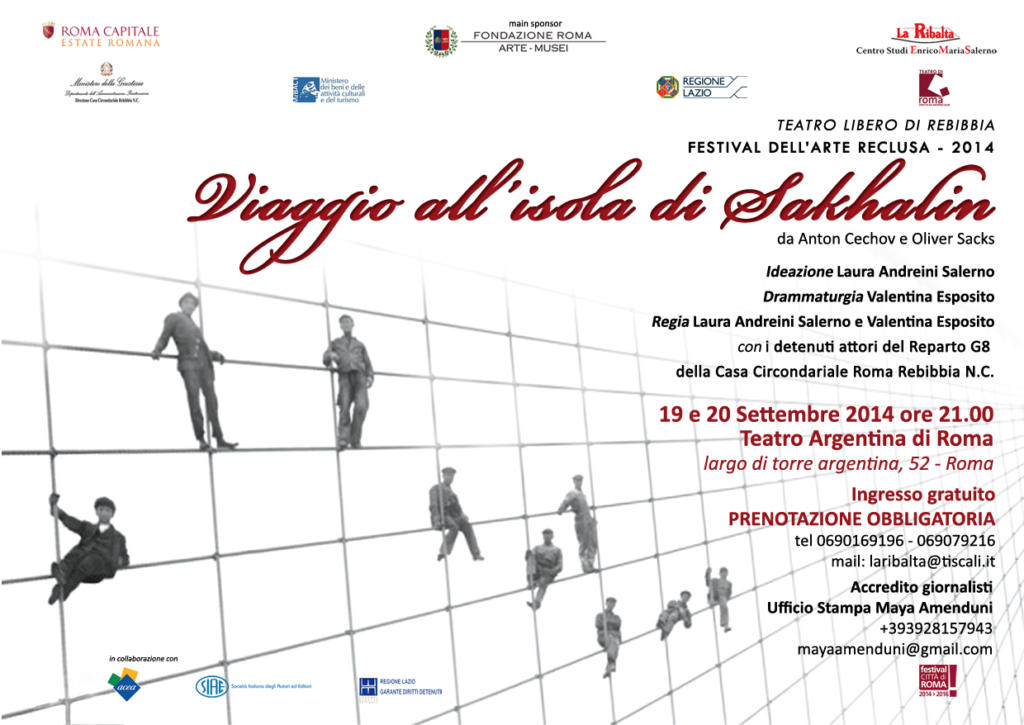 “Journey to the ‘island of Sakhalin” is free at the Teatro Argentina “As part of the Festival of a recluse – 2014.

On 19 and 20 September 2014 at 20.30 will be staged at the Teatro Argentina, the show “Journey to the ‘island of Sakhalin,” loosely based on the novella by Anton Chekhov.

The Centro Studi Enrico Maria Salerno intends to reopen the doors of the Rome prison of Rebibbia to citizenship for the fourth exhibition of theatrical productions, film and video made ​​inside the prison.

Each round of the “Festival of a recluse” promote the meeting between the Prison and Civil Society, and will be an opportunity for discussion between inmates, students, teachers, judges, lawyers, intellectuals, politicians and artists.

The project, in cooperation with the Directorate of Rebibbia NC, aims to transform a suburban theater, moreover located within a place of confinement, in a stage open to the public, a center for the dissemination and promotion of the permanent theatrical culture national, a place of encounter and exchange of artistic and cultural experiences.

This year, the program offers: Journey to the Island of Sakhalin, from A.Cechov, directed by Laura Andreini and Valentina Esposito; Arturo Ué (Brecht Rebibbia), by B. Brecht, directed by Fabio Cavalli; Tribute and De André edited by M ° Franco Moretti; I remember Enrico Maria Salerno 20 years after his death (projections); Track Time, written and directed by Valentina Esposito; projections for the Tenth Anniversary of the Theatre of Rebibbia; The Castaway by Tennyson, with Patrizia Zappa Mulas.

Festival of a recluse – Travel to the island of Sakhalin 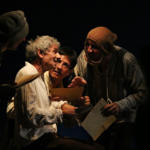 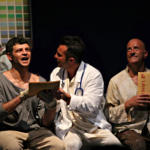 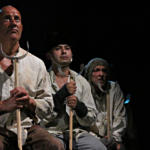 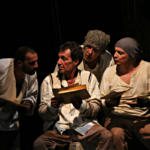 the show is inspired by the experience that Anton Chekhov – in the exercise of his profession as a doctor – he eventually ‘800–visiting the Island Prison Far East of Russia. The shocking reportage Chekhovian on the conditions of detention, intertwines the story of one of the most amazing experiences of cognitive scientist Oliver Sacks. Nell ‘“island of color without” Sacks meets men and women who insulation made ​​blind to color – “color blindness” is the scientific name of the disease spread by a mysterious gene. The show mixes drama and comedy, following the track of the doctor who tries to defeat, with the passion of the scientist–missionary, the terrible evil that is the “blindness of affection”: the evil that strikes in every time, place and condition, those living prisoners and deprived of fundamental Chekhov writes: “I am deeply convinced that in fifty or a hundred years you will look to life imprisonment with the same perplexity and embarrassment with which today we look at the application of torture … to change this eternal imprisonment with something more rational and responsive to justice, we still lack the knowledge, the experience, the courage … “.

Free admission until all available seats with compulsory reservation at tel: 0690169196 or e-mail: laribalta@tiscali.it – site www.enricomariasalerno.it