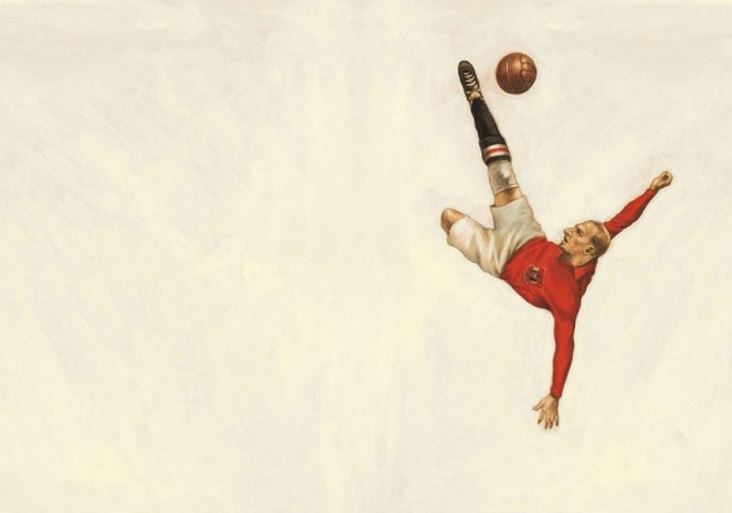 The football world is told in the meeting of the Tri-Artgallery Rome on June 25, with illustrations by Maurice Quarello for a story of the past. Coincidence would have it, yesterday the Italian national team is out of the world but Brazilian art and literature can ideally continue the game of football without times and nationalism.

“Offside”, the book by Fabrizio Silei for Ear immature edition, once again the world of football in Europe where the Nazi camp down in the Austrian national Wunderteam, known as the “team of wonders.” The protagonist of the boards of artist Matthias Sindelar, one of the strongest players in the Austrian national team, dubbed the “Mozart of the ball.” To lead us to the discovery of its history is Carla Ghisalberti, an expert in children’s literature, which encounter the Tri Artgallery offers together with shows the reading of the story of Silei. The author has chosen as its narrator a child fan of the Austrian national team, fascinated by the rise Hitler, to tell the story of the greatest soccer player of the 30s he stopped playing after the annexation of Austria to Germany. And the words become figures thanks to the exposure of Quarello that traces the life: the road, the misery, the encounter with the football field, stunts, success.

“Vienna, spring 1938. Marcus, 9 years old, is crazy about football and for the Führer. His favorite hero is not, however, the German leader, but the captain of the Austrian national team, Matthias Sindelar, one of the greatest champions of all time. Marcus is in the stands to witness a historical Austria-Germany. It will be the last game between the two teams that, after the German annexation, will merge into one team. Whimsical and unpredictable – they call him the Mozart of football – Sindelar, however, refuses to play the score written by the Nazi authorities. And he invents. Memorable goals and assists during the game. Then, offside, a gesture just as extraordinary and sensational. At first disoriented and confused, Marcus joins his chorus of applause at the stadium. Matthias Sindelar, however, does not forgive. I do not forgive that he wanted to combine sports with social values. “ 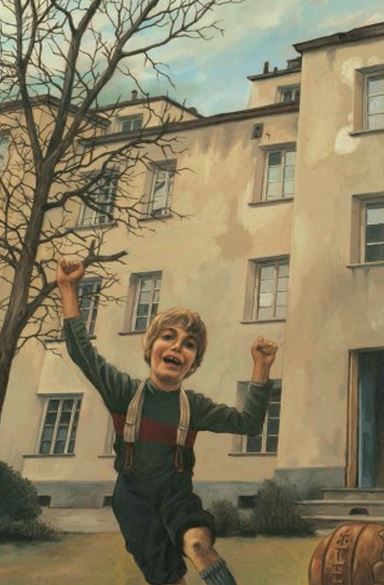 Cast figures and words at a meeting of the tri-color – because of the boat, 13 (Via Giulia) in Rome, are
Maurizio Quarello – artist and illustrator of European fame. Class of 1974, was born in Turin, where he studied graphic design, illustration and architecture. After various experiences in advertising and naturalistic painting, from 2004, is devoted to the illustration for children getting in that year, and U.S. newspapers such as the Wall Street Journal. Prix ​​des Mediateurs Figures Futur Salon de Montreuil and three first prizes in national competitions. In 2005 he published the first illustrated book publisher Ear Unripe of Rome, which was awarded the First Vote as Best Italian register. To date, his books are more than 30, printed in 19 countries on 5 continents, and have received awards and recognitions in Italy, France, Spain, Belgium and Germany (Andersen prize as best Italian illustrator, Spanish award Libreter and Libbylit in Belgium register for the best of the year). He has exhibited in solo exhibitions and participated in group exhibitions in fifteen countries. Among these, the Illustrators Exhibition Bologna Fair Centre, The Images of Fantasy Sarmede, Im Reich der Phantasie in Germany, La vie de château at the Salon de Montreuil and Ilustrarte in Portugal. Since 2009 he holds master courses and illustration for the association of Plant Fables of Macerata and since 2011 has been professor of illustration at the Academy of Fine Arts in Macerata.

Carla Ghisalberti – takes care of children’s literature since 1997. In 2003 gave birth to ‘read me read you’ to encourage the love of reading in schools, libraries and bookstores. Read books aloud to anyone willing to listen to her. What do you do? When asked she replies: “I put together children and books, trying to turn every child into a young player.” Collaborate with Ear immature editions.
www.tricromia.com