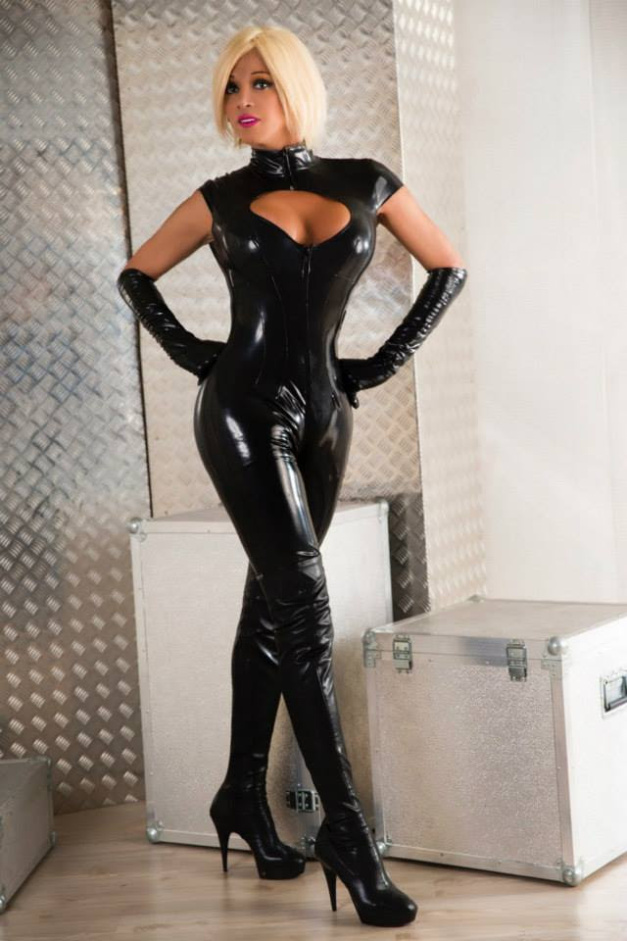 Speaking of Juana Jimenez is not easy … because she’s an indefinable actress! An artist at 360 °, sings, dances, recites, directs…
Considered one of Trans’s most important and talented actresses on an international level, she has worked alongside sacred cinema monsters like Nino Manfredi, Antonella Ponziani, Claudia Koll, Lino Banfi, Carlo Verdone and other internationally renowned actors, she speaks Spanish, Italian, English and French, so as to be able to present the Miss Trans International 2017 event in bilingual!

Beloved by the Gay world, from which it is considered the Queen!
A breathtaking beauty, vaguely reminiscent of Holliwood’s myths like Rita Hayworth …
An actress with an incredible and versatile talent, she has played dozens of different roles, the ideal actress that every director would like to have!
Here is a real movie Diva, the only real Diva Trans…

1) Hi Juana, you are considered one of the most talented and talented trans trans in the international film scene! How did your passion start?
My passion for this marvelous world of cinema started by chance,
I was already working in the entertainment world, I was performing with performances I had created in the discos.
In the cinema I made my debut in the film “Besame Mucho” by the director Maurizio Ponzi, it was 1998, and the director was looking for a rather ugly Trans … so when he saw me, he was not convinced to take me! Then you do not know why he changed his mind, he transformed his character and made him beautiful to be able to take me! Hence the lucky start of my career! 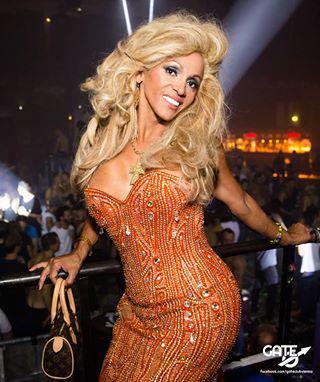 2) What does it mean to make headway in the world of cinema for a trans person? Has it been difficult to succeed?
In the early 90s “being Transsexual was a Tabu ‘, certainly it is still today in Italy, but in those years there were no trans in the cinema or on TV and then I had just arrived from Columbia, and I was also a non-EU citizen, a very complicated situation for those times! But I had courage and determination and I think this helped me overcome all the obstacles and get to what I am today …

3) You have also worked in Italy in many films for cinema and TV drama alongside sacred monsters like Lino Banfi, Nino Manfredi, Carlo Verdone, can you tell us how it was working with them and what they transmitted to you? 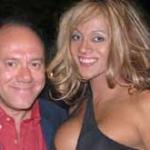 Working with sacred monsters of cinema, like Manfredi, Banfi and Verdone are unique experiences that still leave something inside, they have transmitted a lot on a personal and professional level, in our work you have to steal, figuratively, this helps you to grow and to train you artistically, and that’s what I’ve always tried to do by working with great characters.

4) Has your breathtaking beauty helped you in your film career?
Beauty has its weight, but the skill in my opinion is decisive in this work!

5) You are also testimonials of many events and events all over the world, one of all, Miss Trans International that in the 2017 edition you conducted …. Tell us how was this important experience?
Being Testimonials of an event is a very big responsibility, at that moment you are the image of the evening, so everything depends on you! As happened for the edition of Miss Trans Internathional 2017, a lot of responsibility but also a lot of satisfaction, the organizer of the event Tara Wells had full confidence in me, and it went very well, millions of people saw the event final live facebook, a truly unique experience!

6) You represent a status symbol in the Transgender world now, how does it feel to be considered as queens as you are?
Today more than feeling queens, I think it is important to have visibility to bring out and get to know the GLBT world, we are normal people like everyone, this is the real message I would like to bring!

7) The most famous Trans of the planet is RuPaul, you are in order the second most famous trans, I would say a record to be proud of! How do you consider your colleague? What do you think about RuPaul?
RuPaul is not a Trans and ‘a transformist, commonly called Drag Queen … and anyway this flatters me, he is a great artist and I am honored by this ranking!

8) Do you know that you have finished filming your first cinematographic work as a director, passing the other side of the camera is more difficult than being in front of the spotlight?
Yes, the opera is called “Gota a Gota” and it was shot entirely in my country of origin, Columbia. Being a director I did not imagine it was so complicated, I slept only 3 hours a night! But it’s a huge satisfaction!

9) With which actress or actor would you want more than anything else to work in a movie?
I am interested in working well and in quality films, where I can play roles that complement me as an artist, this is what interests me most,It does not matter who I work with, everyone goes well! 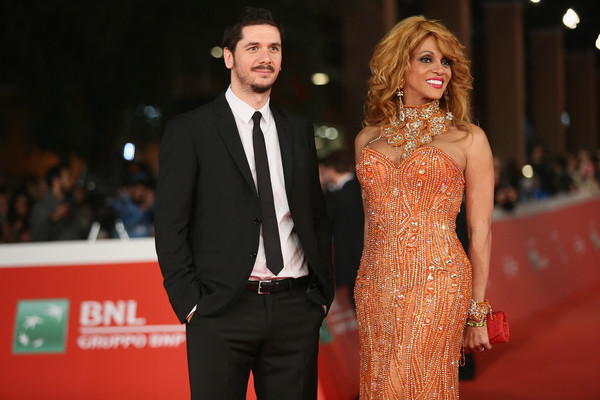 10) You were also nominated at the Rome Film Festival in 2016 for the movie Lo chiamavano Jeeg Robot, by Gabriele Mainetti, are you excited about such important situations?
Film won 7 David di Donatello and 2 Silver Ribbons! An unexpected huge success, I was very excited! These are moments that make you dream and that give you the stimulus and the energy to always do better and continue in your career.

11) You live between Rome and Vienna …. which city do you prefer between the two and why?
I love Rome, the Eternal City and I love the Romans!

12) The next project is underway?
I like to keep the privacy of new projects … I am very superstitious in this sense … I’ll talk to you about it only After doing it!

13) You have been called as queen of the Transmania event in Barcelona, ​​one of the most anticipated events in Spain … can you give us some little anticipation before the big event?
I only tell you that it will be an electrifying event and breathtaking, full of surprises and that many trans girlfriends from all over Europe are already preparing the “fuxia” suitcases to take part in the party that will be held in Barcelona, ​​a magical city!

14) A dream in the drawer you would like to make?
Make a film in America, one of those mega productions from a thousand and one nights! 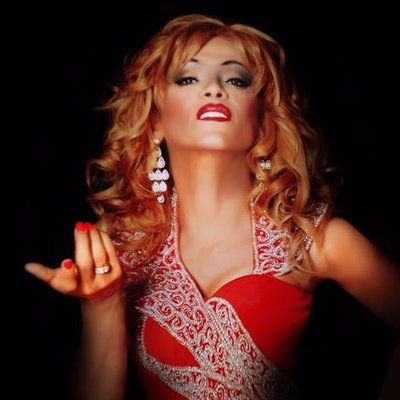 16) Why do you think that ordinary people have made a “negative” idea of ​​trans people? Maybe because they do not know this parallel universe and reject a priori diversity?
If you do not know … avoid … if you do not know you create your own ideas that do not correspond to reality and everything seems twisted and unreal … but you should not be afraid of what seems different, but we should strive to understand the other, to meet him, to share, love each other at the bottom means just this: accepting, knowing each other.

17) In what role of actress you feel more ‘yourself , in the dramatic, brilliant, or comical role?
I prefer the roles dr ammatici … I can show them all my interiority and interpretation.

18) Special greetings to our readers of Rome Central who read us from all over the world!
Basins basins ponds … millions of basins to all readers of Rome Central, have fun, love each other and be happy, nothing is more important than happiness in this life! And if you want to follow me you can do it through Social Networks, on Facebook, Instagram, and on my You Tube channel! Just look for me with my name Juana Jimenez actress, and always be in contact 24 hours a day!