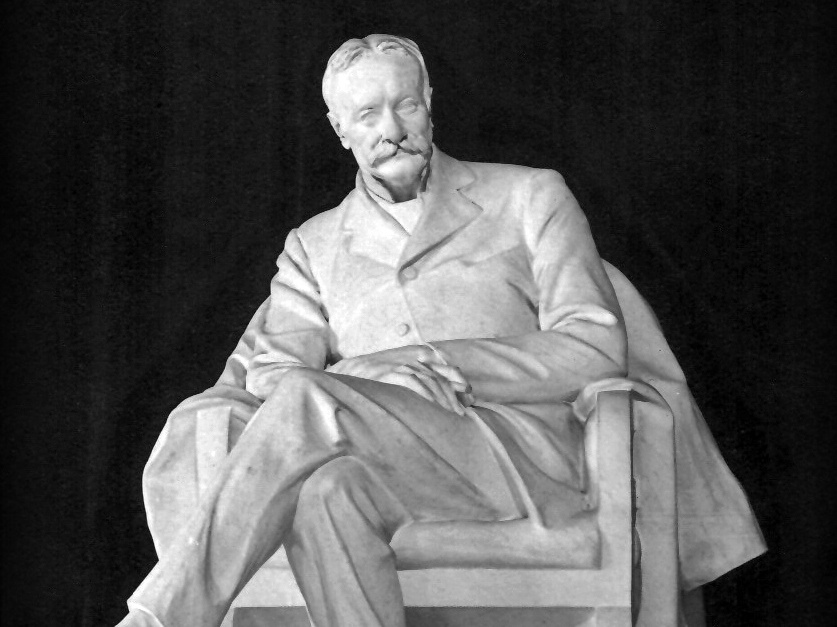 I propose reading Anatomy Lesson by the Italian poet and musician Arrigo Boito, prototype of a group of authors working in Italy in the second half of the 19th century. Artists who exerted a strong influence on the collective cultural thinking of their time.

These personalities can be included in that particular artistic-literary manifesto known as ‘Scapigliatura‘, a term that occurs for the first time in the title of a work by Cletto Arrighi: La Scapigliatura and 6 February. A family drama. In the novel, the word Scapigliatura indicates on a social level a group of turbulent and restless literati, animated by a rebellious spirit towards bourgeois conventions. Only later did the word change its meaning to indicate a singular literary and artistic initiative taken by a group of artists who shared the same position of breaking with the past and hostile towards their own class, bourgeois society.

The Scapigliati, in addition to leading a dissolute and messy life, so much so that some of them ended up alcoholics, like Emilio Praga, or worse suicides like Giovanni Camerana, shared an interest in different art forms, just like our Arrigo Boito, not only a poet and writer but also and above all a musician. Born in Padua in 1842, Boito studied at the Conservatory of Milan, and it was here that he was introduced to the Scapigliatura movement, from which he later loosened his ties to devote himself definitively to music. He was director of the Parma Conservatory and music critic. In 1912 he was appointed senator. He died in 1918 in Milan.

A dominant characteristic in Boito’s poetic thought is dualism. In his vision of reality, the ideal is opposed to the true, beauty and poetry to industrial development and the business market, the latter worlds that with their progress have contributed to annihilating the fascination of the various forms of art. The poet experiments with a new metrical language, a tangible sign of a break with previous literary currents: alternating long and short verses, flat, truncated and slurred lines, courtly and concrete words used in juxtaposition.

Anatomy Lesson is one of the poems from The Book of Verses. The quatrains expound an anatomist’s lesson to his pupils. The doctor is performing an autopsy examination on the corpse of a young woman who died of tuberculosis at the hospital.

In the verses, the author expresses the contrast between his ideal of an intact maiden and the crude objectivity of a pregnant young woman. The ideal, therefore, succumbs before the true, but the versifier accepts it, with the awareness of one who portrays a situation that nevertheless disgusts him.

The stylistic and formal choices denote how much the Scapigliati liked to experiment with new techniques, styles and vocabulary, and our poet is no different. In the lyrical verses, words from the medical-scientific language make their entrance, and, in a game of juxtaposition, concrete lemmas such as valves, cells, aorta, and names of famous doctors from Vesalius to Koch, follow one another, along with courtly and exquisitely poetic terms: rorid drops, placid lullaby…

The hall is gloomy;
From the black roof
Descends the dawn,
On the cold bed
With dull light.

Who sleeps?… An ethic
Died yesterday
At the hospital;
Taken from the requiem
Of cemeteries,
And at the funeral;

(A sterile union!
Insane wisdom!)
You increase the number
Of some doubt.
Human wisdom!

I think of the tender
Past cases
On that head,
To ecstatic dreams
In vain dreamed
By that sad one.

I think of the ethereal
Of hope
A thousand universes!
Fleeting fiction
More than a room
Of four verses.

Even that virgin
Without a shroud
Hoped, in the hours
More melancholy
As a shrine

She closed her heart,

Then follows: “huic sanguinis
Circulationi…”
And I, overwhelmed,
I return to read
My visions
On the white face.

Scïenza, go away
With your comforts!
Give me back my worlds
Of dream and soul!
Peace be to the dead
And to the dying.

And as I arouse
In my secret
Those adorned dreams,…
In that corpse
A foetus is discovered
Thirty days old.

Arrigo Boito, The Book of Verses