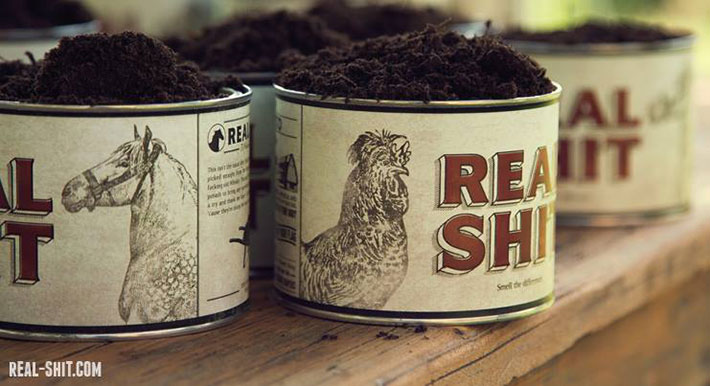 One day, walking in the supermarket Eataly in Rome, I found some cans, sold for 8.90 euro each, with beautiful labels designed depicting cows and hens. The excellent design of the label intrigues me now, a neat and elegant. The “Real Shit” label makes me a little alarmed, thinking it was a joke I approach, and with great surprise I understand that the product for sale is truly “real shit”, or “Crap” or better “Poo!” for those who do not afraid Frenchified.

Perhaps a product to give to an actor inthe day of his first play, a nice present when you wish you success directing a “Merd” who is preparing to go on stage … this is the jargon of the theater but I do not think that those who set up the shelf has thought about this. So I think it’s Coprophilia, and perhaps the buyers of this Real Shit are actually regulars user of “Shit Cty”, horrendous website from which one of the co-creators of this Magazine, the legendary Mr. Michele Princigalli, warned us. I remember his words, and when he saw someone do a bad job exclaimed: “we’re not on ShitCity here!”.

But in reality, after seeking an explanation from the information desk, I realized that it is a product for the gardening, the poop of herbivores is smelly but it is also a natural fertilizer which they say is excellent. Certainly pay 8.90 euro for a  750 grams can of manure country is really something to think about carefully.
I am sure this is a publicity stunt, one of those things to Andy Warrol or better to Oscar Wild whose philosophy “Good or bad, as long as we speak” is the magic formula that paves the way to success. 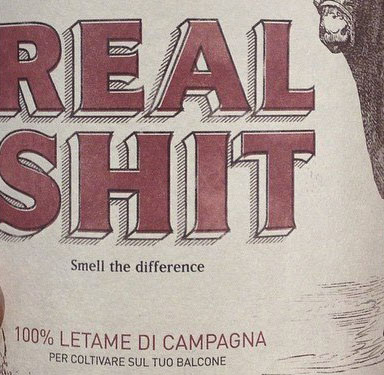 The path of Radical Chic is never predictable, gentlemen in polo shirt, obviously branded, bought the jar to grow basil in terrace; They speak to cultivate in terrace and call it “urban garden” and are quiet at checkout pay poop to 12 euro per kilo because so basil will be so fragrant. 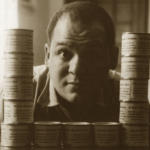 Personally I rather saw the irony expressed in labels, especially reading the section where it says in English “Real shit – smell the difference”. And of course, I immediately jumped to mind the idea of genius that selled their poop.
Does anyone remember the “Shit of the artist”?
We must remember that it is not the first time that the poop was sold at a high price. Recall now the artist Piero Manzoni that canned his own excrement in 1961, gave him the label of “Artist’s Shit” and thus transformed them into works of art sold literally at weight in gold. 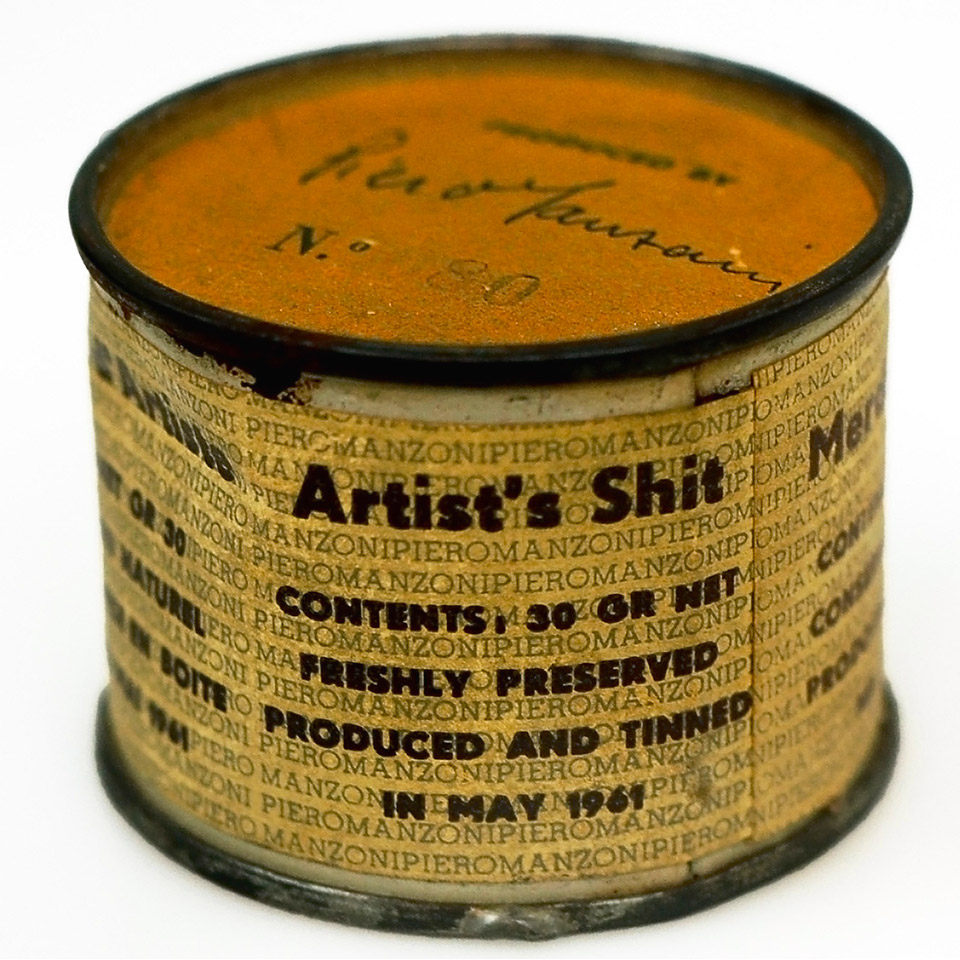 On 12 August 1961, during an exhibition at the Galleria Pescetto Albisola Marina, the artist Piero Manzoni introduced its new modern opera, the 90 boxes (rigorously numbered) of Artist’s Shit (“net gr.30, preserved natural, produced and canned in May 1961 “). The price set by the artist for corresponded to the exact current value of gold, 30 grams of poop artist cost as much as 30 grams of pure gold.

It is necessary to point out that the jars of Piero Manzoni are not very original, and this idea has some previous excrement in art, especially the art of the twentieth century. Salvador Dali, Georges Bataille, and first of all Alfred Jarry with “Ubu Roi” (1896), gave literary dignity to the word “merde”. Art has always played with this topic, the urinal of Duchamp (“Fontaine”, 1917) to coprolalie surrealist.
The real novelty of Piero Manzoni is to have connected the art to reflect on the role of the artist in front of self work of art.

The food for thought is even wider if we think that nowadays the shit copyright is still considered a work of art so as to have its own listing in the market so important that one of these specimens was put to auction at Sotheby’s for the modest sum of 124 thousand euro.

So I want to clarify that the company makes the Real Shit looks has nothing to do with Ocar Farinetti Eataly, which is limited only to distribute it.
Real Shit is one of those companies that knows the techniques of marketing and that it defines its jar as “a little masterpiece”. The founder of the company on the official website said:
“One day I woke up and I realized: my life is shit. Dresses in a shitty apartment, in the most of a shitty shitty town, reminded me a little voice in my head. That morning I realized two things: I desperately needed to change my life and it was evident that I had a particular talent for shit. ”

Read this more than anything else we see more and more a kind of a commercial provocation  and also a fun way to make the business in an alternative way.

The real problem that we see in addressing certain issues is that Real Shit is not the only product on the market made with cow dung and that is sold as a price of jewelery. 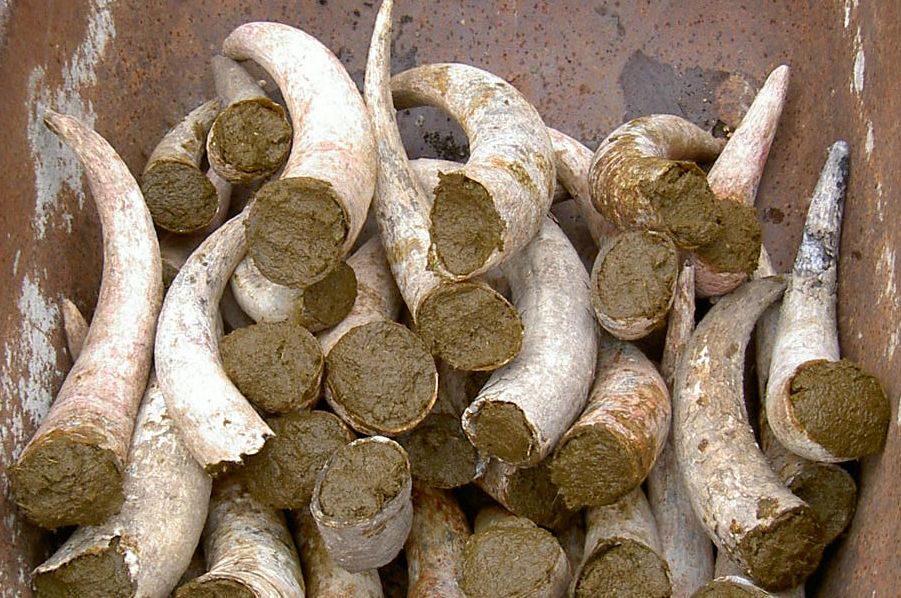 In fact, searching on the web I’ve found  that there are who sell the cow poop taking very seriously, and even proposes its “product” as something alternative and spiritual, attributing even of mystical properties. We are talking about “Preparation 500” also called “cornoletame”.

As defined in wikipedia preparation 500, otherwise known cornoletame is, in biodynamic agriculture described by Rudolf Steiner, a preparation consisting of cow manure placed in a horn, always cow, which has given birth at least once and for buried let it ferment during winter. The compound is recovered in the next few days at Easter. It is distributed, mixed (in jargon dynamic) and diluted with water, with the purpose (not shown) to increase the production yield of the soil.

This product is one of the keystones of biodynamic agriculture described by Rudolf Steiner. The “cornoletame”, according to this philosophy of cultivation, is buried in the field in the fall and must be left to mature during the winter. In the spring, the preparation may be finally unearthed, is then “dynamic” through the insertion into the water within a copper container and above all must be made dynamic in the total absence of magnetic fields such as those of mobile phones. Once you boosted this product should be spread in the field on a rainy day so will be the land fertilized.
The price of this preparation brings up the Real Shit like a cheap product for gardeners from overwork, a fact only 1 kilograms of 500 preparation, or conoletame, is sold on the internet also 130 Australian dollars, more or less 100 euro … 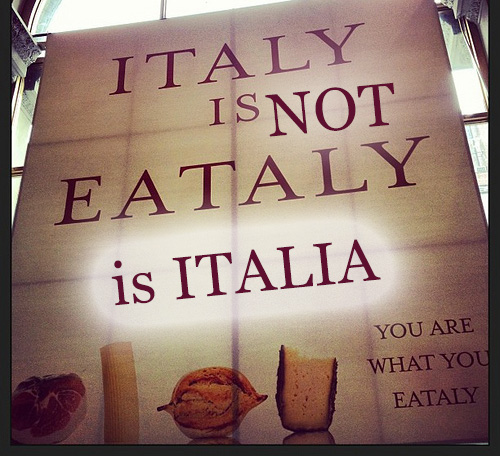 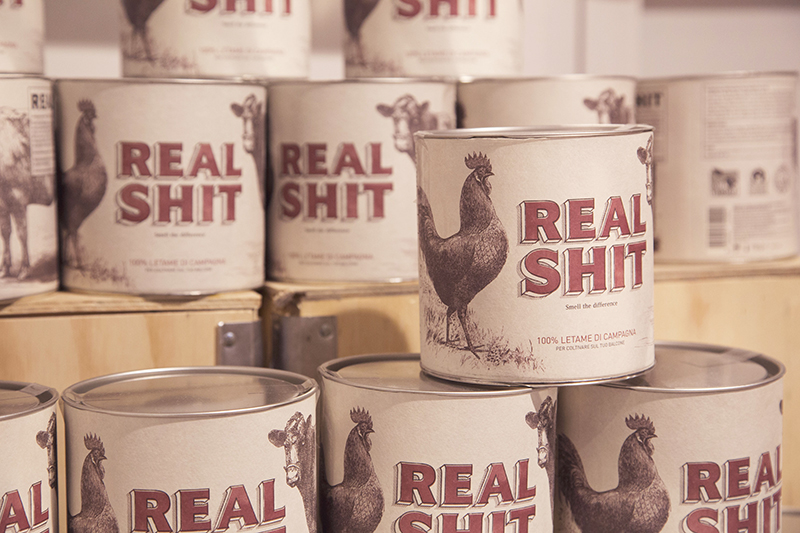 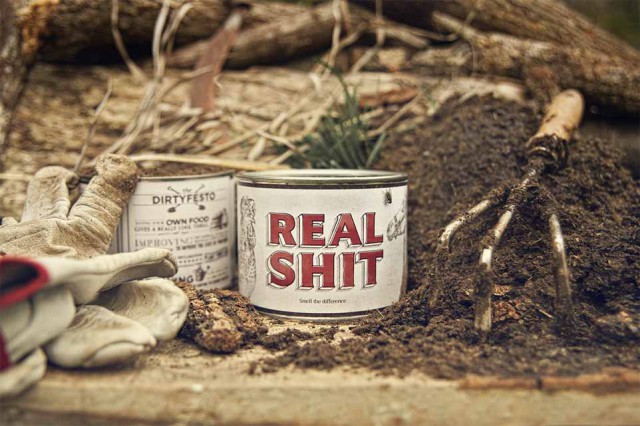