“The Night wears Villa D’Agri” 2018 took place at Villa D’Agri – Marsicovetere (PZ), a town located in the northwest corner of Basilicata in a valley with a magical atmosphere immersed in the lush wooded areas, in the beautiful Piazza Zecchettin, presented by the actress and TV presenter Giorgia Wurth and by the actor, singer, presenter Paolo Conticini.

The event, commissioned by the mayor of the Municipality of Marsicovetere Sergio Claudio Cantiani and produced by the agency Cool Events, wanted to pay particular attention to the social campaign to raise awareness of the problem of cyber bullying that sees the involvement of the association Il Cielo in una Stanza, venue detachment of Senise.

The kermesse that has always united the beauty of the Lucanian territory and of the other Italian regions to the art of beauty and the creativity of the artisans and stylists has seen on the catwalk different local designers.

Franco Ciambella who presented a collection inspired by the Venus goddess of love. The light and seductive stylistic vision of the woman / goddess asserts itself in its elegance with an evanescent austere collection, which vibrates with all the colors of the gardens that we find on the Pompeian frescoes, Koscanyo with its collection was inspired by the complex historical Alhambra located in Granada, Spain, known throughout the world for its magnificence. The sensual silhouettes with the amber details are evocative of an elegance of other times through the squiggles of the precious embroideries, the arabesque scrolls, the fretworks that underline a thousand and one nights femininity, Erasmo Fiorentino who presented an opulent and opulent collection where the key element becomes the concept of femininity that, as never before, takes refuge in elegant outfits covered with sparkles and precious embroideries of Swarovski crystals. The predominant line is sinuous and the pastel shades combined with the most intense colors to end in black, are suitable for the red carpet. To close the Lucanian fashion house Pansardi Sposa, which has been operating in the world of the bride for over 30 years at Villa D’Agri, has presented a preview of the 2019 collection characterized by clean, light lines with an attention to detail.

Present from the neighboring regions, the Salento Tommaso Filieri with his creations of floral art applied to fashion through the research of natural elements and the experimentation of old craft techniques such as the intertwining of rope and straw and Alfredo Nocera, known face of the screens television, which has realized its “Instant Fashion” live. 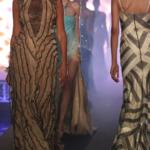 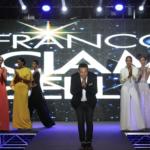 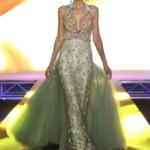 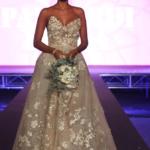 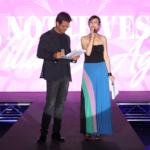 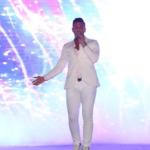 Guests of the event Francesco Capodacqua, known for having participated in the television program Friends and protagonist of various musicals including Giulietta and Romeo by Riccardo Cocciante and the artists of the Circo Bianco.

In the context of the event the journalist Vincenzo Magistà received an acknowledgment with the following motivation: “for the obvious journalistic preparation that make of dr. Vincenzo Magistà, director of Telenorba, one of the Italian journalists most able to communicate with expert limpidity of language and to be particularly distinguished towards territorial and social problems, for the attention to the relationship between economy and communication and for the significant contribution to civil and cultural growth entrepreneurship of the South of Italy “.

An evening that in Marsicovetere will be remembered, a different Basilicata, full of charm and full of evocation, culture, tradition ready to face with its great beauty a new and long journey and give new suggestions even through the creativity of fashion.