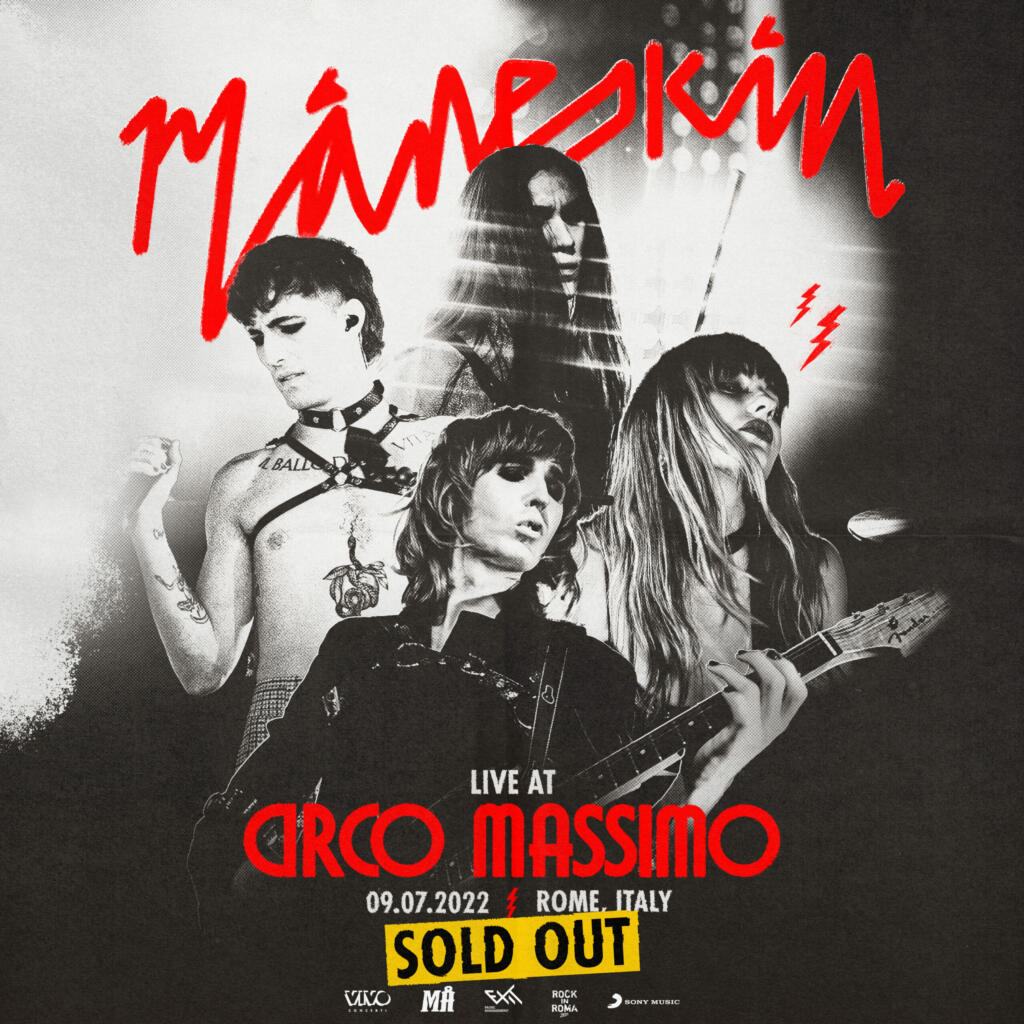 The Maneskin set a show at the Circo Massimo, symbolic place of their hometown and for more than two hours through the voice of Damiano they sing and enchant, involving a transversal audience from families with children to teenagers at the very first concerts up to large groups of sixty-year-olds who well know rock and appreciate the Roman band.
Gates open at 2 pm with the most die-hard fans who, already from dawn, roamed the concert area in search of the best place.

70000, the maximum number of entrances imposed by the authorities had quickly sold-out, and in all the areas surrounding the Circo Massimo hundreds of people crowded the spaces to enjoy, if not the full show, the music that traveled clear for several kilometers.

The cheerful and light-hearted atmosphere, the unique setting and the “friccicarello”Ponentino have created an excellent base for a concert that is successful in all its details.
The show favored by a sumptuous lighting system like the best international productions hosted in recent years at the Circo Massimo: Over 750 lighting bodies make the scenography surprising, over 1,000 employees including workers, technicians, specialized personnel, production, safety and assistance make it cured in every detail.
The powerful start with “Zitti e Buoni” helped the band to overcome the thrill of showing themselves to the home crowd and favor them to take the reins of a concert that gave several magical moments. An extraordinary solo by Ethan on drums, other excellent solos and virtuosity by Thomas, Damiano with his moving voice that transported the audience through the history of the band’s songs. Victoria is a little out of the way musically, with her bass always on the beat but without standing out and her always maliciously provocative attitude that risks becoming a bit too cliché. 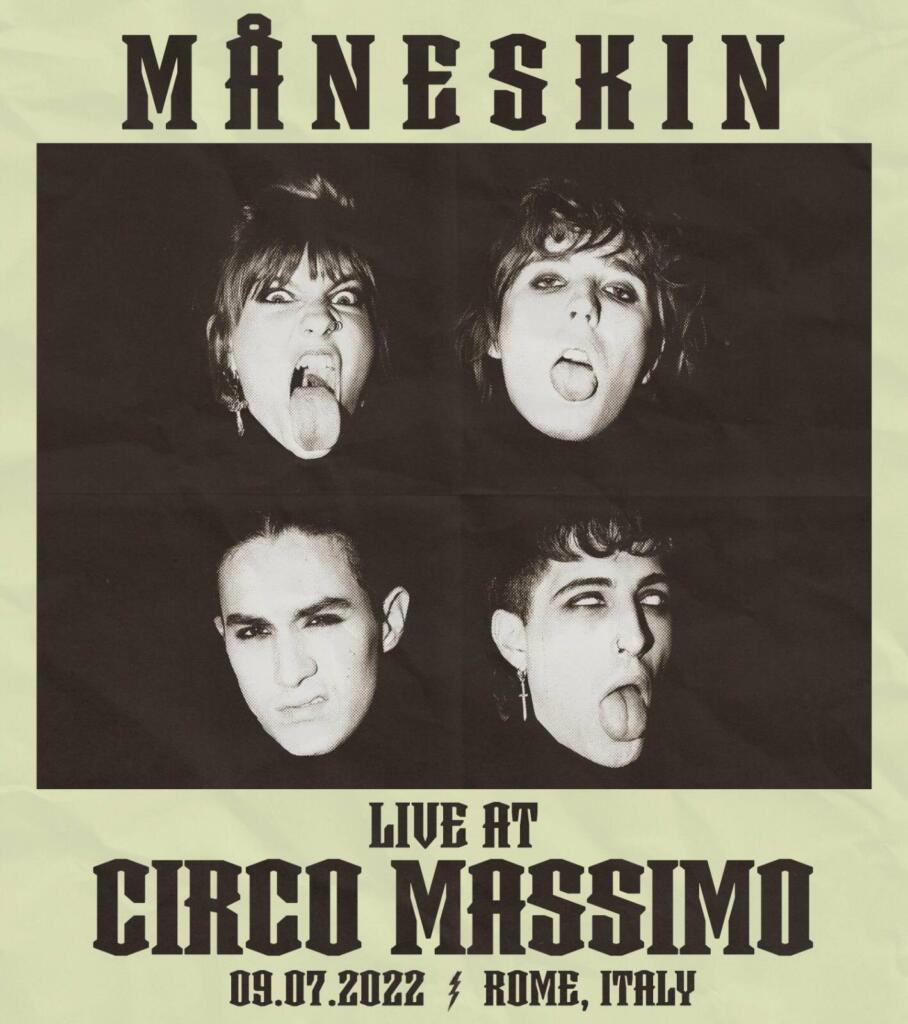 The Maneskin, however, prove to live up to their fame both in terms of music and personality.
The acoustic set (when the world record for hugs and tears is set) in which Thomas and Damiano gently introduce “Torna a casa” followed by “Vent’anni”, two of the most popular and loved songs by young people and a gift to the home crowd: the unpublished “Trastevere” that Damiano repeat several times before performing that it is still a draft.
The concert gives emotions until the end when a few dozen fans are allowed to go on stage and share the scene with their favorites who, after Rome, and the summer tour that will take them to the most prestigious world festivals, will kick off the their first world tour: the Loud Kids Tour (over 56 dates already set with 500 thousand tickets already sold) which will take them to North America and Europe, as well as to the most famous Italian Arena and concert palaces.
11 diamond discs, 194 platinum discs and 40 gold discs and more than 5 billion streaming, Damiano, Victoria, Thomas and Ethan have obtained an unprecedented international consecration for Italian rock and given the age of the four it seems alone the dawn of a new musical kingdom that will see Roma Caput Mundi again.