The Manga possibly know what they are but Mangasia What ‘?

An exhibition on Manga?

Is Japan an isola of the Asian continent then why create an exhibition of compound names that encompasses the entire continent?

And why let it leave in Rome?

To go to set foot in one of the most ‘interesting exhibitions that fill the city’ eternal, and maybe I ‘enough the first of these questions.

At the Palace of Exhibitions in Rome, the Barbican Center in London set up the world’s first exhibition as quoted in the Asian comic book title.

In the introduction to the catalog are the thanks of the Mayor of Rome and the cultural references of the Commissioner for temporary management at the Palaexpo Special Company. The top local authorities explain and sponsor through the catalog of the exhibition, the dissemination and sharing of an Asian mass phenomenon, which we only have few in importance because it originates and diffuses in a world so Italians so distant …

If you’ve never been infected with love for the design line but you want to face the Asian world, this is the show that’s right for you.

The historic reconstruction of the Barbican Center is amazing.

Paul Gravett’s research has made it possible to systematize and make a mass phenomenon understandable that involves the entire Asian continent by helping us approach it.

I am astonished, as I have just entered, despite some Manga I have passed through my hands, while I discovered that the Chinese are millennia that silhouette their story. With comics, stories are also handed over to the Philippines and the Indians then … use the cartoon strips to tell the deeds of their Divinity by spreading the Mahabharata on comics.

The sections of the exhibition are mapping Mangasia, fables and folklore, recreating and revising the past, stories and narratives, censorship and sensibility and multimedia manga … 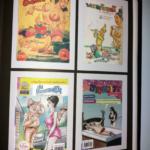 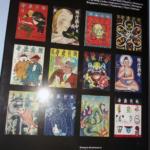 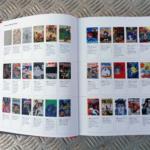 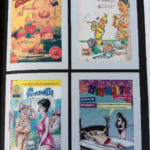 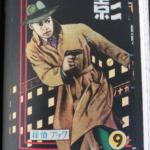 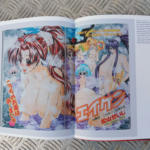 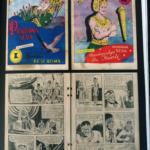 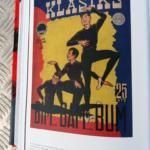 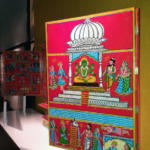 There are comics, drawings, computer on which Takashi Fukutani designed, manga-inspired dresses, and a Mechasobi that lets you drive a giant Mecha …

For ignorant people like me, it’s a unique opportunity to relate to the Asian world without chopsticks and without talking about food but nourishing it’s contemporary Art.

Go and do not be afraid to cross the curtain separating pornographic narration, nipples and genitals are always hidden but the ultimate effect is of great enjoyment!