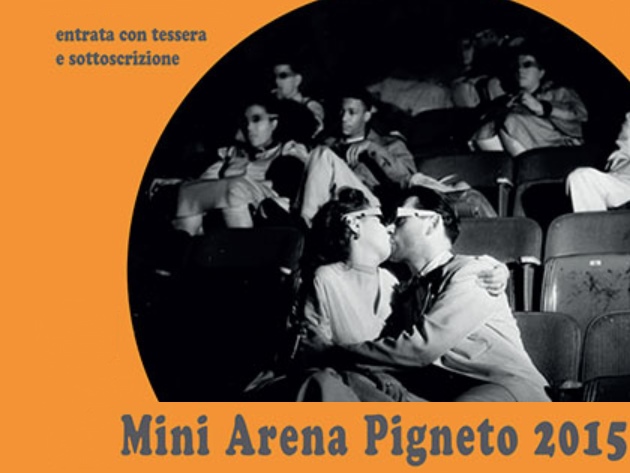 From July 1 to August 31, 2015 at 21:00 every day we can go to the Rome’s Pigneto district Arena, the outdoor cinema that tells great stories under the stars!

Mini Arena Pigneto is organized by Cineclub Alphaville (www.cineclubalphaville.it) and is located in Via L.F. De Magistris, 21 at Pigneto district  in Rome

The Mini Arena Pigneto is for thirteen years the summer version of the historic Alphaville Cineclub, independent, low budget and always constant reference in Rome for all “cinephile” and lovers of the seventh art.
The program provides special attention to the social, cultural, environmental land where the Cineclub lives and works for years … His birth coincided with a great love for Cinema that has pushed for the opening, ensuring with the originality and passion ‘ long wave of continued success among the inhabitants of the city and neighborhood Pigneto in particular, used to living in a territory rich in history neorealist every corner, full of cinemas as perhaps nobody in Rome and for too long orphan of a program cultural alternative to conventional proposals summer.

The Mini Arena opens to the city of Rome with its rich and original poster … and the city visits us throughout the summer, helping the streets and squares of the district Pigneto to be known and appreciated for the rest of the year!
The Arena is powered and frequented by artists, associations, volunteers in the area, and to perform the social function of entertainment to the elderly and the disabled, as the Arena is also equipped for their …They calls himself a multitasking project open and constantly evolving, a factory of art and good intentions, and we can think of the slogan: the future here and now!

We read on the website of the association, the words of Patrizia Salvatori, artistic director of the Children’s Arena and host of the evening screenings daily:

“… The Mini Arena Pigneto is primarily an opportunity for our other cities, other because they can point with its kaleidoscopic and original palimpsest (thematic or monographic weeks of films past and present events Monday between theater, music, literature , guests, digital art exhibitions) to a public cross by age, tastes, knowledge, curiosity … a way to share, to meet and get to know fellow adventurers and culture without haste and with the pleasure of the expanded time as the our Cinema! “

The planning and the environment is like from what you live in the Film-club Alphaville, for all year in fact, but you can enjoy good films outdoors and under the stars of the Municipality n.5 of Rome . Note that the Pigneto has its own Senior Center’s oldest city.

The arena is a real open space at night, open from 20:00 to midnight for nine weeks and one day. 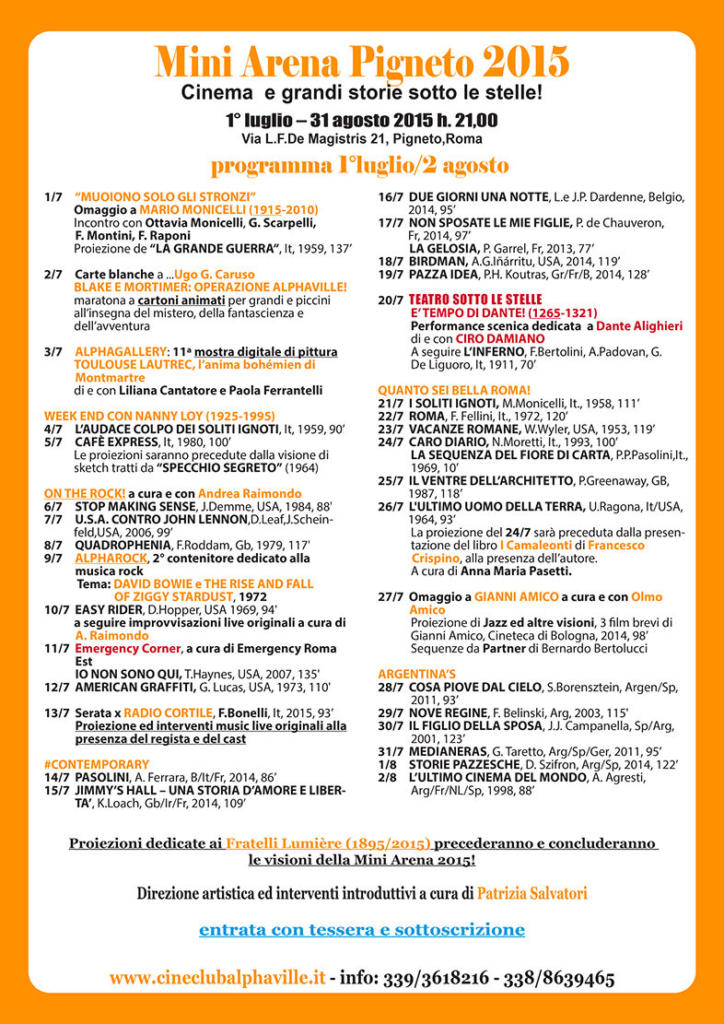