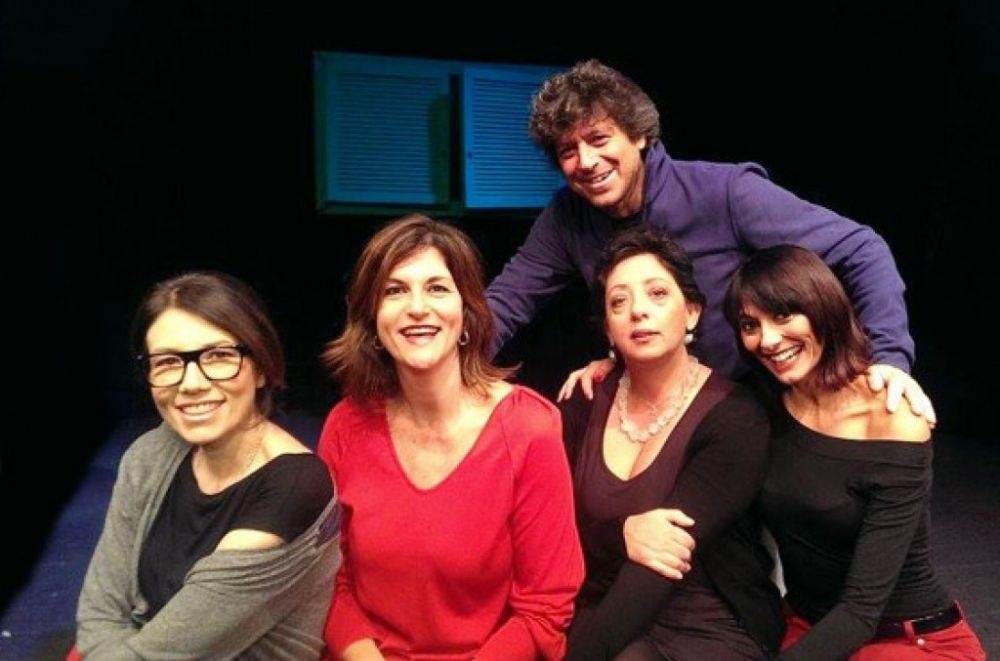 Four women and four brilliant performers struggling with the most common XXI century female neurosis, directed by a man, Michele La Ginestra … result … guffaws at the Teatro della Cometa. “Partially exhausted” is a comedy written by Giulia Ricciardi, who is also one of the performers, togheter with Federica Cifola, Barbara Begala and Beatrice Fazi.

The show, produced by TEATRO SETTE, was staged at Teatro della Cometa from 3 to 20 December 2015. The story revolves around Mirella and her three best friends: Elvira, Marisa and Silvana. After so many years living together, Mirella decides to marry his partner, but then leaves him at the altar and goes to take refuge in her house, followed by the three stunned friends who try to convince her to retrace her steps. But it’s useless and so Mirella held her friends as hostages for 24 hours, in her apartment. This event provides an opportunity for all them to talk about themselves and their real problems and innermost desires, between amusing skirmishes, revelations and memories. “Not only men would like to escape, because they don’t feel ready and they are immature – the author writes (and interpreter) Giulia Ricciardi says- Next to the Peter Pan syndrome, is one of Tinkerbell. We are all a bit ‘”Tinkerbell” … definitely are the four stars of “Partly exhausted”. Exhausted by life events and responsibilities, which they may not be able to support”. The mechanism of comedy triggered when each of these female characters reveals the flaws that lie behind an apparent fulfillment. 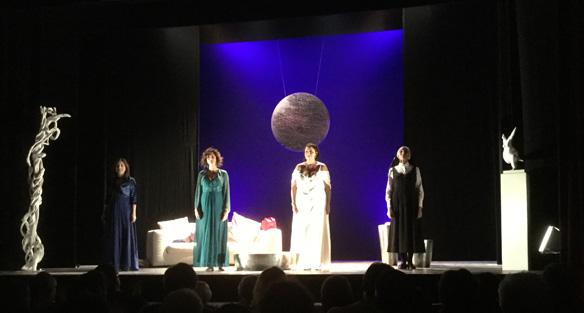 Then each of the characters wants to order something other than what she is and what she has. The protagonist, Mirella, the runaway bride …. you realize you have fear of a marriage that she has even desired for so long, with a man who basically loves. Marisa, wife and mother made, is actually bulging from her family that drains energy, leaving her a few time for herself. Elvira, single mundane and working girl, actually she feels lonely and lacking a true love. Finally there is Silvana who aspires to perfection so much to choose a boyfriend really special … God. But behind her sudden vocation lies a great desire to take center stage. However the personal dramas turn into hilarious gags, thanks to characterizations of actresses with great verve that make a team, thus giving the show a sizzling pace without setbacks. This creates a perfect balance between the fun times and the most thoughtful sealed by pleasing musical intervals, consisting of pieces of Italian music made famous by the extraordinary performers (women of course!) As Mina, Loredana Berte and Gianna Nannini. And noteworthy is also the final of the comedy: chorale, open and optimistic, despite all the existential drama of the protagonists … because basically we women will also exhausted by life … but only partially!