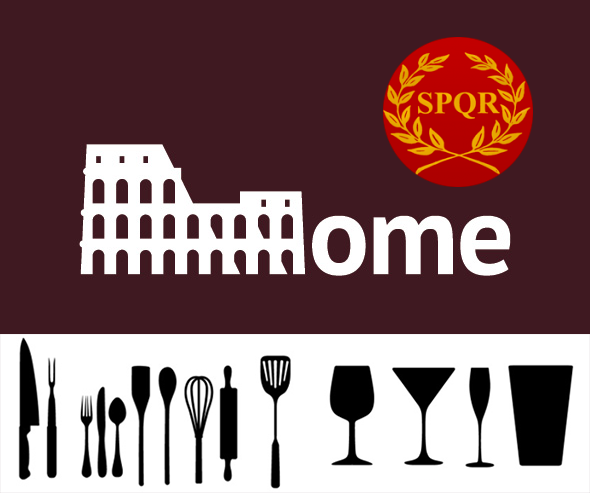 The Romans frequent the Osteries since ancient Rome, although more properly the term “tavern” is actually more modern (12th and 13th centuries), and derives from the ancient French innkeeper, who in turn derives from the Latin hospite . The etymology of the term today recalls the function of the place that is that of hospitality.

The term trattoria, typically Italian, is often used, which indicates a popular restaurant for the sale and consumption of meals on site. The term derives from tractor, “host” which in turn comes from the French traiteur, derivative of traiter, “treat, prepare”.

During the period of ancient imperial Rome there were rooms similar to taverns / inns that were called enopolium or even thermopolium when hot food and drinks were also used, for the precisions they were heated in large terracotta pots embedded in the counter exactly as they were found in excavations of the ancient city of Pompeii.

The taverns during the history from exclusive places for the refreshment gradually became places of meeting and meeting place where we met men and women and social relations were intertwined. According to tradition, wine was the central element, then food, but in some cases also the bedrooms and in other cases prostitution.

The history of Roman taverns is often intertwined with that of the Popes who had established a tax on wine consumption and many Popes over time have increased taxes such as Urban VIII, or the edict of Leo XII, which prohibited the consumption of wine in the tavern itself unless food was also ordered.

Rome, the osterie where to eat traditional Roman cuisine.

Although it is the eternal city Rome, from the culinary point of view it has always been evolving through constant national and international contaminations and in recent times we are also witnessing the experiments of traditional “creative” cooking and often we see little traditional mixtures of flavors and colors in bring the most daring restaurateurs to try to bring us. For this reason, a strong nostalgia for the historical and typical dishes of our tradition is growing more and more.

The ancient flavors, which come from the glorious past, give us essential tastes that we can not find in the creative kitchen or so-called “gourmet” that propose us the many new places that open in the city.

The traditional Roman cuisine is the popular, completely informal, characterized by the scents that come from the kitchens of the classic taverns and inns as in the past, “de na vorta”, where in the kitchen the old aunt or grandmother – and not the chef – propose solamento recipes handed down from generations where you never throw anything.

In Rome most of the taverns were in Trastevere so much that in the nineteenth century there were almost 600, frequented by criminals, time wasters, prostitutes, journalists and writers, poets and artists.
The menu never lacked typical dishes of the Roman popular tradition, such as tripe, the chanterelle and the inevitable lamb.

Here is a short list of Osterias and Trattorias suggested by our editors and readers, where you can eat typical Roman cuisine.

In the historic Testaccio district we find Nuovo Mondo in via Amerigo Vespucci 15 where with a service from classic Roman trattoria we eat fried cod, supplì, carbonara and other popular first courses but also the square, fine as the Romans like.

Remaining in Testaccio, for a Roman round pizza, many suggest to try Da Remo, in Piazza di Santa Maria Liberatrice 44.

A historic and totally informal pizzeria we find in the neighborhood of Trastevere, do not miss the popular atmosphere that we find Ai Marmi, called L’Obitorio by the locals, is in Viale Trastevere 53. Typical Roman pizza and typical popular appetizers such as croutons, bruschetta, fried zucchini flowers and much more.

Still in Trastevere if you want a higher pizza, the typical Roman is in fact very low and fine, we recommend to try Dar Poeta in Vicolo del Bologna, 45.

Moving towards Ponte Milvio we suggest you try Il Quinto Quarto in Via Flaminia, 638. A well-kept environment and it is not really an inn careful to the shape where many go for pasta alla carbonara.

Far from the tourist areas in the Marconi / Portuense district near the tevere the students of the area recommend the Restaurant  Pizzeria ArVolo located in Lungotevere di Pietra Papa 55.

Farther away from tourism area, if we want to find a place of peace and tranquility, far from the urban smog, in a rural context the choice we are advised is to go to Cobragor (Co.br.ag.or) “Cooperative agricultural workers organized” in Via Giuseppe Barellai 60, an area of ​​40 hectares of farm holidays in the Insugherata Nature Reserve on Monte Mario, the highest hill in Rome.

Towards the outskirts we find the Quagliaro Alessandrino in Largo Mola di Bari 17, is a typical Roman ostaria / tavern / trattoria that, as can be understood from the name, is specialized in quails besides being able to choose among all the most popular Roman dishes.

In the suburb of Pietralata district those who love places where the tourist is hardly ever a Roman pizza is appreciated at the Pizzeria di Quartiere Pietralata in Via di Pietralata 146, especially the weekend, it is very crowded with very informal service.

Also in Pietralata the locals tell us about Lanificio Cucina in Via di Pietralata 159A, where they tell us that the dishes are nothing extraordinary but the place overlooks the river Aniene and the atmosphere of the loft-on-the-river, with its large windows and the interesting interior design, is a place not to be missed. This place is pretty well known in the neighborhood for weekend brunch.

In the most central and bourgeois district of Prati we recommend a place to have a snack or better eat a good pizza with a Roman cut; the Bonci Bakery, in Via Trionfale 36, is not a real restaurant, but Gabriele Bonci is considered one of the best bakeries in Rome and his bakery in the Prati district is definitely worth a visit. Excellent pizza cut, but also croissants, biscuits, bread and many baked goods. Not a cheap bakery but sometimes worth it.

In the historic center, where it is impossible not to run into tourists, we point out next to Campo de ‘Fiori the Grappolo d’Oro restaurant, in Piazza della Cancelleria 80, for some true Romans who live in the historic center, which for the record are very few , has become the reference point for Roman cuisine in the area. Despite being super crowded with tourists there is attention in the presentation of dishes. One of those places where the staff often remembers that you have to finish your meals not slowly to free the tables for new customers waiting.

Returning to the suburbs, between Pigneto and Porta Furba, a well-known restaurant is Betto and Mary in Via dei Savorgnan 99, a typical Roman tavern where time seems to stand still. Informal environment with dishes are those typical of the tradition where there are Animelle artichokes and walnuts, Pajata, Amatriciana, a choice of horsemeat 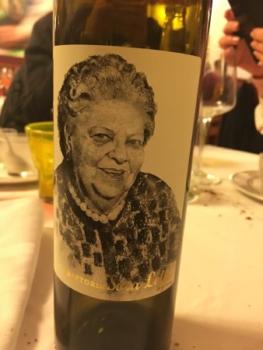 Returning to the Center on the border with Trastevere, an historic trattoria is that of Sora Lella on the Tiberina Island, in Via di Ponte Quattro Capi 16, certainly not cheap but it is one of those places in Rome that has a history known by all those who live in Rome for generations. Elena Fabrizi, aka Sora Lella and sister of the actor Aldo, owner of this place was a typical cook from pure blood Trasteverino. Famous in trastevere were and still are the Nonna Lella meatballs msde with “Coda alla Vaccinara”. Now managed by the family.

In the Garbatella district we find Il Girasole (Via Rosa Raimondi Garibaldi, 26/28) known in the area for the abundant portion of pasta alla carbonara. Excellent as a diner is always crowded whose appearance certainly not fashionable could be misleading. The philosophy of the place is “huge portions at affordable prices”

Near the Termini station in the neighborhood / Esquilino district some friends point out the Trattoria Da Danilo, in Via Petrarca 13. Typical family run trattoria, run by Danilo and his mother. It is not cheap but it is considered a small pearl of Roman cuisine. Pasta cacio e pepe is said to be the most spectacular dish.

Coming from the historic center and crossing the tiber through the Tiberina Island we arrive at the typical informal tavern Roma Sparita, in Piazza di Santa Cecilia 24, is one of those places known by locals and now also very popular with tourists. This is why it is no longer a cheap place even if it keeps small and narrow tables, where the strong presence of tourists has led to raising prices even at lunch.

Returning to the Garbatella district, in front of the beautiful building of the Palladium Theater I highly recommend to try Il Ristoro degli Angeli in Via Luigi Orlando 2. Formally it was the ancient body of consumption is now an inn with a nice atmosphere, certainly not cheap but where the price-quality ratio is very good. Typical dishes with some creative variations of high quality that in a trattoria like this difficult to find.

In the district of San Lorenzo we signal Tram Tram, in Via dei Reti 44, near the first university of the Capital is known for some time in the neighborhood and by students. The environment is rustic and is a typical Roman tavern.

Cesare al Casaletto (Via del Casaletto, 45) is one of those places where it is very difficult to find a tourist, it is in the district of Monteverde Nuovo where foreigners are wary of captain. It is strongly recommended by the most demanding locals and palates.

Always away from the tuition routes and near the borough of the Parioli district many recommend Mamma Angelina, in Viale Arrigo Boito 65, you eat mainly fish as you want the tradition of a city a few kilometers from the sea.