Just a stone’s throw from Piazza Navona and Palazzo Madama, home of the Senate of the Italian Republic, this square takes its name from the church and the palace of S. Apollinare and this square is also known for Palazzo Altemps, formerly Palazzo Riario, a historic building of Rome which currently houses one of the four seats of the Roman National Museum. 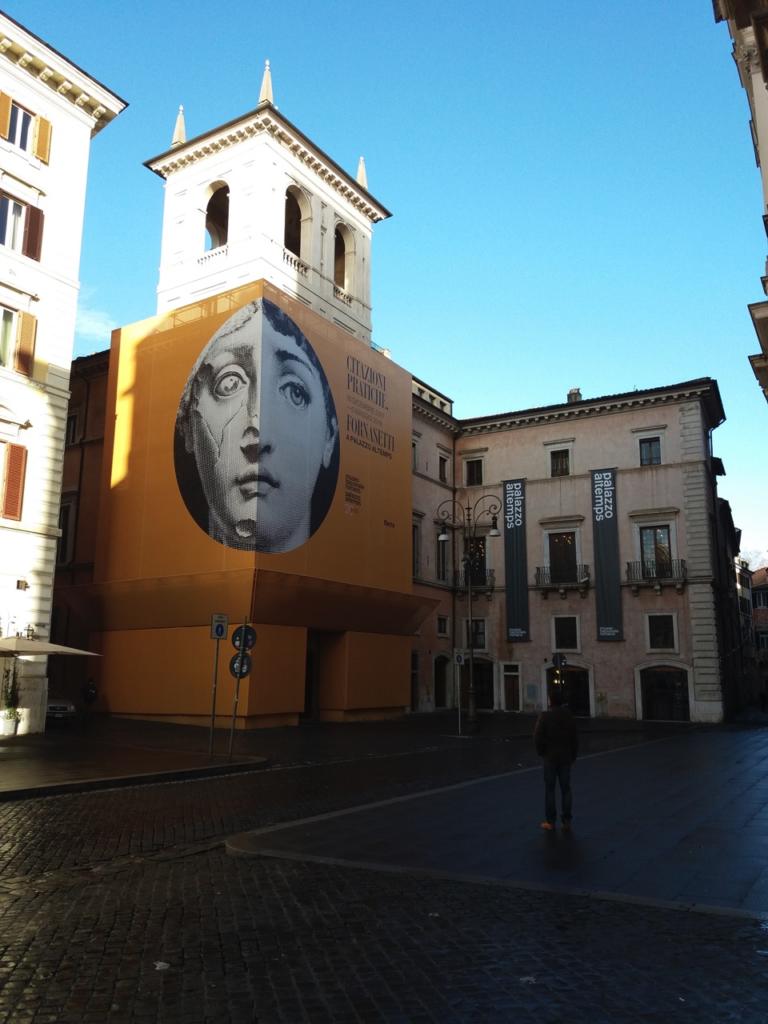 Palazzo Altemps was built at the end of 1480 for the nephew of Pope Sixtus IV, Girolamo Riario, General of the Holy Roman Church. The facade is on three floors with a pointed boss on the corners and in the pilasters of the arched portal located in via di S. Apollinare. About halfway through the 16th century the palace passed to the cardinal of Volterra Francesco Soderini and in 1568 it was bought by the cardinal Marco Sittico Altemps, nephew of Pius IV and son of Count Wolfango Altemps.

The Palazzo di Sant’Apollinare in Rome, probably already existing at the end of the thirteenth century, links its history to the adjacent church of Sant ‘Apollinare (first half of the 7th century). It was used as a residence of the church clergy.

The Palace of Sant’Apollinare was the residence of cardinals from the fourteenth to the sixteenth century, including Napoleone Orsini (around 1308), Pietro di Luna (then antipope Benedetto XIII, 1394-1423), Branda Castiglioni, Guglielmo d’Estouteville. In 1495 the Seneschal Belcari lived there. In 1424 Cardinal Branda founded a college for the students of the Roman University. In the second half of the sixteenth century it passed to the Jesuits of the Germanic Hungarian College.

During the French domination in 1811 Napoleon I transferred the schools of the Academy of San Luca. In 1825 Leo XII assigned the Palace to the Pontifical Roman Seminary. In 1849, during the Roman Republic, Palazzo Apollinare was for a short period the headquarter of the Ministry of Finance.

In 1853 Pius IX built the vast Reading Room above the Basilica, now called the Card Room. J. Höffner, and added two floors to the building for the use of the Pious Seminary. In 1920 the Lazarist Fathers established themselves here. Benedict XV made it the seat of the Pontifical Institute of Sant’Apollinare.

In the most recent history, the Academy of Music “Tommaso da Vittoria“, the Circle of San Pietro, the White Fathers (Missionaries of Africa) and other praiseworthy ecclesiastical institutions were located in this Palace. Since 1990, the Palace is home to the Pontifical University of the Santa Croce (Holy Cross).

In the ancient library of the Germanic-Hungarian College, later transformed into a chapel on the first floor of the Palace, there is a tempera-painted ceiling with the coronation of Mary and a painting of the Immaculate, attributed to Andrea Pozzo. Source www.pusc.it/info/le-sedi/palazzo-santa-apollinare

We had dinner in this restaurant, in the square at the outdoor tables on a mild pre-summer day. The restaurant has recently been renovated by the new owners. The menu is attentive to all needs, from meat to fish to leavened pizza in the old way. It is not just a place for tourists, which represent in any case the majority of guests, and the quality of the dishes is guaranteed by the recipes of chef Arcangelo Dandini. 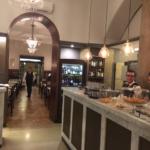 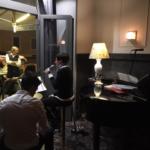 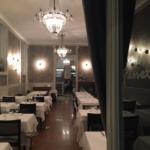 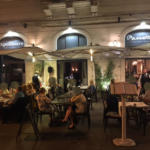 In the beautiful days you can eat in the square and there is no shortage of traditional Roman dishes that are revisited with a certain skill and elegance. This is not a cheap place but we can not even consider it a good value for the location.

NOTE ON THE BOOK:
This new column Eating in Historic Squares is in no way sponsored. These are direct experiences of the people and reporters of our editorial staff who can be invited for lunch or dinner and who in no way have relations with restaurateurs. We usually write where we found ourselves well.