From London to Rome, the “Pink Floyd Exhibition: the mortal remains” celebrates at the Macro until 2018, 1° of July 50 years of worldwide success of the English band through a sensorial and theatral trip along with their polyhedric production. Concerts that left the mark in the collective imaginary and changed the music and the live music’s path.

Why is this exhibition worth visiting?
Those who love Pink Floyd music dive here into their artistic world at 360°, trough their soundtrack and the 350 objects, that reveal their creative poetic’s backstage. Those who know only a few about them can go through the main steps of their history: from the London underground scene of the sixties to the psychedelic music with Syd Barrett and the last musical event, “Live 8” 2005 at London. Moreover, it is the first collaboration of the last decades among the remaining members. Since it is not possible to watch them all together, it is the only way to live them again, apart from listening to their LP. Not last, this is the first stage after the inauguration in London and before the next worldwide tour.

A sensory journey into the rock
The sensory journey goes through the Contemporary Art Museum’s rooms in a chronological way: historical Album, photos, covers, manuscripts, clothes and scene masks, beyond that musical instruments, posters, storyboard, and video interview. You are surrounded by these witnesses and only an image, a note or an inflatable let you see the Pink Floyd themselves.

Innovation was their mission
This is the evidence of how much innovative they were in many disciplines. The sonic invention, musical technology, engineers of experimentation and architects of rock, all in their music and scenography’ s concerts. The first who played, like Roger Waters declares, “theatrical rock”.
Experimentation, imagination and social criticism made this band a unicum, even after 50 years. And see those who still want to listen to this kind of music at Circo Massimo on the 14th of July for the next Roger Waters concert in Rome.

The exhibition
From an idea of the famous graphic Storm Thorgerson, (the author of some of the most popular covers like “The Dark Side Of The Moon”, “Animals” o “The Division Bell”)
Developer Aubrey ‘Po’ Powell from the Hipgnosis studio.
Mondo Mostre organization.

To know more about the bad visit their official site: www.pinkfloyd.com

MACRO, the Museum of Contemporary Art in Rome
from 19 January to 29 April 2018

MACRO is located less than 1km from The Piper Club, which hosted Pink Floyd’s first show in Italy in April 1968. The exhibition celebrates Pink Floyd’s place in history as the world’s cultural landscape changed from the 1960s. The band occupied a distinctive experimental space and were the exponents of a psychedelic movement that changed the understanding of music forever, becoming one of the most important groups in contemporary music.

An epochal retrospective of 50 years since the birth of one of the most innovative and influential musical groups in history, the Pink Floyd Exhibition: Their Mortal Remains arrives in Rome, acclaimed by critics and exclusively for Italy.
Designed by Storm Thorgerson and developed by Aubrey “Po” Powell of Hipgnosis, who worked closely with Nick Mason (consultant of the show on behalf of Pink Floyd), The Pink Floyd Exhibition: Their Mortal Remains is an audiovisual journey in 50 years of career of one of the most legendary rock bands of all time and offers an unprecedented and exclusive vision of the world of Pink Floyd.

The exhibition itinerary that guides the visitor following a chronological order, is always accompanied by the music and voices of past and present members of Pink Floyd, including Syd Barrett, Roger Waters, Richard Wright, Nick Mason and David Gilmour. The highlight is the Performance Zone, where visitors enter an immersive audiovisual space, which includes the recreation of the last concert of the four members of the band at the 2005 Live 8 with Comfortably Numb, specially mixed with the avant-garde AMBEO audio technology 3D of the Sennheiser, in addition to the video, exclusively for Rome, of One Of These Days, taken from the historic performance of the group in Pompeii.

The Pink Floyd Exhibition is presented by Michael Cohl of Concert Productions International B.V., World Exhibitions and Live Nation. The exhibition is curated by Pink Floyd creative director Aubrey “Po” Powell (from the design partnership Hipgnosis) and Paula Webb Stainton, who has worked closely with members of Pink Floyd including Nick Mason (Exhibition Consultant for Pink Floyd) , with the further collaboration of Victoria Broackes, curator of the V & A in London. The exhibition is a collaboration with the designers Stufish, the most important entertainment architects and longtime collaborators of the band, in addition to the renowned exhibition designers Real Studios. 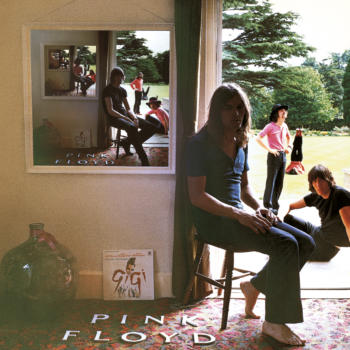 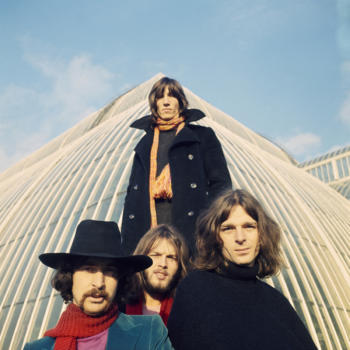 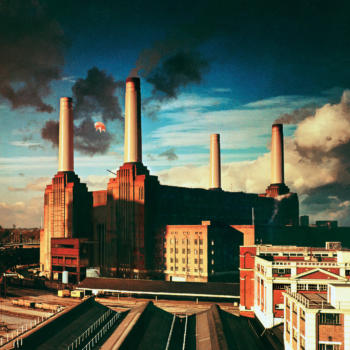 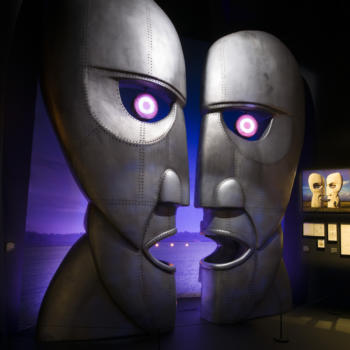 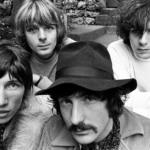 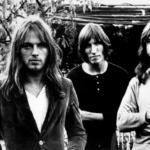 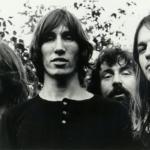 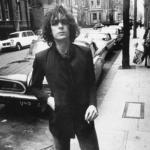 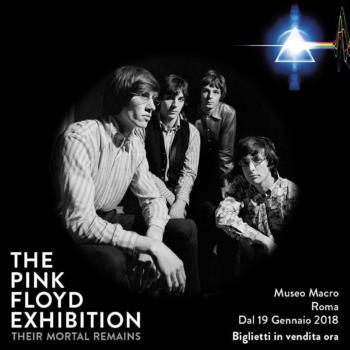 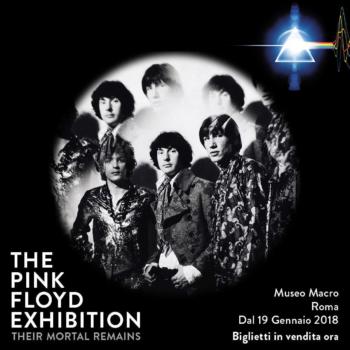 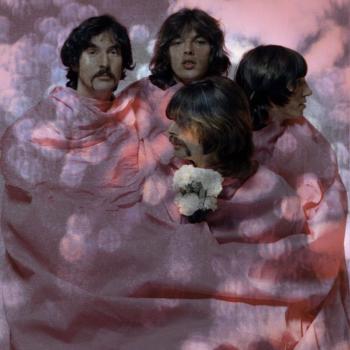 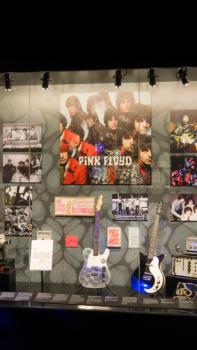