Yesterday the National Fair of Small and Medium Publishing, Più libri più liberi (in its seventeenth edition), ended with an extraordinary success of audience.
The most important cultural event of the capital, organized by the Italian Association of Publishers (AIE) and hosted for the second year in the suggestive location of the Rome convention center La Nuvola dell’Eur (the congress center designed by Massimiliano and Doriana Fuksas), concludes with numbers in line with the 100 thousand presences of the last edition and the sold out in most of the scheduled meetings.
Many were the cultural meetings (650 meetings in 5 days) and professional meetings of this edition focused on the theme For a new humanism, meetings to better understand and deepen some very hot topics in recent times such as racism, migration, issues of gender and the Middle Eastern situation. 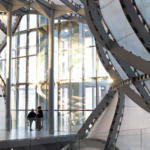 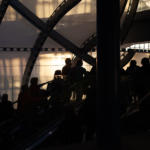 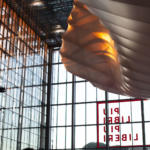 In an era more than ever marked by conflicts, economic and social inequalities, political instability, colossal migratory pressures and equally strong upheavals on sovereign and protectionist positions, it becomes necessary for a cultural demonstration to discuss the important issues that disrupt everyday life, looking for new perspectives from which to look at them and shared solutions.
Over 1,500 Italian and international authors took part in the Fair: among them, the Israeli Abraham Yehoshua, the dissident writer and poet Patrice Nganang, the American Joe R. Lansdale, the Turkish intellectual Pinar Selek, the author of House of Cards Michael Dobbs. Among the Italians Zerocalcare, Paolo Giordano, Michela Murgia, Luciano Canfora, Dacia Maraini, Teresa Ciabatti, Nadia Terranova, and many others. Also important was the presence of great personalities from the world of information: among others, Mario Calabresi, Luciano Fontana, Virman Cusenza, Marco Damilano, Giovanni De Mauro, Marco Travaglio, Ezio Mauro, Michele Serra and Enrico Mentana. Great success also for the meetings with Yasemin Congar, partner of Ahmet Altan, the great Turkish political writer and dissident sentenced to life imprisonment, the one with Monica Tereza Benicio, partner of the activist Marielle Franco, murdered last March in Rio de Janeiro, and the one with Emma Bonino, Jean Claude Mbede and Elly Schlein. Last but not least the meeting with the former mayor of Riace, Mimmo Lucano. 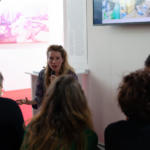 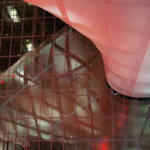 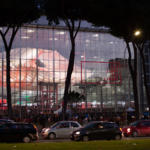 The fair is not only an important opportunity for small publishers to be known by the general public but also an important moment of enrichment and comparison, as stated by the President of the Lazio Region, Nicola Zingaretti: “Also this year, Più libri più liberi is not only a simple fair of small and medium-sized publishing, but a party for the many lovers of books and culture. Many families, many young and old, crowded the meetings and strolled among the stands”.
There was a lot of attention reserved for young people in this edition, with the participation of primary and secondary schools (about 12 thousand students) and the possibility of using a Good Book for all students, a project promoted by the Lazio Region.
“It is important to educate digital natives because not only the book makes you free but it makes consistent, plastic and persistent knowledge over time.” – declares Vito Crimi, Undersecretary to the Presidency of the Council of Ministers with responsibility for information and publishing – “We need to remind young people of the importance of memories, of memory, because in our society everything has become evanescent. of the things they have done and that is why it is increasingly important for them to rediscover the book: to maintain the ability to fix memory”. 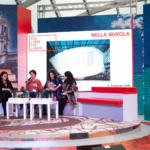 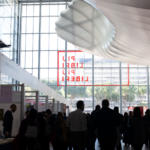 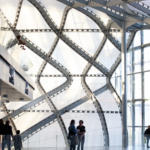 Also the exhibitors – 545 distributed in 3,500 square meters – were very satisfied with this edition, which also recorded excellent sales results, repeating the extraordinary success of 2017. “We thought we could not match the great results of last year – declares the Edt publishing house – but this time we are also very satisfied for the participation and for the type of audience, attentive and faithful”. There is also great satisfaction from Add, who points out “the perfect organization from the logistic point of view, which has made Più libri più liberi really a big event, able to arouse the interest and enthusiastic participation of the public”. 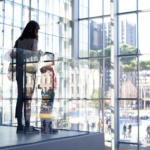 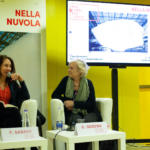 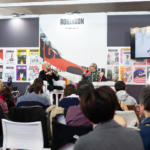 Next to the program for a more general public, there is also a specific program for professionals – also this year made by AIE – Associazione Italiana Editori in collaboration with ALDUS, the European network of book fairs of which Più libri più liberi (PLPL) is partner – which is set up as a real offer of training and annual information for the Italian small and medium publishing sector.
Even these twenty-three professional meetings have been very successful and have been crowded by insiders.
The Business Center functioned as a meeting point between publishers, companies in the supply chain (11 companies that met publishers) and the professional public. In this way, Più libri più liberi reinforces its role as an incubator and as an opportunity for comparison and growth for sector operators.
Thanks to these meetings they tried to understand how to meet the small and medium Italian publishers who have little visibility in bookstores, suffocated by the big chains, thanks to a work table that sets a new paradigm and a real and more constant dialogue between small publishers and supply chain. 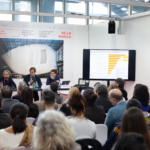 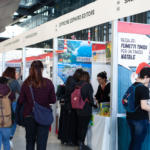 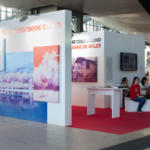 The meetings allowed to get the availability of the buyers of the chains, group and independent, to work together with the members of AIE to increase space and visibility granted to small and medium publishers in bookstores, through for example preferential agreements or differentiated rates.
Also because, as emerges from the Observatory of the Italian Publishers Association (AIE) on new forms of editorial and cultural consumption, created in collaboration with Pepe Research, the library is the place of exploration, information, inspiration. There are more than 7 million (67% of readers) Italians who declare that to choose what to buy rely on the physical store, where they find the right incentives, and then eventually finalize the Internet spending. So the library is firmly confirmed as the main channel of purchase for books. To the point of orientating the choices of 81% of readers and the possibility of having discounts for small publishers can only be a first step to become part of a larger market.

The importance of suggestions and advice for the purchase or choice of a book through social and blogs is also growing: 20% of readers have chosen a book or an ebook thanks to the advice collected on the web (community, social, rankings on the sites e-commerce and more), while 28% rely on the bookshop and 22% prefer traditional media.
About one reader out of two is inspired to buy a book online by information and suggestions on the internet, on websites and blogs dedicated to reading. This also means a new possibility of dissemination for small and medium publishers, but it must be able to be exploited, so as to be able to reach a public partly different from the usual one and help them discover authors and publishers who are not always highly visible in the channels of sale.
Another very interesting point was the presence of foreign publishers and agents at the PLPL Rights Center interested in knowing the best of the editorial production of small and medium Italian publishing to be translated in their own countries. From the Observatory of the Italian Publishers Association (AIE) 2018 on the import – export of rights it emerges that Italian publishing continues to gain space abroad: between 2014 and 2018, in fact, the titles sold abroad increased + 36.5%, while those purchased fell by 10.7%. This trend is also valid for small and medium-sized publishers, which recorded a growth in the sale of rights (+ 7.2% only in the year), but also in the purchase (+ 2.7%). This growth for small and medium publishers is also favored by participation in fairs, or at the collective stand of AIE in major events: a presence that also allows smaller brands to establish the first relationships with foreign colleagues.

To conclude with a final positive figure for 2018, the turnover of small and medium-sized publishers increases (in bookstores, online stores excluding Amazon and without considering the large retailers in which they are not represented) of + 2.2% (partly also due at the selling price, which is 20-21% higher than other publishers), but also the number of copies (+ 1.2%) is growing.
More than one in three copies of those sold in 2018 (the figure stops at the first week of November) is a small or medium publisher. And as much as 41.8% of this year’s book market overall turnover (it was 39.8% in 2017) comes from this sector. This is what emerges from the Nielsen survey for the Italian Publishers Association (AIE):
“The Nielsen data – commented Diego Guida, president of the AIE Small Publishers Group – show that the growth of small and medium publishers does not stop in a moment of economic depression that sees families and readers cut spending on culture and so for the purchase of books, small and medium publishers, thanks to their liveliness and the differentiation of offers in the catalog, may represent the real news in a market that, even if slowly, is growing”.
Positive data emerge from this edition of Più libri più liberi 2018 that gives hope for more visibility opportunities for the pearls of small and medium publishing, which often are forced to remain unknown to the general public.

Più libri più liberi is promoted and organized by the Italian Publishers Association (AIE), with the support of the Center for books and reading, of the Ministry of Cultural Heritage and Activities, of the Lazio Region, of Rome Capital, of the Chamber of Commerce of Rome and ICE – Agency for the promotion abroad and the internationalization of Italian companies, with the contribution of SIAE – Italian Society of Authors and Publishers and BNL Group BNP Paribas.