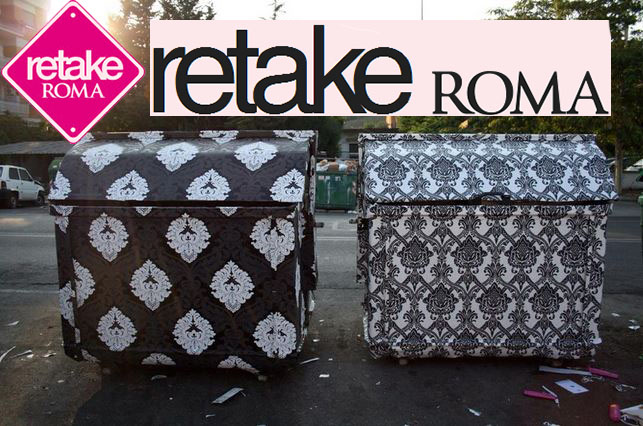 Think of the most beautiful city in the world and its citizens, weary of living in a state degradation. Put the decision to stop complaining and start doing something about it. Under these circumstances was born Retake Roma, a movement of volunteer citizens who fight urban decay. They have been active since 2009 and take care of beautifying the streets, parks, buildings and schools of Rome

Retakes’ volunteers, the Retakers, meet up on the weekends and after work to clean up the streets and with paint, anti-graffiti gel, sponges and scrapers, remove tags, illegal stickers and posters from public places, neglected by the institutions and the other citizens.

Retake is also, and above all, educating young people to respect the city. Through the project “Retake Schools, children and young people learn that caring for their school building is the first step towards a more loved and beautiful city. Through projects of legal street art, instead, the new generation understands that art is beautiful when done in respect of all the others. Retake Roma also works with institutions, pressuring them and keeping them accountable so that laws can be observed and people who violate the city sanctioned. 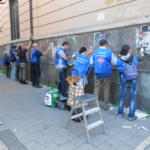 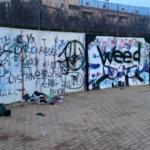 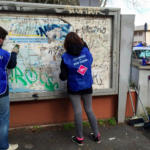 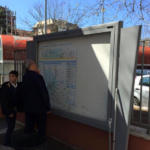 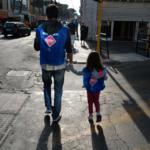 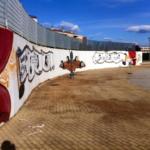 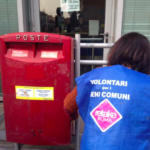 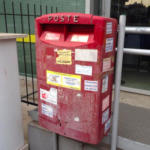 Retake has recorded an explosion in the summer of 2014. Started with few dozen volunteers, it has arrived to 60 groups divided by neighborhoods. Citizens in Turin, Milan, Florence and Bari have also opened Retake groups to beautify their own city. Throughout Italy, citizens are waking up and realizing that the quality of life of each of us is influenced by the decor of our cities.

To join Retake Roma and become the “Angels of beauty” of one of the most enchanting cities in the world, just follow the movement on Facebook here: https://www.facebook.com/retakeroma or go on the its website www.retakeroma.com and get in contact with your local group to start Retaking your own neighborhood.

Through Retake you can find that in a city like Rome, claiming back your public spaces and meeting other people with the same ideals will not do good only to the city itself, but also, and above all, to you.

Virginia Vitalone, 23 years old, is a journalist living in Rome. Since 2009 she is part of the Retake Roma movement. Last year she has become Retake’s press officer. You can contact her here @Retake_Roma
.